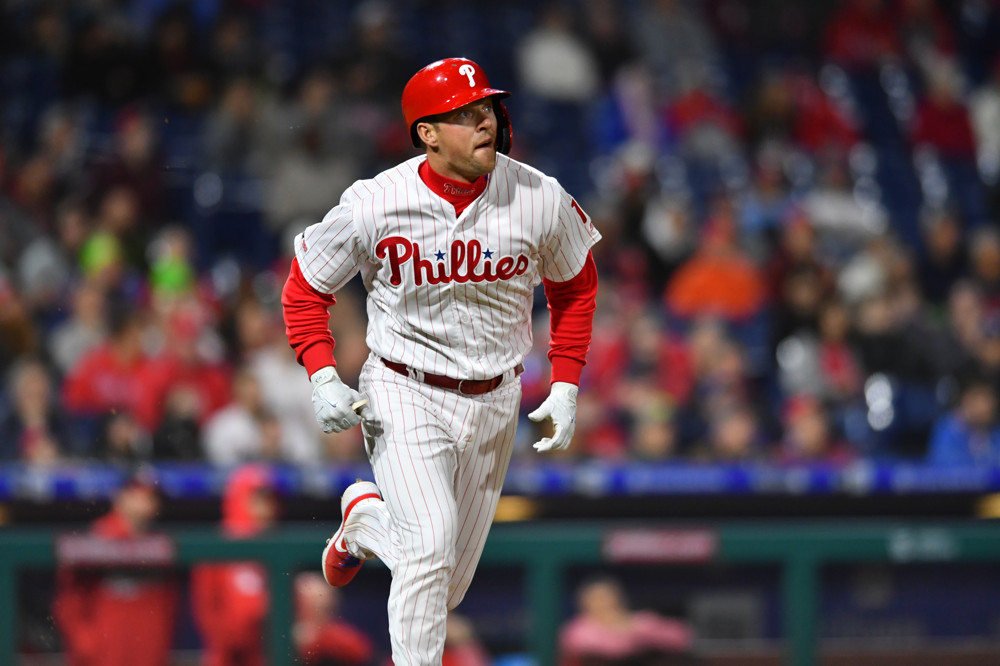 Five months after having surgery to repair a ligament tear in his left elbow, Rhys Hoskins will make his 2021 spring training debut for the Philadelphia Phillies Thursday.

Hoskins will get time as the team’s designated hitter, manager Joe Girardi confirmed to media on Wednesday following a 4-2 win over the Detroit Tigers. The Phillies will take on the New York Yankees at 1 p.m. and the game can be found on NBC Sports Philadelphia.

Hoskins was medically cleared for all baseball activities over one week ago, but has been eased back into things following his surgery last fall. The first baseman admitted he plans to be ready for the regular season opener on April 1.

While Hoskins is set to make his season debut on Thursday, there remains no word on when star right fielder Bryce Harper will make his debut. Harper could debut over the weekend, but will likely start at DH before heading to the outfield.

Lefty free agent signing Matt Moore, the team’s presumed No. 4 starter, will make his first start of the spring with Vince Velasquez slated to get some work behind him. Moore is fighting for a roster spot after playing in Japan in 2020.

The Phillies will continue to push forward this spring ahead of a return to play in front of roughly 8,000 fans at Citizens Bank Park this April.