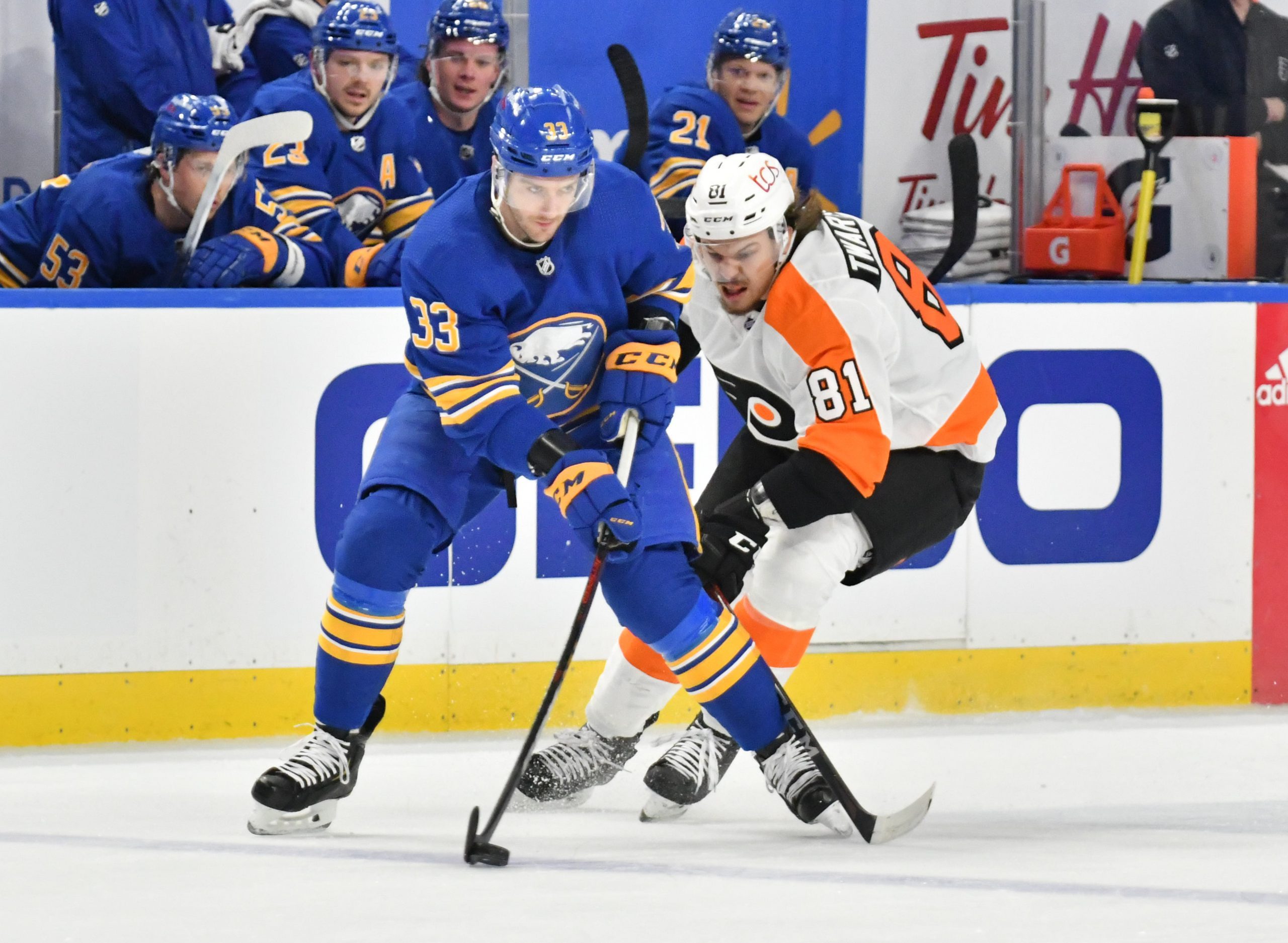 The Philadelphia Flyers erased a three-goal deficit on Monday night in Buffalo, but were unable to deliver the same result on Wednesday against the Sabres.

Alain Vigneault’s team saw its two-game winning run snapped after losing 6-1 to the Sabres. Linus Ullmark made 28 saves while Sam Reinhart and Curtis Lazar each tallied goals in a huge bounce back performance by Buffalo.

Following Monday’s suit, it was all Sabres in the opening 20 minutes as the Sabres rolled to a 2-0 first period lead. Reinhart’s shot deflected in off Justin Braun to break the deadlock just over nine minutes into the game.

It was Reinhart’s 13th goal this season, tops for the Sabres, who haven’t had many bright moments in 2021.

Two and a half minutes later saw Lazar make the Flyers pay after not dealing with a counter attack. A wide open Lazar streaked into the Flyers zone before rifling a wrist shot past Brian Elliott for his fifth goal of the season.

The Orange and Black would cut the deficit to one 3:50 into the second period as Ivan Provorov saw a fortunate bounce go in. His slap shot deflected in past Ullmark to make it 2-1.

Buffalo continued to pressure the Flyers even after seeing Provorov cut the deficit and eventually doubled their lead. Steven Fogarty’s first-career NHL goal extended the Sabres advantage to 3-1 after he beat Elliott from close range.

Casey Mittelstadt ended Elliott’s night with 4:21 left to play in the period, benefitting from a defensive breakdown to bury the Sabres fourth goal of the evening. Alex Lyon would replace Elliott in goal for the remainder of the game.

Michael Montour scored a pair of late goals including an empty net finish to add insult to injury for the Flyers in the final five minutes. It was Montour’s third-straight game against the Flyers in which he found the back of the net.

The Flyers scored a goal, but make no mistake, there were no highlights in this one.

The Flyers remain on the road this week as they next travel to the New York Islanders on Saturday.