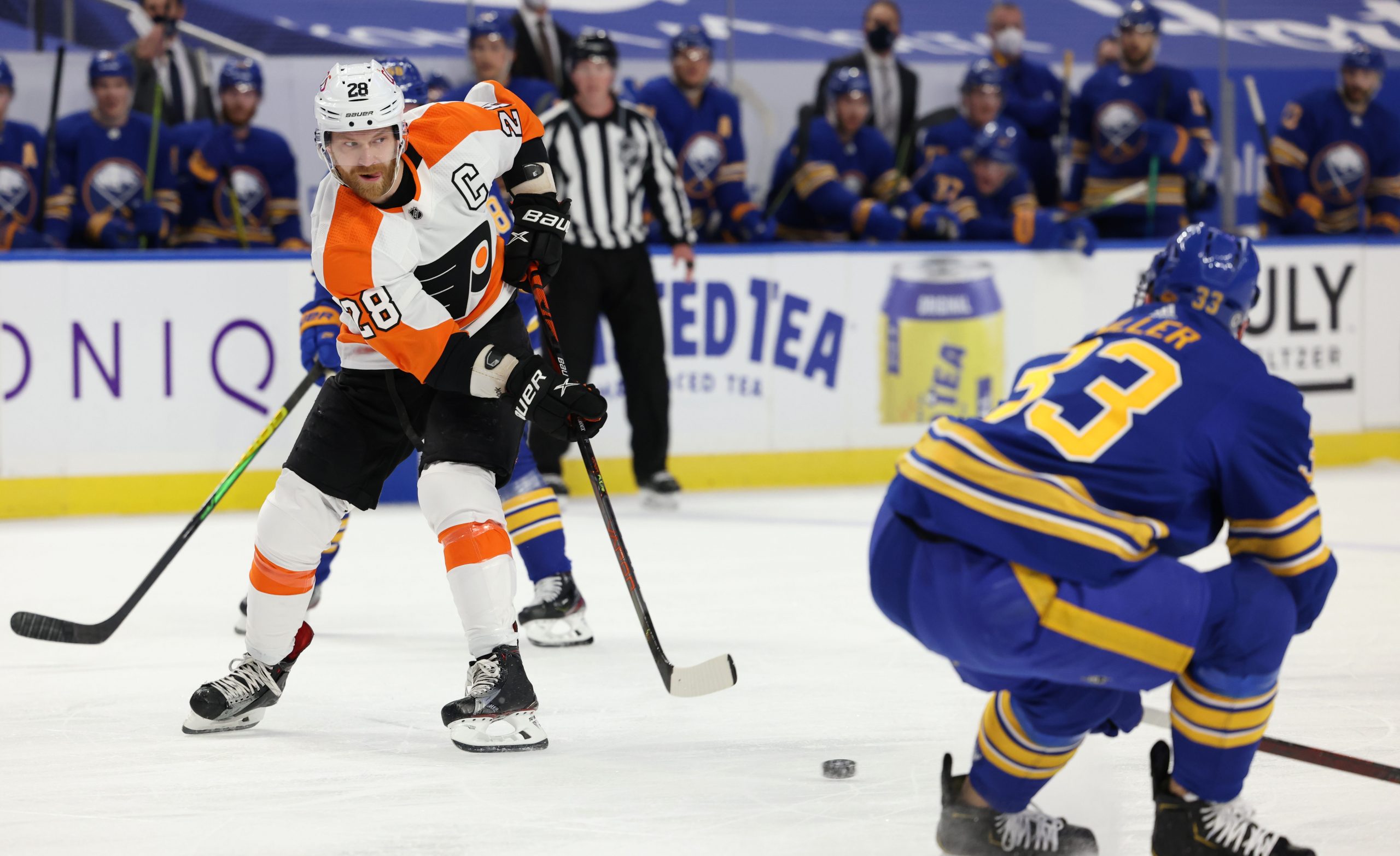 The Philadelphia Flyers came into Monday night’s showdown with the struggling Buffalo Sabres as major favorites to pick up a win, but looked anything but that after two periods of hockey. A major turnaround in the third period paired with a gutsy overtime spell helped the Orange and Black make it back-to-back wins for the first time in one month.

Claude Giroux registered one goal and one assist while Ivan Provorov scored the winning goal as the Flyers defeated Buffalo, 4-3, on the road. It was the Flyers’ fifth-straight win over the Sabres this season.

Provorov sealed the comeback in overtime, switching to his back hand before beating Linus Ullmark at 0:42 for his fifth goal of the season. Travis Konecny’s composed pass allowed the streaking defenseman to score a major goal in the Flyers season.

It was all Buffalo through the opening 32+ minutes of the game as the Sabres looked destined to snap their 17-game winless run. Henri Jokiharju’s wrist shot finish with under three minutes to play in the first period propelled Buffalo in a shocking 1-0 advantage.

Cody Eakin and Brandon Montour each added tallies in the second period to inflict further disappointment to the Flyers players, giving the Orange and Black a major mountain to climb for any chance at points.

Kevin Hayes’ 11th goal of the season started things off nicely in the third period as the veteran forward beat Ullmark from his knees to begin the turnaround.

Claude Giroux cut the deficit to 3-2 with 9:09 remaining in regulation, forcing his way to the front of the net before slamming home a pass from Sean Couturier. It was Giroux’s ninth goal of the campaign.

Couturier hit double-digits this season by tipping home a shot from the point by Provorov with goaltender Brian Elliott pulled. Buffalo came close to scoring into the empty net, but it was the Flyers who lit the lamp to force overtime.

After Giroux forced an error from Rasmus Dahlin along the boards, Konecny fed Provorov for the winning goal on a two-on-one scenario.

Despite facing behind early, the Flyers moved four points clear of the sixth-place New York Rangers and are now one point behind fourth-place Boston. Alain Vigneault’s team will look to make it three wins in a row as they face off with Buffalo on Wednesday.