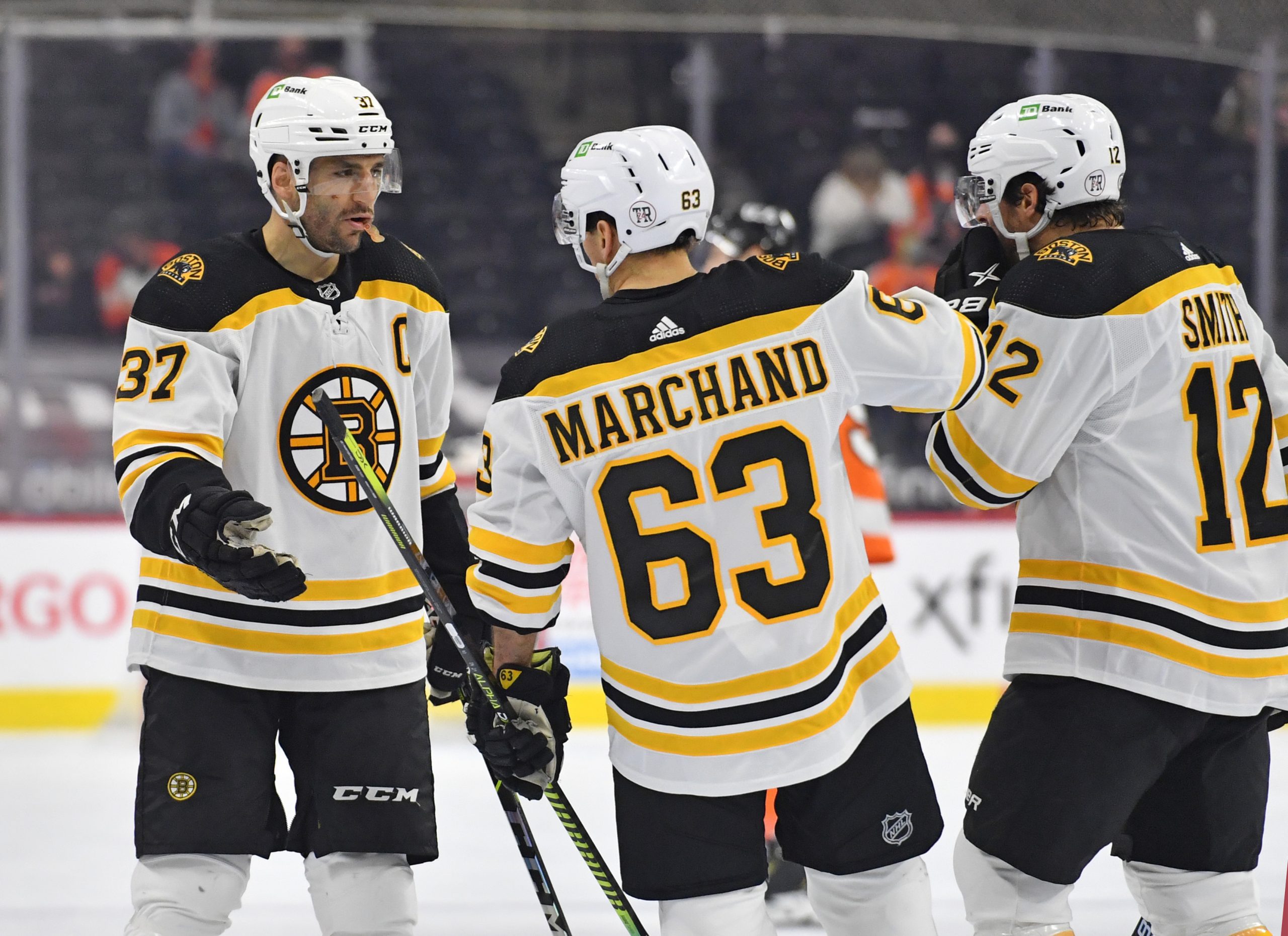 Patrice Bergeron has normally done well against the Philadelphia Flyers in his career, but Tuesday’s performance was the perfect rebound for his error on Monday night.

Bergeron’s sixth career NHL hat trick propelled the Bruins to a 4-2 road victory at the Wells Fargo Center. Goaltender Jeremy Swayman made 40 saves in his NHL debut while Brad Marchand also scored for the visiting Bruins to move to five points ahead of the Flyers in the East Division standings.

“We knew what was at stake going into this game,” Flyers head coach Alain Vigneault said. “I thought our guys played with urgency. I thought we played the right way. We checked when it was time to check. We didn’t give them a lot of looks. We got some great looks. We weren’t able to finish, and they were able to finish. That was the difference in tonight’s game.”

It was all Boston in the opening 20 minutes as Bergeron made up for his costly error in the final moments of Monday’s over time loss. Bergeron tucked away a wrist shot past Carter Hart 7:09 into the game, giving him five goals against Philadelphia this season.

The veteran forward was at it again with 2:29 remaining in the opening period, scoring on the power play for his second of the night. David Pastrnak and Brad Marchand were credited with assists on the wrist shot finish by Marchand, giving the visitors a two-goal advantage.

However, the Flyers would hit back in strong fashion in the second period, tying things up with two goals in a 2:30 span. Jake Voracek tipped home a shot from Travis Konecny for his sixth goal of the campaign, starting a busy period for the Flyers.

Shayne Gostisbehere’s slap shot off a Voracek pass not long after, tied the game at 2-2 and gave the veteran defenseman his sixth goal of the campaign.

Jake and Ghost brought us back into it. Now we need to finish it. #AnytimeAnywhere | #BOSvsPHI pic.twitter.com/ERV1j74H7a

The Flyers would finish the second period with 25 shots on goal, but could not find a lead to take into the final period of action.

Boston stole the lead 8:21 into the final period with Marchand creating room before sliding a shot through the five hole of Hart. It was a confident short-handed finish from the veteran center, completing his 50th career three-point night in the NHL.

Despite heavy pressure late in the game, the Flyers could not find a tying goal once again, falling five points back of the Bruins heading into Thursday’s trip to Nassau Coliseum.

Bergeron would cap his hat trick by scoring into an empty net, giving Boston a sigh of relief ahead of Saturday’s next content in Philadelphia against the Orange and Black.

“I felt good,” Hart said post game. “Obviously you want one more save there at the end. We played a great game. Generated some chances. Got a lot of shots on net. Their goalie played well. Congrats to him for his first win there. Like Osky [Lindblom] said there’s a lot of points still to be played out here. We just got to prepare for Thursday.”

The Flyers head back on the road this Thursday to face the New York Islanders.