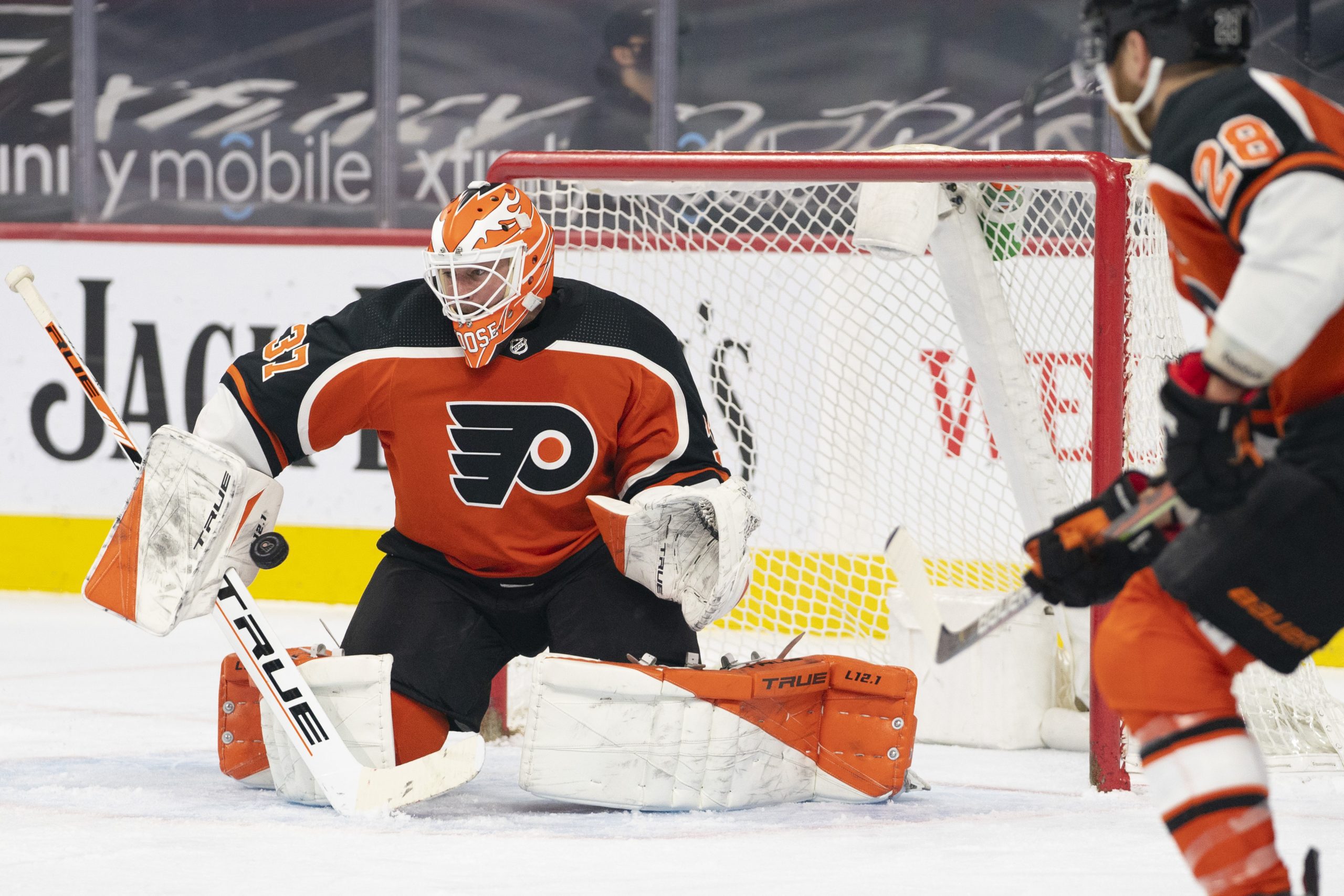 Brian Elliott hasn’t gotten a ton of the spotlight for the Philadelphia Flyers this season, but the veteran goaltender made sure he was in it on Saturday afternoon.

Elliott made 30 saves at the Wells Fargo Center, while Travis Konecny and Sean Couturier each scored goals in a bounce-back home win over the Boston Bruins. It was the Flyers’ second victory over Boston in eight total meetings this regular season, which now moves them to four points back of the Bruins for fourth place in the National Hockey League’s East Division.

Patrice Bergeron continued his good run this week, scoring the opening goal for Boston in the opening five-and-a-half minutes. Bergeron was left open in front of goal to snipe home a shot past Brian Elliott for his fourth goal this week against the Flyers.

Craig Smith and Brad Marchand were credited with the assists.

As the Flyers eventually got their way into the offensive zone, their determination would pay off with Travis Konecny benefitting from a juicy rebound. Robert Hagg’s shot forced Jeremy Swayman into a save, but Konecny pounced on the loose puck for his ninth goal of the season.

The Orange and Black would take a 2-1 lead into the first intermission, with Konecny helping the Flyers earn a power play opportunity. After getting punched in the face by Jeremy Lauzon and drawing a roughing call on him, Konecny’s shot on the power play was redirected in past Swayman by Shayne Gostisbehere.

Boston hit back past the halfway point of the second period as Jaek DeBrusk was left in a good position to score. Smith connected with DeBrusk, whose one-timer ended up top shelf on Elliott for his fourth goal of 2021.

Just when it looked like Boston would keep the momentum in their favor, the Flyers took a third period they would not relinquish. Joel Farabee’s unselfish pass to an open Sean Couturier allowed the center to score past a diving Swayman.

Jake Voracek thought he had iced the game for the Flyers after redirecting Gostisbehere’s shot past Swayman later in the period, but the goal was waved off for goaltender interference after a Boston challenge.

However, Elliott would make some key saves in the final minutes to preserve the much-needed victory. A gritty defensive effort helped the Flyers pick up a crucial two points ahead of another busy week of divisional action.

Alain Vigneault’s team is back in action on Sunday at home against the Buffalo Sabres.