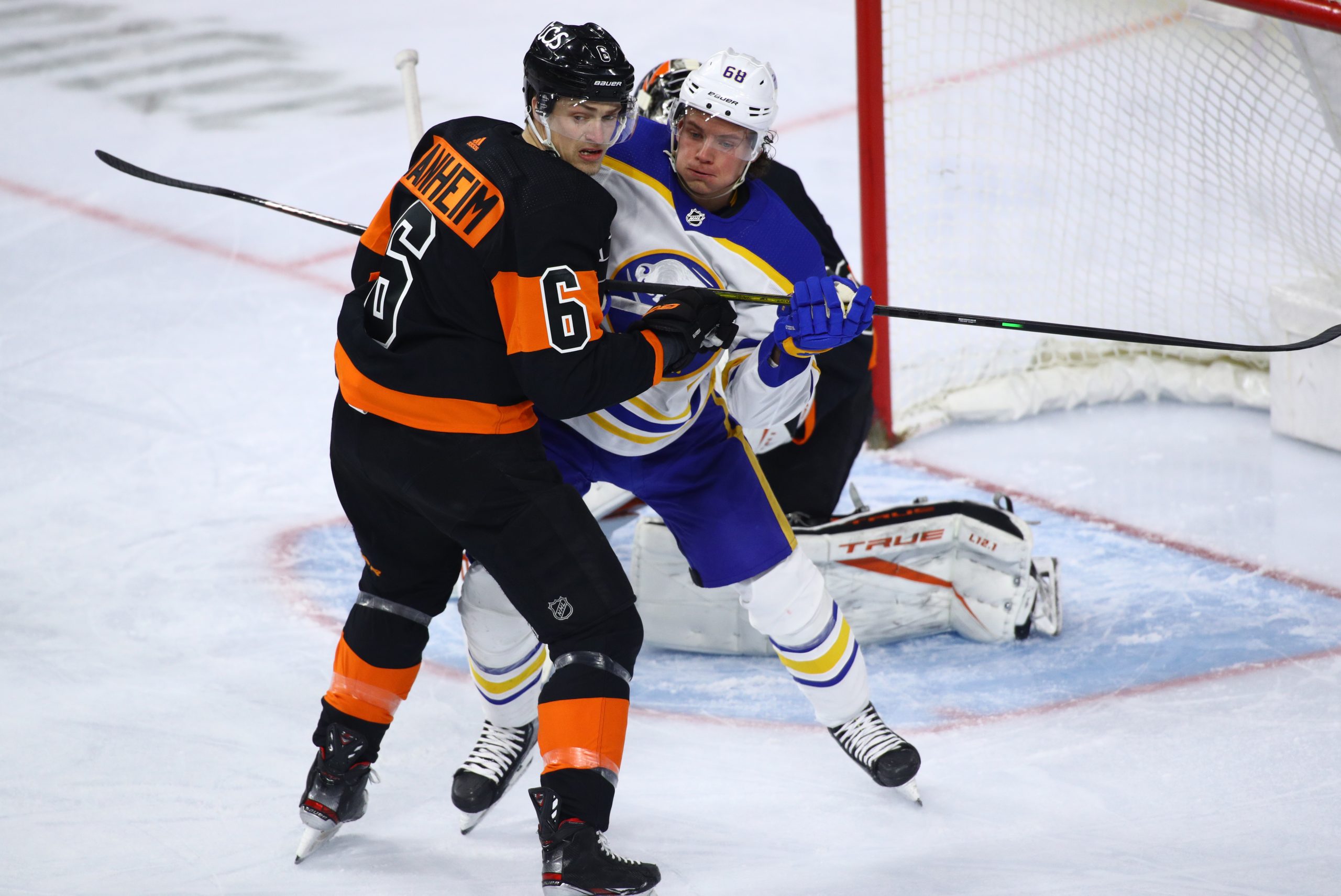 One would think after defeating the Boston Bruins on Saturday, the Philadelphia Flyers would be brimming with confidence ahead of Sunday’s showdown with struggling Buffalo. Not quite.

Buffalo handed the Flyers another humiliating loss this season, scoring three unanswered goals in the third period to walk away 5-3 winners at the Wells Fargo Center. It was a shocking performance from the Orange and Black who were arguably coming off one of their best outings of the season.

Philly started strong, scoring twice in the first period to have a two-goal advantage after 20 minutes of play. Oskar Lindblom was credited for the opening goal, but the Swede was helped by Linus Ullmark’s error of kicking the puck into his own net at the 8:24 mark.

Joel Farabee doubled the Flyers advantage not long after, scoring on the power play for his 15th goal of the current season.

Oskar and Joel taking care of business on Broad.

After that, Buffalo woke up and swing momentum back into their favor, scoring two goals in a 0:46 span early in the period. Sam Reinhart’s snap shot finish past Carter Hart started the comeback before Arttu Ruotsalainen’s first NHL goal tied things up at 2-2.

Shayne Gostisbehere made it 3-2 Flyers early in the final period, snapping home his eighth goal of the season. The Flyers did well to repel pressure as the period went on, but eventually saw the wheels come off in the final 3:03.

Jeff Skinner’s fifth goal of 2021 tied things up before both Rasmus Asplund and Casey Mittelstadt added goals in the final minutes to cap the final score at 5-3. It was a definite breakdown from the Flyers defensive unit, who remain four points back of Boston ahead of the Bruins’ showdown with Washington tonight.

The Flyers start another busy stretch on Tuesday, heading on the road to face the Washington Capitals.