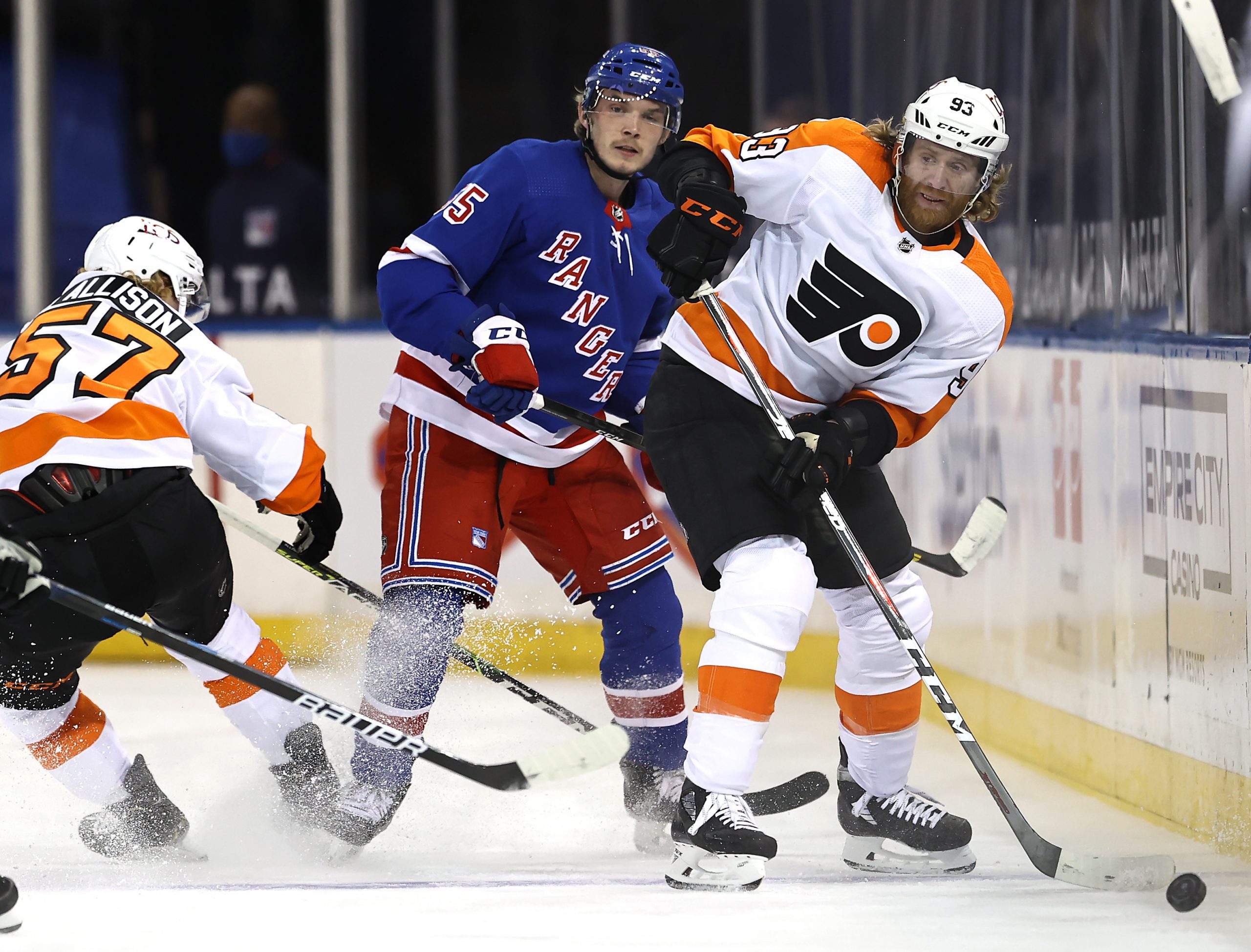 James van Riemsdyk has seen his season cool off since a strong start this past winter, but delivered a top performance in the Philadelphia Flyers come back win at Madison Square Garden on Thursday.

Van Riemsdyk scored twice on the power play while Brian Elliott made 33 saves as the Flyers defeated the New York Rangers 3-2. It was an important victory on the road for the Orange and Black, who remain alive for now in the playoff race.

It wasn’t a positive start for the Flyers, who fell down early in the first period. Brendan Smith’s fourth goal of the season, put the host Rangers ahead midway through the opening period of action.

The forward fired a slap shot past Elliott to give the Rangers an early advantage on home ice.

After hanging on defensively, the Flyers would tie things up late in the second period. Van Riemsdyk’s first power play goal of the game made it 1-1, after the puck bounced off his face.

The goal gave Alain Vigneault’s side some life heading into the final 20 minutes.

Philadelphia swung the game in its favor, thanks to a 3:38 spell midway through the final period. Van Riemsdyk finished off his second PP goal of the night, thanks to assists from Ivan Provorov and Kevin Hayes, before Jake Voracek delivered the insurance tally to give the Flyers a two-goal lead.

Artemi Panarin pulled a goal back for the Rangers, his 17th of the season, but Elliott would make several crucial saves down the stretch to ice the road win.

The Flyers are back at it on Friday at MSG once again.