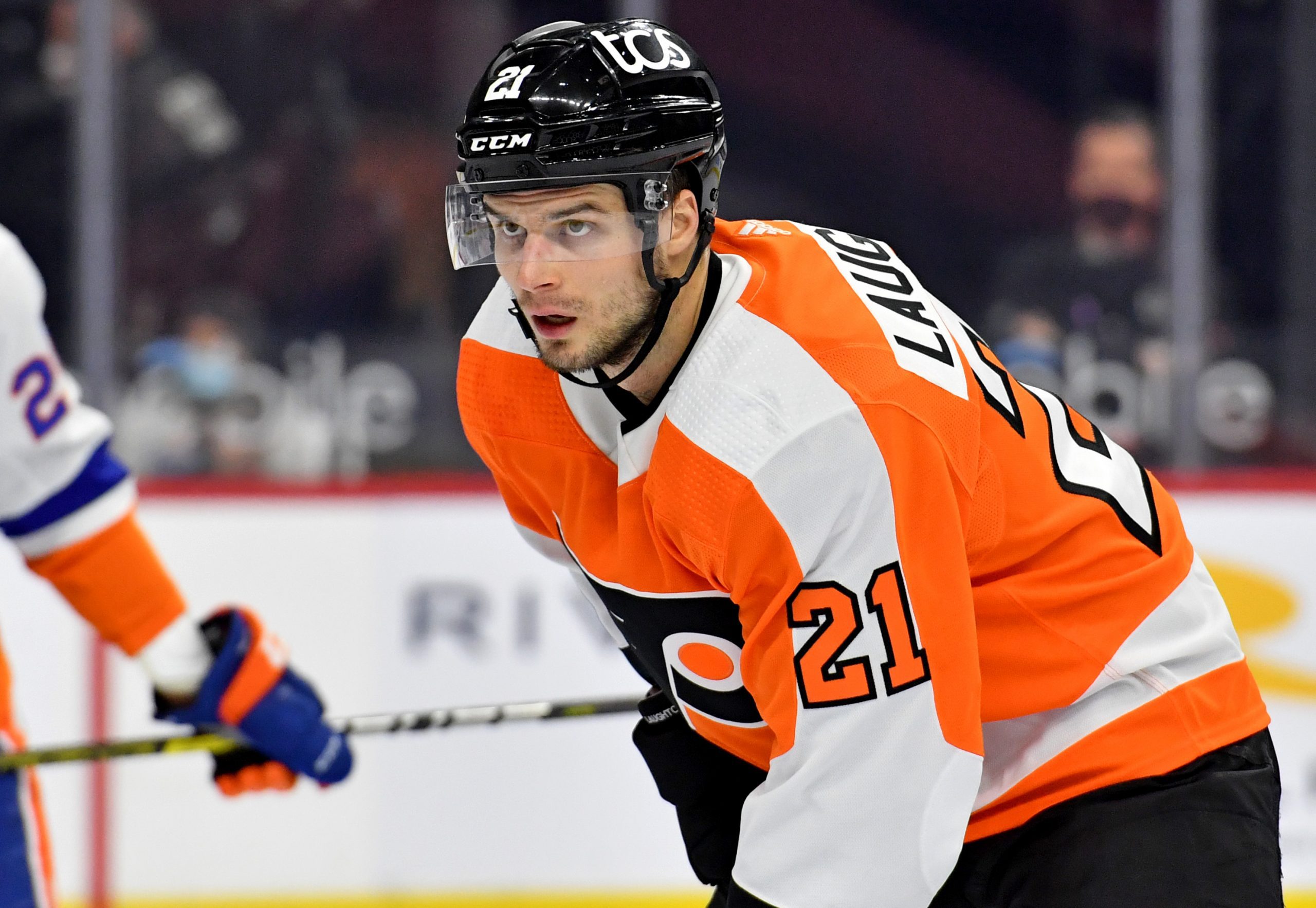 While the Philadelphia Flyers didn’t make any additions prior to Monday’s NHL Trade Deadline, they did lock up a key piece of their roster for the long-term.

Gritty center Scott Laughton signed a new five-year contract with the Flyers, which totals $15 million for an average annual value of $3 million. Laughton was set to become an unrestricted free agent this summer, but is now set to rep the Orange and Black through the 2026-27 season.

The 26-year-old Ontario, Canada native was a former first round pick by the Flyers in the 2012 NHL Draft. He is currently in the final year of a two-year contract with the team, before his new contract starts this Fall.

Laughton currently has seven goals and 10 assists for 17 points in 38 games for the Flyers this season to go along with a +7 rating and 15:34 average ice time. He has increased his goal totals and points per-game pace in each of the last three seasons and has scored 42 of his 51 career goals, and 96 of his 123 career points in the last four seasons.

Over parts of eight seasons in the NHL, all with the Flyers, Laughton has accumulated 123 points (51 goals, 72 assists) in 359 games.

Laughton will return t0 action with his Flyers teammates on Tuesday as the Orange and Black visits the Washington Capitals.

Chuck Fletcher traded away a pair of veteran players on Monday afternoon, trimming the roster for the final few weeks of the regular season.

The Montreal Canadiens acquired defenseman Erik Gustafsson while veteran forward Michael Raffl was traded to the Washington Capitals. Gustafsson was traded for a seventh round draft pick in the 2022 NHL Draft.

The veteran defenseman signed a one-year, $3 million contract as a free agent this past offseason while Raffl has played his entire NHL career to date in Philadelphia.

Gustafsson recorded 10 points in 24 games for Alain Vigneault’s team this season, but will have a better chance of playing postseason hockey elsewhere. The 29-year-old Swede has averaged 17:24 of ice time per game with the Flyers this season, but hasn’t helped them sure up their issues on the back end.

Raffl, 32, has scored three goals and added five assists for eight points in 34 games this season. The Austrian native is in his eighth NHL season and has recorded double-digit goals in three of those eight seasons.