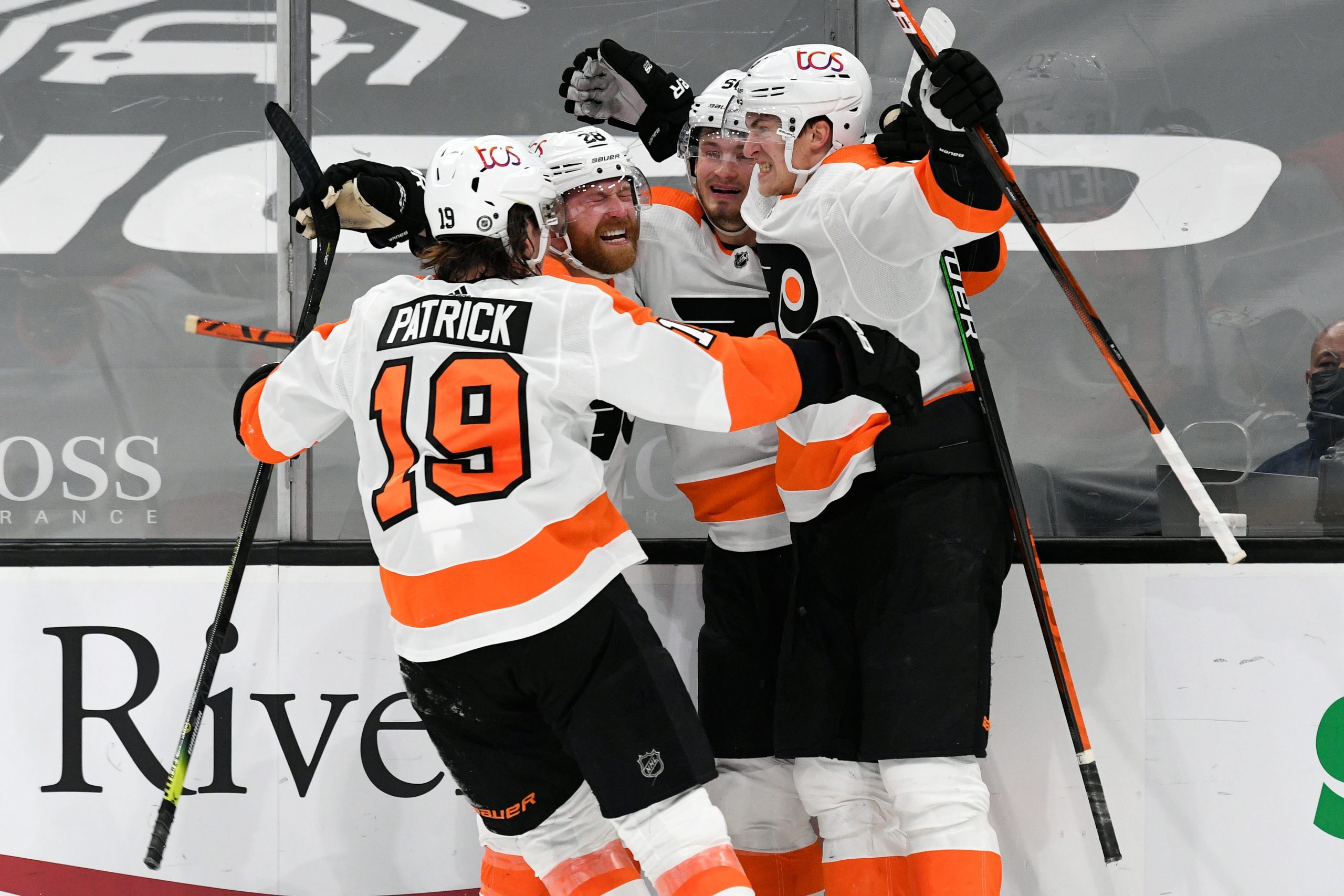 The Philadelphia Flyers kicked off an important week in their regular season by downing the Boston Bruins for the first time in 2021.

Travis Sanheim’s overtime winner 3:08 into the extra period sealed a comeback 3-2 victory for the Orange and Black at TD Garden. It helped the Flyers snap a two-game losing streak and move to three points of the Bruins for fourth place in the East Division.

For the first time since March 22nd, the Flyers grabbed a lead and gained some confidence in the early going. Travis Konecny’s eighth goal of the season broke the deadlock with 9:45 left to play in the first period.

Claude Giroux set up Konecny, who scored from his knees to end his scoring drought.

Karson Kuhlman answered for Boston though before the end of the period, beating Brian Elliott for his second goal of the season. Charlie Coyle set up Kuhlman, who flung a wrist shot in to make it 1-1 after the opening 20 minutes.

Boston needed only 0:46 into the second period to take a 2-1 advantage. Patrice Bergeron scored on the power play for his 12th of the season, putting the Bruins in good position early in the period.

While Boston tried to ice the game, the Flyers would answer back as Sean Couturier came up clutch near the midway point of the third period. His 11th goal of the campaign, this from the power play, tied things up and forced overtime between the rivals.

Sanheim’s unassisted wrist shot off a breakaway in overtime proved to be the winning goal as the Flyers grabbed an important two points on the road. Bergeron’s slip and giveaway led to the breakaway by Sanheim and the defenseman made no mistake in his heroic finish.

Elliott finished with 27 saves to claim his ninth win of the season, to move to 9-5-1.

The Flyers return to the Wells Fargo Center on Tuesday with the Bruins coming to town for the first of two visits this week.