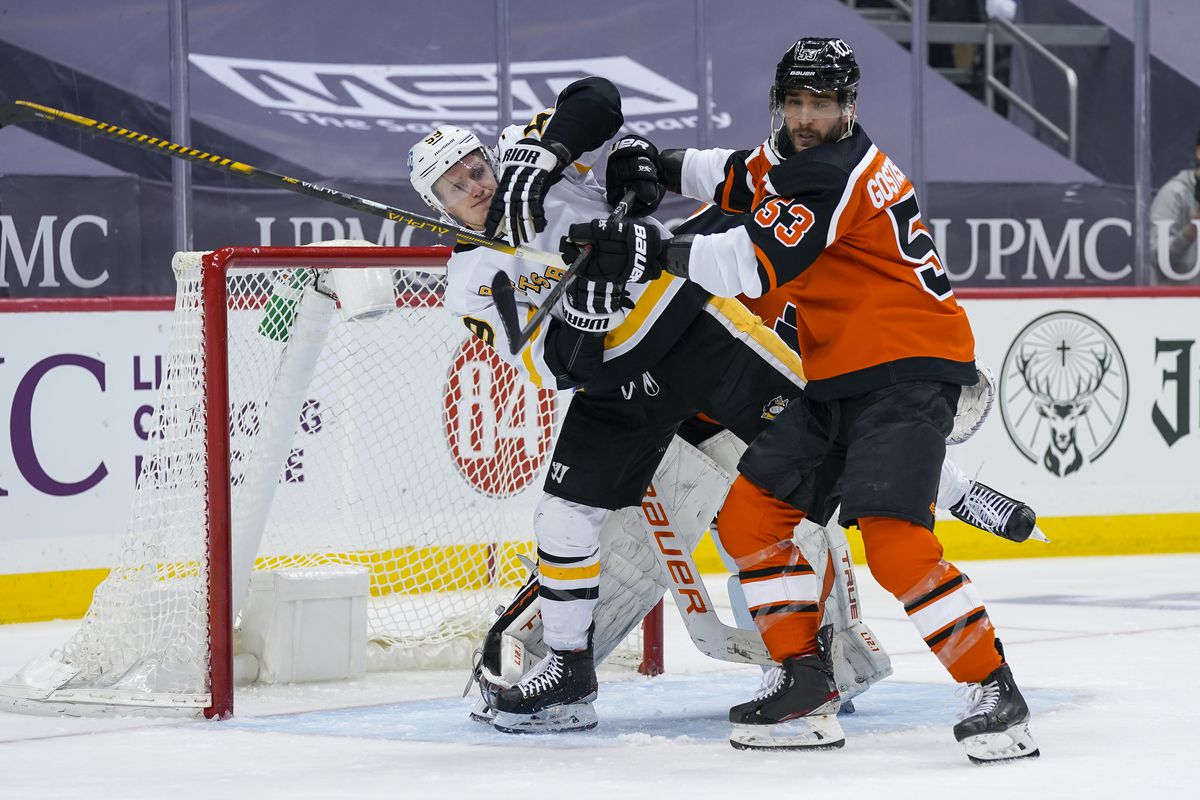 Carter Hart hasn’t had many spectacular moments in 2021, but he showed signs of his old self in Thursday’s bounce-back win in Pittsburgh.

Hart made 32 saves, including a pair in a shootout, propelling the Philadelphia Flyers to a 2-1 victory over the Pittsburgh Penguins. It was the Flyers’ first-ever shootout win over the Penguins, and only their second this regular season.

Claude Giroux and Sean Couturier each scored in the shootout at PPG Paints Arena, settling the score and handing the Flyers an important two points on the road.

After a scoreless opening period, Pittsburgh broke the deadlock with Sidney Crosby taking advantage of an error by Hart. Crosby’s wrist shot after a missed poke attempt by Hart, beat the young goaltender and gave Pittsburgh a 1-0 lead 5:04 into the period.

The Flyers remained in the game and also had some good chances to equalize, but Tristan Jarry kept the Orange and Black at bay through 40 minutes. Jake Voracek answered though early in the third period with his eighth goal of the season, setting the tone for a turnaround win for the Flyers.

His wrist shot 1:24 into the period tied things up, and ultimately gave the Flyers life for the final minutes. Hart made several key saves to force overtime and even denied Jake Guentzel in the extra period with help from the crossbar.

After neither team could break the deadlock in overtime, the rivals settled the game in a shootout. Claude Giroux’s nifty fake and finish fooled Jarry before Couturier’s back hand finish from a tight angle extended the Flyers’ lead to 2-1 after Guentzel’s opener.

However, Hart wasn’t fooled on wrist shots from both Crosby and Kris Letang from point-blank range, sealing an important victory on the road.

The Flyers return to the Wells Fargo Center this weekend for a back-to-back against Washington and the New York Islanders.