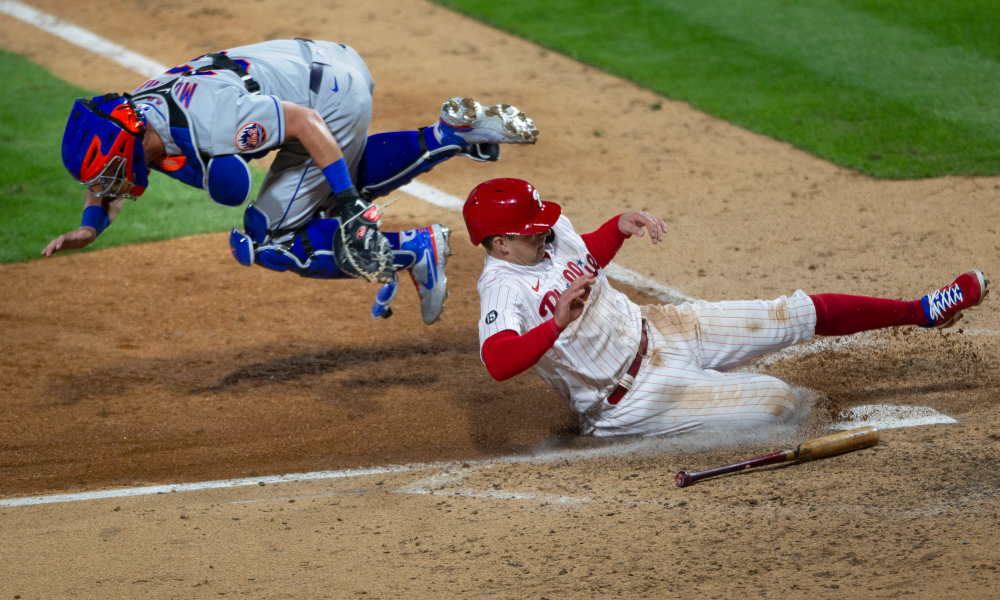 Philadelphia really has some of the best radio broadcasters in sports. That was put on full display once again Monday night, as the Flyers won in thrilling fashion over the Bruins in overtime, and not long after, the Phillies overcame one of the game’s best pitcher, if not the best, to score five runs in the bottom of the 8th inning against the New York Mets to propel them to a 4-0 record to start the season.

Of course, the Phillies’ radio voice, Scott Franzke, was there to call it all.

Not as good, but here's Franzke's call on JT's game-tying single… and of course, LA chimes in on Hoskins' jump on the ball #RingTheBell pic.twitter.com/fxvZQH4OiJ

Not to be outdone, the Flyers have a pretty damn good radio broadcaster, too. While Jim Jackson may be the best television broadcaster in this city over everyone else, Tim Saunders is still a great voice on the airwaves. Here’s his call of Travis Sanheim’s overtime winner.

I gave him some love in the playoffs because there was no JJ (nobody compares), but here's Tim Saunders' call of Sanheim's overtime winner tonight #AnytimeAnywhere pic.twitter.com/qVRpXpBRss