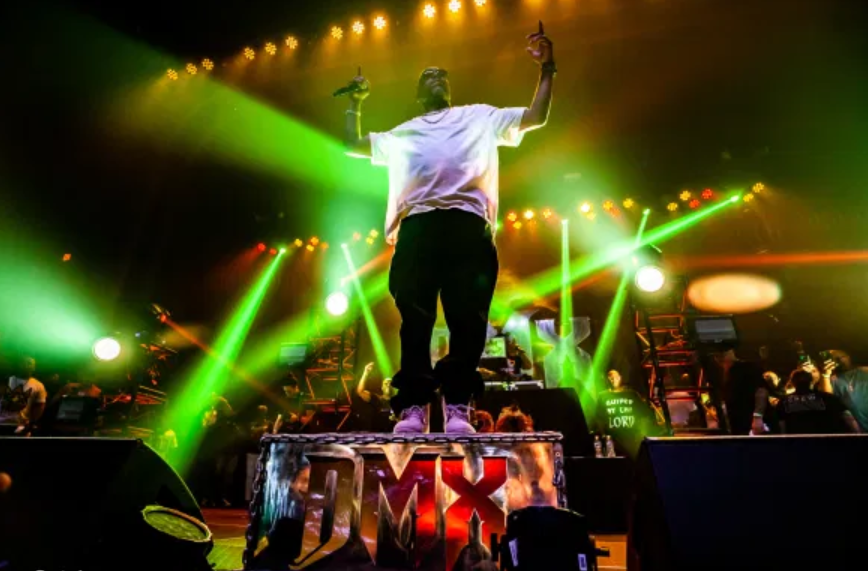 The legendary rapper DMX passed away on Friday at the age of 50. WrestleMania 37 took place in a two-night event at Raymond James Stadium in Tampa, which saw Bianca Belair and Bobby Lashley dominate night one. Night two opened with some questionable booking of the Fiend and ended with the Roman Empire standing tall. The Phillies beat the Braves on ESPN in controversial fashion Sunday night. All this and more in this week’s Brew.

DMX, the chart-topping rapper who blended aggressive menace with emotional sincerity, has died at age 50 following a heart attack https://t.co/4ntm2nbEss

“If I was to drop dead right now, my last thought would be: I’ve lived a good life.” – DMX, February 2021 pic.twitter.com/aB3hqXbbHx

The energy X brought was infectious

Def Jam pays tribute to DMX: “His message of triumph over struggle, his search for the light out of darkness, his pursuit of truth and grace brought us closer to our own humanity.” https://t.co/GFako9U1Jb pic.twitter.com/cLLO1RfwJT

Redman shared his thoughts on DMX

DMX had a way with his words

DMX to be honored in Yonkers

DMX to Be Honored in Hometown, Yonkers Mayor Suggests Raceway for Memorial https://t.co/fdG3dMTJ1g

WrestleMania Roundtable on The Gambler

Mother Nature struck on night one for WrestleMania

A formal announcement was made at Raymond James Stadium that the severe weather has passed and fans can take their seats. #WrestleMania pic.twitter.com/4toxbLwBbp

Night one belonged to Bianca Belair

Loved the ending to night one! @SashaBanksWWE and @BiancaBelairWWE had a killer main event! Feel good moment for Bianca! #WrestleMania pic.twitter.com/WVjHaRjJIY

HE THREW SHANE MCMAHON OFF THE STEEL CAGE 🤯

Reigns pinned both Edge and Bryan at the same damn time

The Fiend’s entrance was great

The Fiend returned to his old form

What has become of @AlexaBliss_WWE? #WrestleMania pic.twitter.com/tkGHSfybyF

So which night of WrestleMania was better?

“This is where my 🦷 literally gets snapped in two.” – @IAmJericho 😮@steveaustinbsr and Jericho discuss some of Y2J’s greatest matches and moments on an all-new #BrokenSkullSessions, streaming exclusively on @peacockTV in the U.S. and @WWENetwork everywhere else. pic.twitter.com/TFLLmiUqGp

A closer look at the slide at home plate

Alec Bohm is ruled safe live despite that his foot did not appear to actually touch the plate…the play was reviewed and upheld to give the Phillies a 7-6 9th inning lead pic.twitter.com/ySTQts8Dmb

The Braves were a tad salty

What about Philly fans?

Great move by the Braves

Friday: @iamjamesscott1 and his son Joshua gave their @FreddieFreeman5 home run ball to a Braves fan.

Tonight: Freddie surprised Joshua with a baseball autographed by both Freddie and @bryceharper3! pic.twitter.com/N9ciuOzHbq

On Thursday evening, Fox News star Tucker Carlson defended the “white replacement theory,” which has served as inspiration for white-supremacist murderers in the U.S. and abroad. On Friday, the ADL called for Carlson’s ouster https://t.co/DssH19xWgA

The Former guy is a very bitter man

Donald Trump veers off script in a speech to top GOP donors, slamming Senate Minority Leader Mitch McConnell and saying he was “disappointed” in his vice president, Mike Pence. https://t.co/2DgZP5Kao4

This is a total lie.

I am on a pre-planned vacation with my fiancée. I was welcomed at Trump Doral days ago.

No such meeting was denied nor sought.

When can we expect a retraction? https://t.co/6oaW7JlXUt

COVID Vaccinations in Philly roll on

On Monday, residents in Phase 1C will be eligible to get the COVID vaccine in Pennsylvania, and the list of eligible residents is increasing in Philadelphia.​ https://t.co/mz16zYwEDl

Hideki Matsuyama, the first Japanese man to win a major, is your 2021 Masters champion. #themasters pic.twitter.com/WSQz1xNnbY

I guess MAGA only backs the blue sometimes

The message from the Shameless series finale