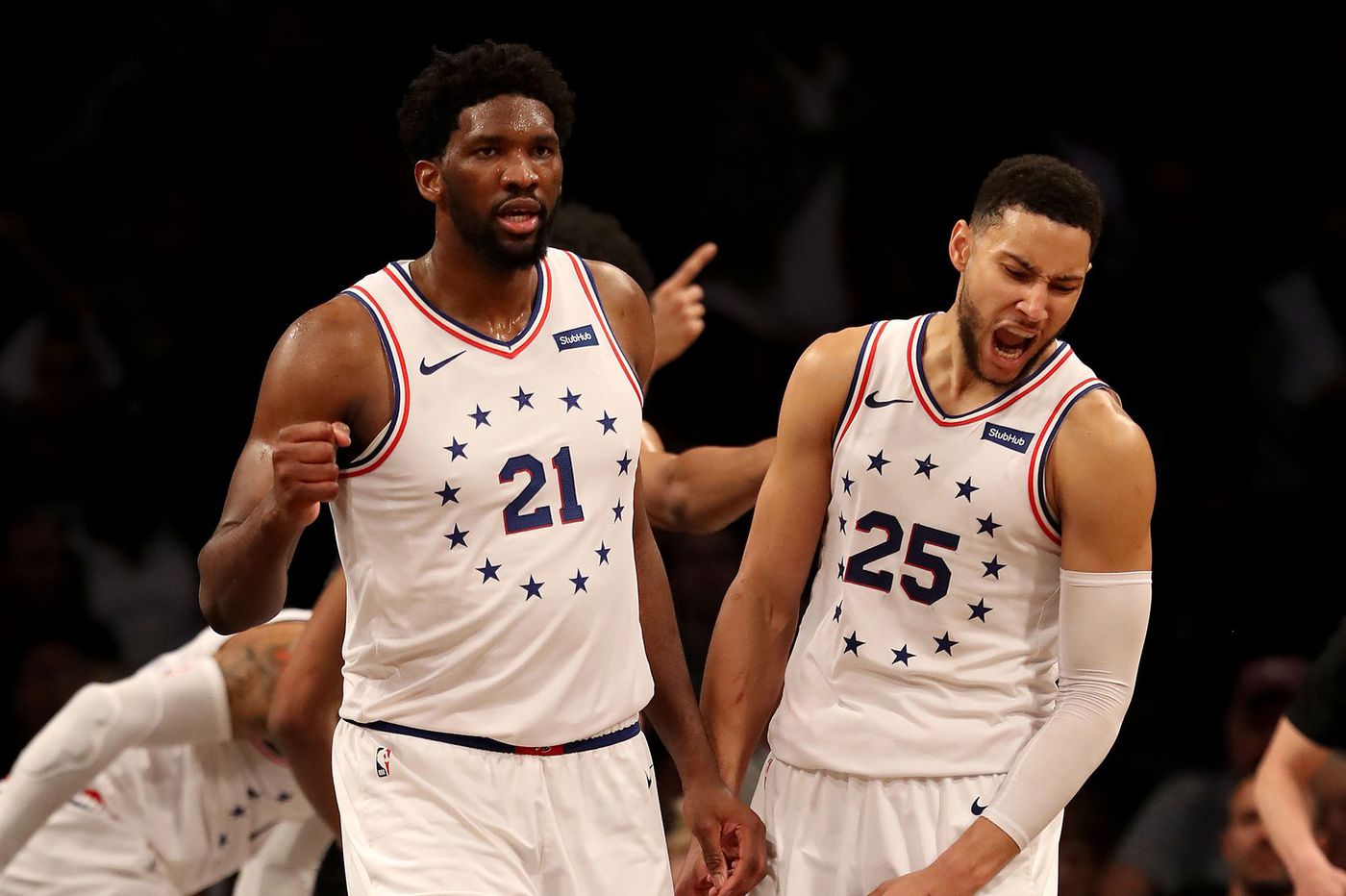 Well, we are about to hit our first big milestone … pick 100 of the blog will be included in this Six-Pack. Obviously, as you can tell by the current record, we have had some very solid success. But like a lot of things here at Pi, we are still building up and even better things are yet to come. Before jumping into the picks, I want to say thank you to Nick Piccone and Sean Brace for all the help they have given me over the past few months here. Nick runs the site and edits each post, and if you think I blabber on about nonsense that has zero point now, just imagine how bad it would be if he was not there. Sean helped me get started with the crew here at Pi and The Gambler and gave me the chance to have a spot to talk sports betting. Without those two, this blog is not here and we don’t have all of those winnings so far, so show them some love as we celebrate this 100th pick edition.

Now that we are through my version of an Oscars acceptance speech, let’s get back to the real reason you are here. We still have a ton of sports action going on these next few months, and you can be damn sure I’ll be making picks on all of it. With that, here is your Saturday Six-Pack (100th pick edition!):

Going to get straight to the point with this one. The Flyers Over is now and has been for quite a while one of my favorite bets for the last few months. Their defense and goal tending has been poor over the course of the season, which has caused the over to hit in 26 of their 39 games (in other words twice as often as the under). Today’s game the total currently sits at 5.5.

Specifically in this season against Boston, the Over has hit in five of their seven match-ups. We all know that the Flyers have had their struggles this season, especially against the Bruins. As part of my rule, I will not bet actively against the Flyers, but I’d be lying if I wasn’t expecting it to be Boston putting up most of these goals.

Let’s hope I’m wrong on that front and that we get a nice 6-0 Flyers victory.

I mentioned on Thursdays Daily Ticket that I’d be very nervous as an A’s fan this season, as their early season play of getting blown out frequently was a big concern for me. They now sit at 2-7, and while it has been as bad in their last 4 games as it was in their first 5 of the season, I’m still thinking this is going to be a long year in Oakland.

That being said, I’m not sure there is value on the ML or the run line today against the Astros. Where I am seeing some value is on the Total which currently sits at 9. In what will be the second start of the season for both Frankie Montas and Jose Urquidy, neither pitcher really impressed me in their debut starts of the season. I’m also not expecting both of them to all of a sudden be in mid-season form come 4 O’clock today.

Another interesting tid-bit on this game, is that the Astros and Athletics have gone under in 3 and 4 straight games respectively. Normally, that would make me go under. But when I look at these results, most of those contests were under only by 1 or 2 runs in each game, with a single team doing the majority of the scoring. I think we are due for a closer game, but still have both offenses putting some runs together.

Give me over 9 runs in the game.

Can somebody please get me a doctor? I need a doctor because I am officially ready to pronounce the Tampa Bay (formerly of Toronto) Raptors dead.

Raptors are 2-8 ATS in their last 10, and as I mentioned on Thursday’s Daily Ticket, this team is heading the wrong direction and I don’t see it getting any better. Specifically in regards to this Cleveland match-up, the Cavaliers just beat the Raptors on March 21, 116-105, when the Raptors were favored by 7.5 points. The books seem to keep giving the Raptors some slight respect, remembering the team they were the last several seasons, but this is not this same team. The Raptors are again favorites on the road against the Cavs, this time by just 2.5 points.

By the way, VanVleet is already ruled out and Lowry is a game time decision. I don’t need to wait to realize the wrong team is favored here, give me the Cavaliers!

Take the 2.5 points with Cleveland.

In prime time tonight on ABC, we have what is favored to be the Finals preview (according to DraftKings Sportsbook) in what normally would be one of the highest-rated NBA games of the regular season. Unfortunately, not sure if you’ve heard, but the Lakers are missing a few key characters that go by the names LeBron James and Anthony Davis due to injury. That has left us with a potential blowout judging by the spread, which currently favors Brooklyn by 10.5 points.

Don’t lose interest, though. Just because this isn’t the potential Finals match-up thriller we expected doesn’t mean there isn’t value to be had on the board. We know the Nets are one of the more explosive teams in the league with all that star power, so I did some digging into how they’ve done handling some large spreads … and the answer was interesting. The Nets are 1-6 ATS this year when trying to cover a spread of 10 or more. Even more recently, since March 13, they have tried four times to cover that double digit number and have failed each time.

On the other side, the Lakers have only been double-digit underdogs twice this season, and they have failed to cover both of those times. Both of those trends are against each other, so I don’t know what to make of it. What I do see, though, is a pretty high total at 234. Both of these teams are 7-3 in favor of the Under in their last 10 games. While that usually is good enough for me, I took a look at the final scores of each of these teams over their last 10 games, and both of these teams only went over a total of 228 once. Granted, the Nets did it in their last game when Durant came back, but I still don’t see these teams getting up to this number.

The Lakers will try to stay in the game with defensive effort and slowing the game down, while Brooklyn might get up by enough to pull their starters late in the game.

This is the perfect blend for the Under.

I must admit, I’m starting to get a little nervous about the Sixers. Coming off a loss last night to the Pelicans, and the Nets seeming to find their form, I’m starting to have doubts about their title hopes. I think they need to be able to keep home-court advantage to have a real shot of coming out of the East, and now that they’ve lost the lead, I question if it will come back. That being said, I like them to have a quick bounce-back showing tonight against this depleted Thunder team.

The Thunder have several players listed as questionable for the game, and Al Horford and Shai Gilgeous-Alexander have already been ruled out. Similar to the Suns, the Sixers have a solid record ATS coming off a loss at 10-6 (62.5%). The Thunder seem to be ready to tank the rest of the season, trading away players to acquire picks at the deadline, and also having Horford sit as a healthy scratch. I think the Sixers are out for blood in an easy win, and the Thunder are just the opponent to do that. It is a big spread, again at 11.5, but I like them to have a blowout.

Lay the 11.5 points and take the Sixers.

Over the past few weeks, there have been a lot of blowout games. As my friend Tom so eloquently puts it, we are now watch the National Blowout Association. I’m not quite there yet, but if you look at scores over the past month or so on a nightly basis, it’s tough to ignore that several games seem to get out of hand each night. Luckily for us in the betting crowd, that is not necessarily a problem.

The Suns come into this match-up as 11.5 point favorites. As double-digit favorites this season, Phoenix is 6-2 ATS. They are also coming off a loss against the Clippers on Thursday. Coming off a loss this season, the Suns are a league-best 11-3 (78.6%) ATS. Those are two strong trends that are making me believe that Washington could be another team blown out of the water like we have seen with many teams over the past few weeks.

Buy into those two trends, and take the Suns laying 11.5.

We made it! Pick 100 is in the books, and for some reason it seems fitting that it’s the Cleveland Cavaliers. I wouldn’t have expected it to land any other way to be honest. Let’s hope we have some Saturday success that can lead us into another great week starting tomorrow!

As always, thanks for reading and good luck!