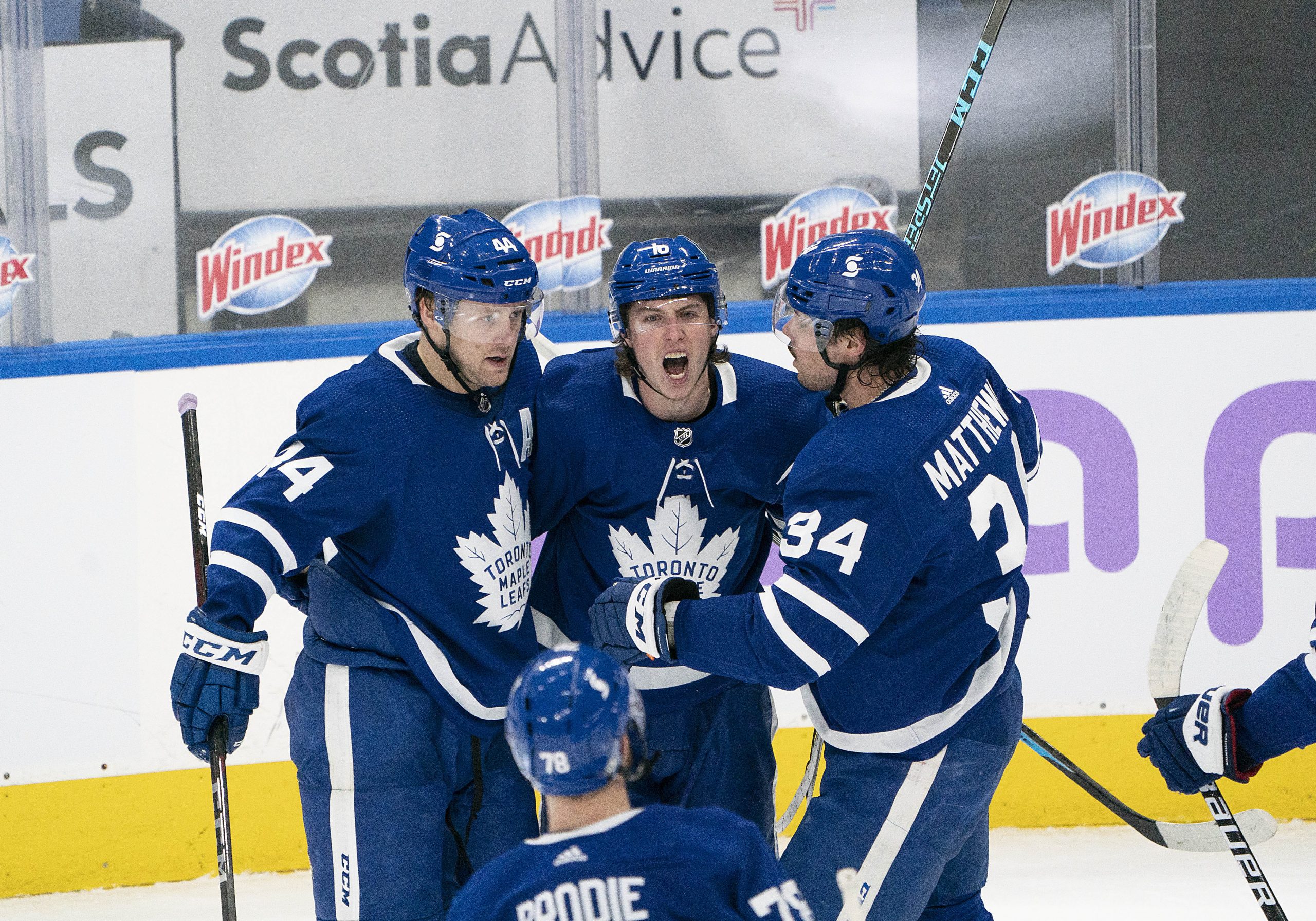 While many of the NHL’s top goalscorers remained in the mix among the league leaders over the past week, several fresh faces came into the fold as they try to push their teams into the upcoming playoffs.

The Toronto Maple Leafs jumped into the No. 1 spot in the NHL, holding off the Colorado Avalanche, Carolina Hurricanes, and Tampa Bay Lightning by one point each. Auston Matthews’ stellar season has led the way for Toronto, but a good mix of others have also contributed.

Washington and the New York Islanders remain deadlocked at 56 points each in the East Division, but Pittsburgh isn’t far behind at 54. Boston looks to be the best bet to capture the fourth and final playoff spot in the division with Philadelphia continuing to play inconsistent hockey.

I continued my breakdown of the best bets for teams and players heading into the second week of April.

The Toronto Maple Leafs are red hot right now in the NHL and are showing zero signs of slowing down with about 3-4 weeks to play.

Toronto is 9-1-0 in its last 10 games overall and have been led by Auston Matthews stellar season so far (31 goals in 38 games played). The Maple Leafs have also won six-in-a-row and currently hold a +34 goal differential, one of the best in the league.

While the playoffs could be a different story for Toronto, they are hard to pass up on bets over the past two weeks.

While the top three spots in the Central Division look too far out of reach, the Nashville Predators are looking like a prime target to finish fourth. Nashville is also flying, winning nine of its last 11 games and currently sitting four points clear of Chicago for fourth place and the final playoff spot in the division.

The Predators have received a balanced attack this season with Filip Forsberg (11 goals), Calle Jarnkrok (11 goals), and Eeli Tolvanen (10 goals) all chipping in. Roman Josi continues to be one of the league’s top defenders (20 assists) while Juuse Saros has helped when Pekka Rinne has struggled in net.

Nashville will look to trim down its -10 goal differential, but overall has done strong to get into the playoff conversation.

A few weeks back, the Pittsburgh Penguins were outside of the playoff picture in the East Division, but since have skyrocketed into the conversation for a top two finish.

Pittsburgh is 8-2-1 in its last 11 games and are just two points back of both the Washington Capitals and the New York Islanders. Sidney Crosby (47 points) remains a key part of the Penguins offensive set up while Jake Guentzel leads the team with 20 goals this season.

Casey DeSmith deserves plenty of credit in net, teaming well with Tristan Jarry and posting a 10-5 record through 17 appearances.

Auston Matthews is slowly taking hold of this season’s MVP award especially after a recent two-week period where he’s been unstoppable. Matthews has scored nine goals and finished with 13 points in his last seven outings, scoring a hat trick on Saturday night.

The American forward has stepped up his game for Toronto once again this season and will likely lead the Maple Leafs to a North Division title.

The Minnesota Wild are hoping to finish in the top four of the West Division and Kevin Fiala will hope to lead them there. Fiala has chipped in five goals and five assists in his last seven games for the Wild, helping them to third place currently on 51 points.

While both Colorado and Vegas have better overall attacks, Fiala’s role for the Wild is much more crucial and will need to be if they want to knock either one out of the way.

Brad Marchand has remained in good form for the Boston Bruins over the past two weeks, but Patrice Bergeron is coming off a stellar week of his own.

Bergeron has scored six goals and added three assists in eight appearances, most recently tearing up the Philadelphia Flyers. The veteran center is one of the best two-way players in the league and has continued to form a nice partnership with Marchand and fellow line mate Craig Smith.