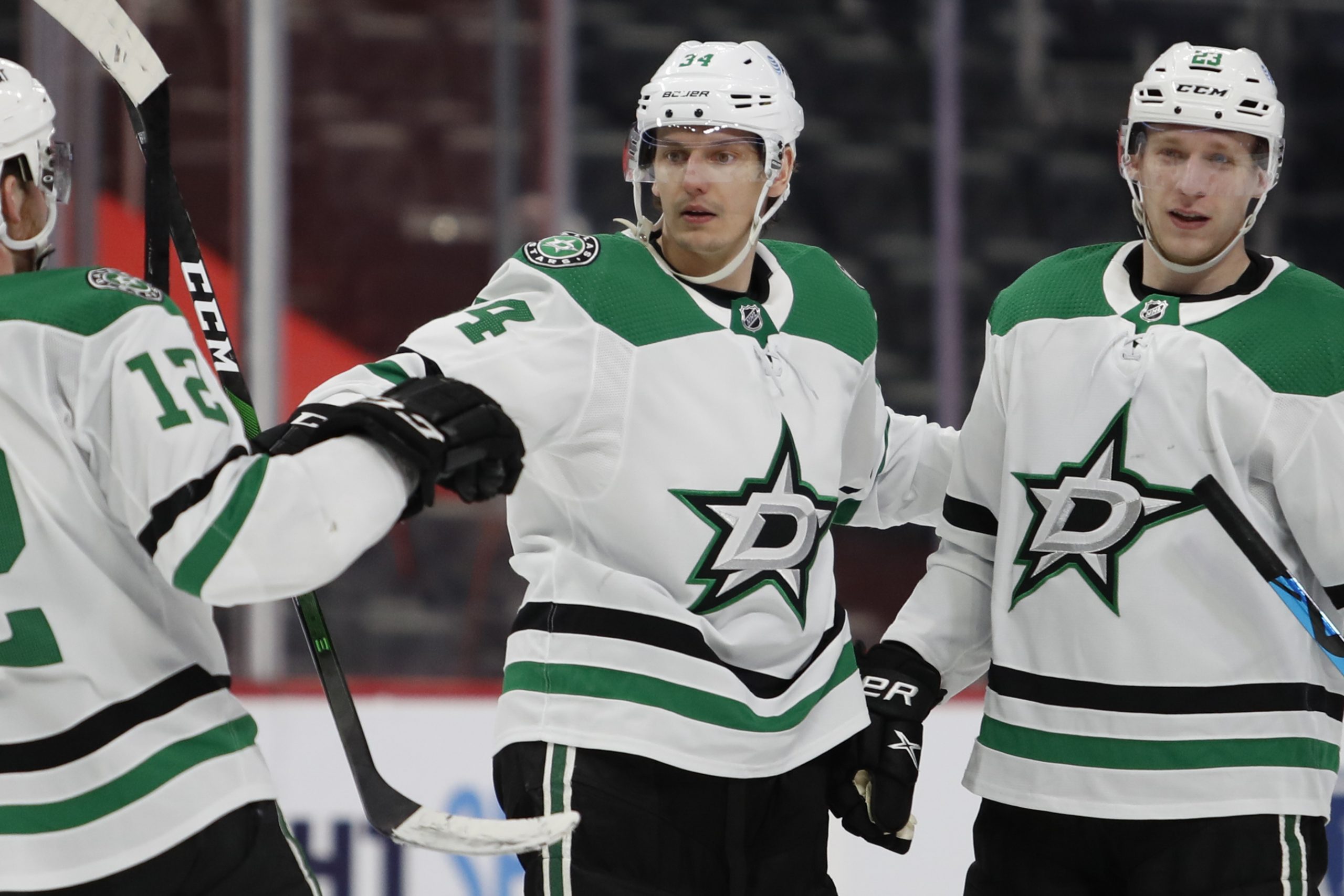 It was no surprise that the first two teams to clinch playoff berths in the National Hockey League came from the West Division, as the Vegas Golden Knights and Colorado Avalanche did so this past week.

Both West favorites have been on fire as of late, and will have something to say when the discussion opens for who will represent the conference in the Stanley Cup Final. Offensive depth has been no problem for both teams, who relied on the likes of Nathan MacKinnon, Mikko Rantanen, Mark Stone and others to continuously score goals.

The Carolina Hurricanes have jumped into the No. 1 spot in the Central Division, holding a slim advantage over both Florida and Tampa Bay. Carolina has seen Vincent Trocheck up his game over the past few weeks, forming a nice partnership with Sebastian Aho in terms of leading the group offensively.

Don’t look now, but the Pittsburgh Penguins have jumped into the top spot in the East Division, overtaking the reigns originally held by both Washington and the New York Islanders. Sidney Crosby and Jake Guentzel have done well to spring Pittsburgh into the top spot in the division, but the Capitals and Islanders will have something to say in the final few games of the regular season.

I continued my breakdown of the best bets for teams and players heading into the final week of April and opening day of May.

Vegas joined Colorado in clinching a playoff berth this past week and are on a hot run over the past two weeks.

The Golden Knights are riding a nine-game winning streak, and will be truly one of the lead favorites to capture Lord Stanley’s Cup. Mark Stone deserves plenty of credit for his six-goal, 11-point run over the past seven outings, but overall, Vegas has strong play all over the ice.

Goaltenders Marc-Andre Fleury and Robin Lehner have continued their partnership as one of the league’s best one-two punch, a feat that will need to continue come playoff time. For now, though, Vegas will aim to life the Presidents’ Trophy in a few weeks time.

The 2020 Stanley Cup Finalists are in a good run of form recently, which could help them sneak into the final playoff spot in the Central Division.

Dallas sits two points behind fourth-place Nashville and are 7-2-2 in their last 11 games overall. After a sluggish first half of the season, the Stars have done well to get themselves back into the playoff picture and put together a string of consistent performances.

Joe Pavelski leads the way with 20 goals for Dallas in 2021 while three other players have 10 tallies or more. Jake Oettinger has provided help for Anton Khudobin in goal, which could be clutch if Dallas makes the postseason.

The Tampa Bay Lightning may have the help of Nikita Kucherov coming in the playoffs, but Carolina is proving to be a beast of its own in the Central Division.

The Hurricanes have registered a +40 goal differential so far this season and have delivered 15 wins or more at home and on the road. Vincent Trocheck and Sebastian Aho lead the way for Rod Brind’amour’s team offensively,  but Carolina can also call on five other players, who have all contributed 30 points or more this season.

The real question will be if Carolina can do it when the bright lights of the playoffs are on, but so far, it’s looking likely they can.

The New York Rangers are still fighting for a playoff spot and Artemi Panarin is playing a lead role in their attack.

Panarin has scored five goals and contributed 14 points in total over the past two weeks, the most in the NHL. The Russian has benefitted from some of the competition he has been playing against recently, but he still is earning every cent of his long-term contract with the team.

Panarin will look to keep his run up for New York to sneak into the postseason.

If Vegas wants to lift the Stanley Cup this season, Mark Stone will have to keep up his strong season into the playoffs.

Stone has scored six goals and added five assists for 11 points in his last seven games, leading the Golden Knights into a fight for the No. 1 seed come playoff time. He’s been playing just under 19 minutes per game this season and has continued to play on a number of different lines for Vegas.

Stone isn’t the best goal-scorer on Vegas’ roster, but it hasn’t stopped him for performing like an MVP over the past few weeks.

The Buffalo Sabres have nothing left to play for this season outside of pride, but Sam Reinhart hasn’t showed any signs of slowing down.

Reinhart has scored eight goals in his last nine appearances for Buffalo, proving to be the Sabres’ best player with Jack Eichel hurt and Taylor Hall now traded. Whether Reinhart remains in Buffalo next season or not is another question, but he’s been sure money for the struggling Sabres lately.