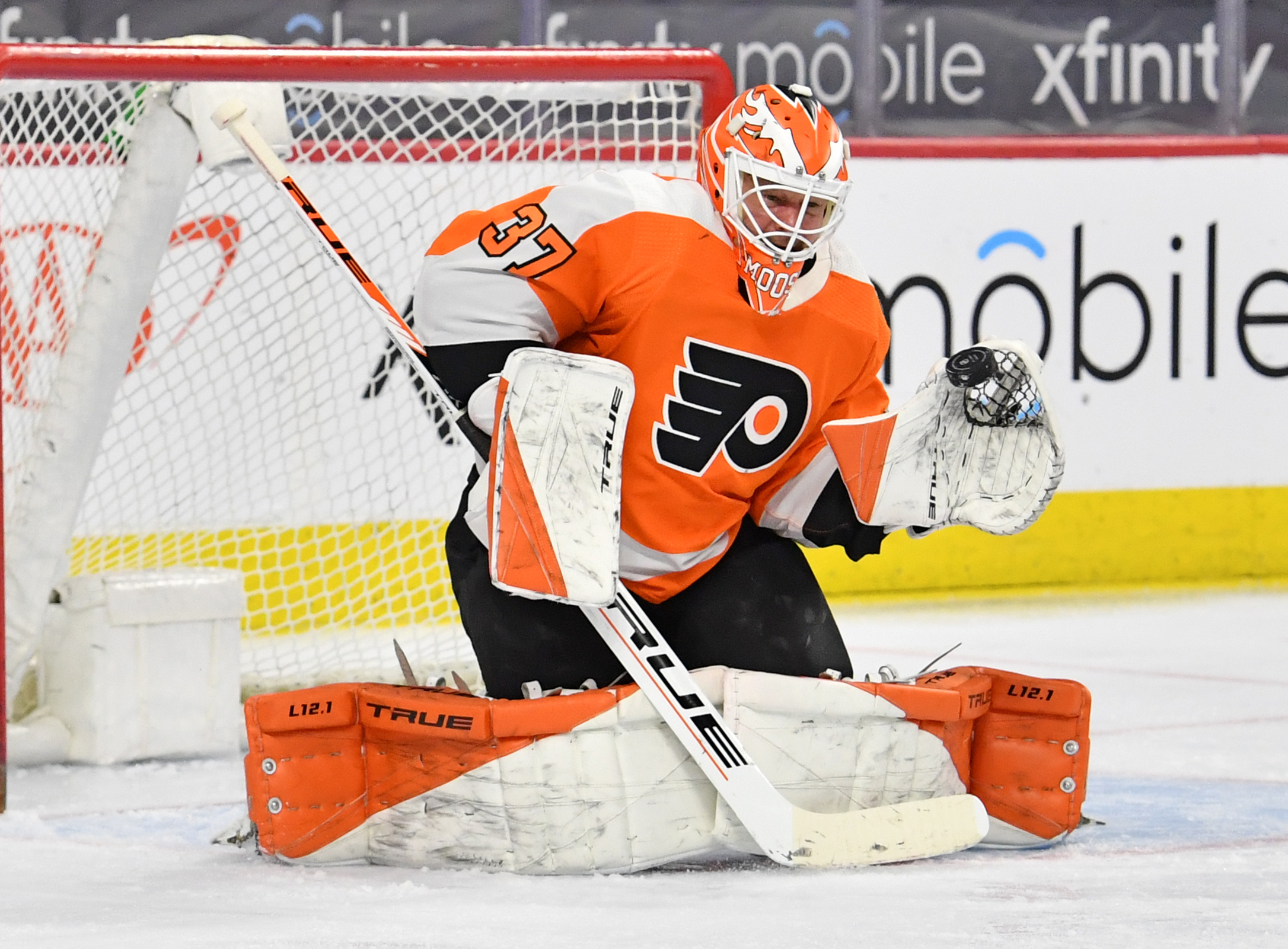 The Philadelphia Flyers saw their season not go as planned, missing out on the playoffs, and registered one of the worst defensive records in recent National Hockey League history. While many players futures will be discussed during the offseason, one veteran hopes he gets another chance with the Orange and Black next season.

Brian Elliott made 23 saves on Monday night in what could be his final game in Philadelphia, helping the Flyers to a 4-2 win over the New Jersey Devils. Elliott signed a one-year, $1.5 million deal with the Flyers before the season started, but is now set to be a free agent after playing in his fourth year with the team.

Youngster Carter Hart failed to live up to expectations during the 2020-21 season while third-string goaltender Alex Lyon is also set to become a free agent. The 35-year-old Elliott knows nothing is guaranteed, but admits he would like to help the team bounce back next fall.

“I plan to play,” Elliott said post match Monday. “I feel like I’ve got a lot left to give. I feel like I’m playing really good hockey and health-wise I had another really good year where I didn’t really see the training room once. It’s nice to feel that way.”

“Whatever happens, happens. I know this league, whenever you don’t make the playoffs, there’s going to be changes throughout your lineup or staff or whatever. You just have to roll with the punches. I’d love to stay here obviously and keep searching for that Cup, but that’s kind of out of my control and I just try to let my play kind of speak for itself.”

Elliott posted a respectable 15-9 record during the 56-game shortened regular season, but will be eager to lower his 3.06 GAA wherever he ends up next year. The veteran goaltender wasn’t helped by his defensive teammates, who struggled for consistency at most points during the season.

During his four seasons in Philadelphia, Elliott has registered a 65-38-14 record, but most importantly he’s played a leadership role in helping groom Hart for the future No. 1 job someday. He’s also become acclimated to the organization, roster, and atmosphere, enjoying the final years of his professional career in the NHL.

Elliott’s final day of the current regular season started with him skating around the ice at the Wells Fargo Center with his children. It ended with him picking up an important bounce-back win and focusing on what’s next if he isn’t re-signed by Chuck Fletcher this summer.

“It’s awesome to have them around anytime just to get another taste of it,” Elliott said about Monday’s pre-game skate with his children. “You try to involve them as much as you can. I think when I was a young guy seeing the older guys bring their kids in, it just kind of lit up the room when they walked though. You get a touch of real life and a breath of fresh air when you got kids coming in just loving life, loving hockey. That’s the best part about it when you get the kiddos around.”