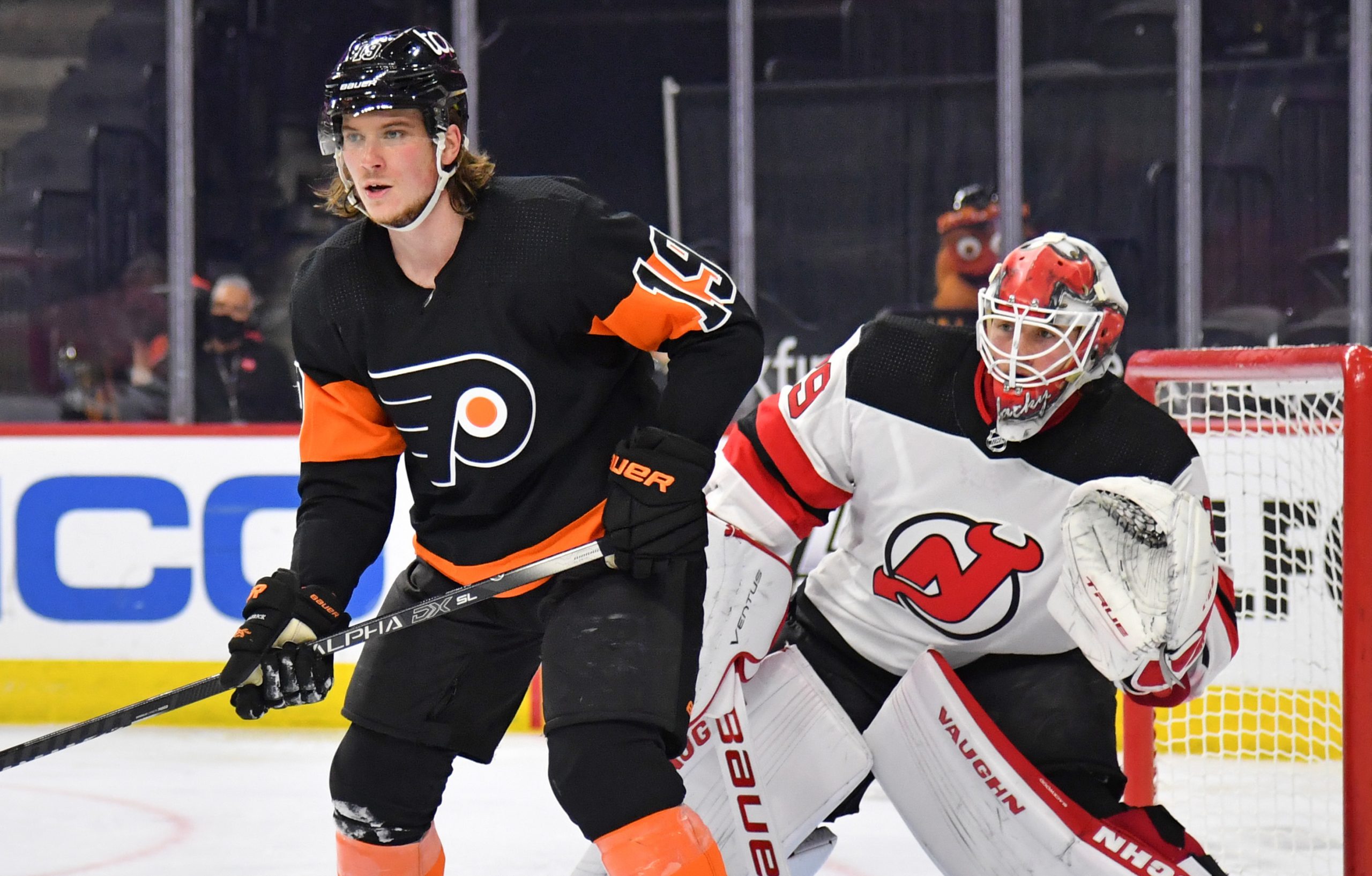 Nolan Patrick’s return to action for the Philadelphia Flyers was supposed to be a big boost to the offensive group, but the young forward struggled for most of the 2021 NHL season. Now the goal for Patrick, like many of the young players, is to refuel and come into next preseason ready to go for a chance at getting back to their full potential.

Patrick missed the entire 2019-20 season due to chronic head issues, sitting out until he was fully cleared to return to action. The Canadian center did just that in a shortened 2021 season, playing in 52 of the Flyers 56 games this season, getting back to some sort of normalcy.

Despite only registering nine points and suffering a -30 plus/minus, Patrick got to play in over 13 minutes per game and take a step forward overall. The lack of production is a slight worry, but Patrick has the backing to rebound in 2021-22 as the Flyers try to forget their horrendous campaign in full.

“I think on a positive front, Nolan was able to physically get through this season,” Flyers head coach Alain Vigneault said in a conference call Tuesday. “After missing the 18, 19, 20 months, whatever it was of not playing, I think it’s a positive that he was able to complete the season. He took some big hits. He played. From that standpoint, that’s something he can build off of. He wasn’t fully cleared to play until just prior to camp. He’s one of those players that I’m not sure had a normal offseason.”

“Personally, I believe there’s another level to his conditioning and strength he can get to as he can train. I think he wasn’t skating the same, particularly in back to back games. You could see a drop-off in his skating. I do think there’s some things that could be improved just by being healthy and having a normal summer. I think we’ll have a better feel where Nolan’s at into next year.”

Due to the COVID-19 pandemic, Patrick like many other Canadian-based Flyers players had trouble getting in regular workouts in the preseason. After not playing in many preseason games overall, the players basically had to 100% ready to go for a fast schedule of games.

As for the Flyers, they struggled for any sort of consistency this season, conceding a league-high 201 goals and also finishing well short of the top four playoff places in the East Division. While youngster Joel Farabee exploded into a top talent this season, both Patrick and Oskar Lindblom struggled to get back to their full potential as young forwards.

With the pandemic slowly coming to an end, Patrick should have the chance to train more frequently in Canada this summer before returning to a full preseason camp this fall. The 22-year-old added scrappiness into his game, which is a good sign for both the Flyers and the team’s fans. Now he just needs a spark to get back to what made him an eye-raising talent in the minors.

“Our expectation is that he has a great summer, gets a little stronger, and gets a little more explosive,” Vigneault said about Patrick. “Comes into camp in a type of condition that he wasn’t able to achieve this year. That in turn will allow him to play the game in a higher level.”

“I’m a huge fan of Patty,” Flyers captain and fellow Canadian Claude Giroux said about Patrick. “He’s got the whole skill set, big body, he competes every night. That’s the guy you want to go to battle with. So for me personally with Patty, I’m very excited to see him play and come to camp next year.”