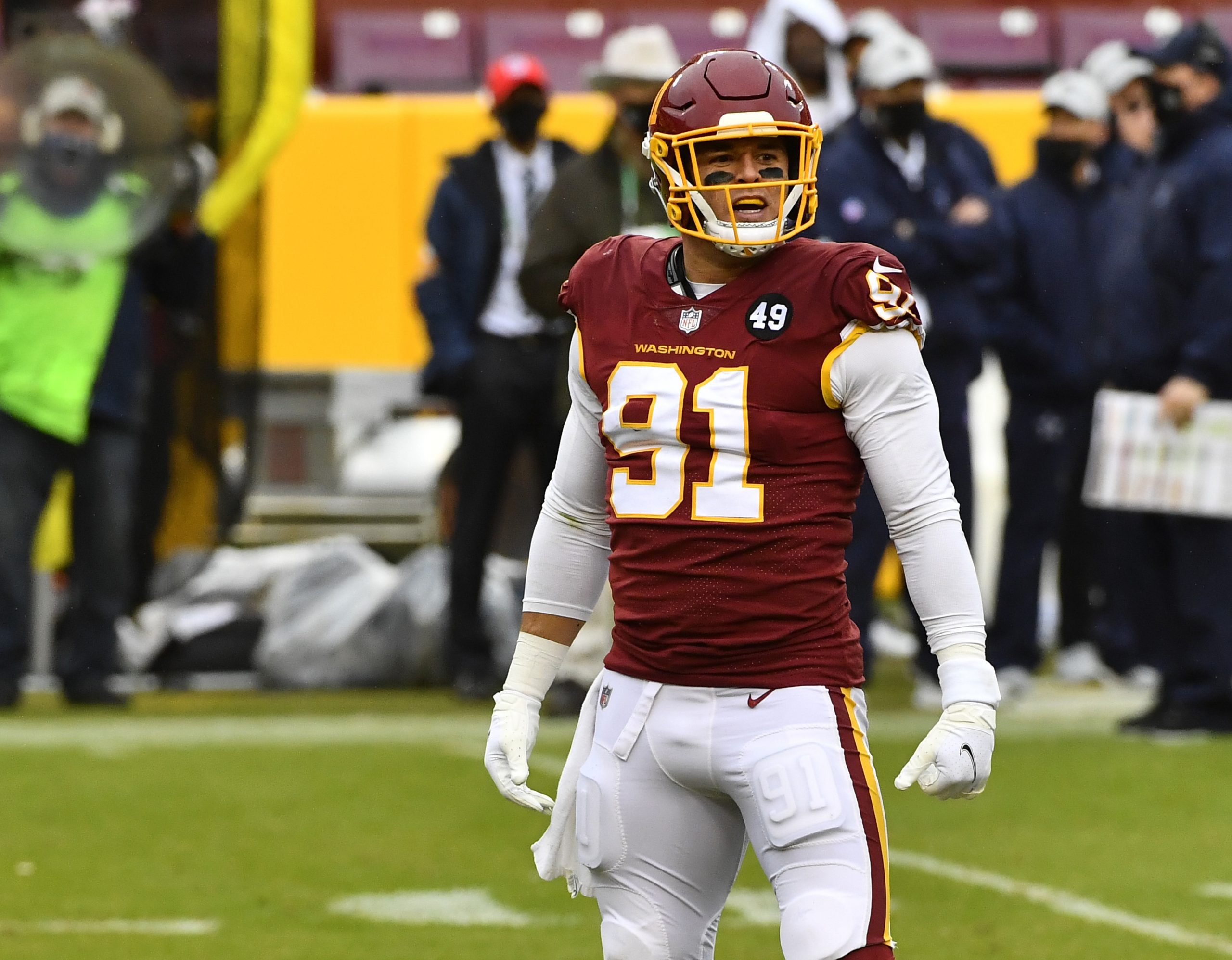 Four-time Pro Bowl edge rusher Ryan Kerrigan has terrorized the Philadelphia Eagles offense for most of his NFL career, but now he is changing scenery in the latter stages of his playing days.

Kerrigan announced on social media Monday that he will be joining the Eagles as a free agent signing. The 32-year-old is Washington Football Team’s all-time sacks leader and will now stay in the NFC East for the next chapter of his career.

Kerrigan was a first-round pick by Washington in 2011 and played the first 10 years of his NFL career for Washington, racking up 95.5 sacks and 147 quarterback hits. His 13.5 career sacks against the Eagles are tied for the most sacks of his career against one team.

“I know I probably wasn’t your favorite player over the past decade, but Eagles fans I’m fired up to be playing for you guys now! LFG!!!” Kerrigan wrote on his Instagram profile. “They’ve got Brandon Graham and Derek Barnett, guys who are entrenched and are bona fide studs in this league. But I know they rotate their guys a lot. Whether I’m a starter or a reserve, I still imagine I’ll get a lot of playing time. That was a big thing for me.”Kerrigan joins a defensive end rotation in Philadelphia that includes Brandon Graham, Derek Barnett and Josh Sweat. He’ll be playing for new defensive coordinator Jonathan Gannon, who is taking over for former DC Jim Schwartz, who is taking the 2021 season off.

Washington has two talented defensive ends in Montez Sweat and Chase Young, and it drafted two more in 2021 with William Bradley-King and Shaka Toney coming into the fold. James Smith-Williams, a 2020 seventh-round pick, and Casey Toohill also are in the rotation in Washington.

The Eagles missed the playoffs in 2020 under Doug Pederson, but will hope for much more success in 2021 under new head coach Nick Sirianni.