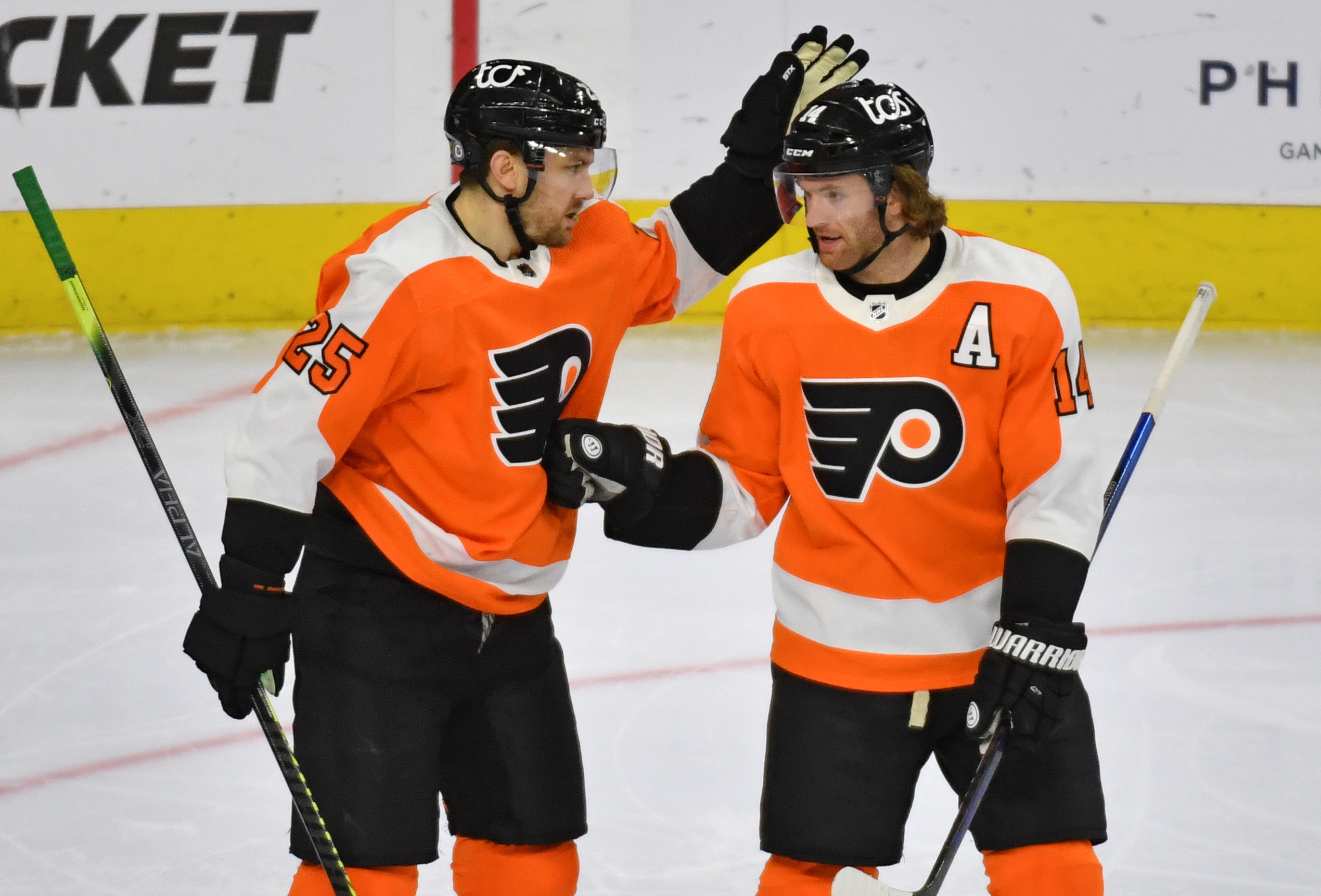 The Philadelphia Flyers saw their season come to an end on Monday night, picking up a comeback home victory in front of limited fans at the Wells Fargo Center. Now it’s time to rest and rebuild for a playoff run in 2021-22.

Alain Vigneault’s side picked up a 4-2 victory over the New Jersey Devils on Monday, which ended their regular season on a somewhat positive note. The Orange and Black struggled for much consistency in the East Division this season and paid for it by taking a huge step back in the standings.

Finishing with a 25-23-8 record, the Flyers allowed the most goals in the NHL (201) and also had the seventh largest negative goal difference (-38) through 56 games played and had the second-worst penalty kill unit in the league (killing off only 73.1%).

Sean Couturier was voted as the team’s MVP for third-straight season, finishing with 18 goals, 23 assists, and 41 points. The veteran center admitted it was a sad ending to the season, given the talent in the squad, but was happy to see the team fight to win its final game.

“I think it’s just a good way to finish the year,” Couturier said. “It’s say to say, but we kind of got used to playing catch-up hockey. There’s no quitting. We came back strong and got a big win to finish the year. We just got to learn from this year and put it behind us. Come next year and we need to be better in general.”

Joel Farabee was named the team’s “Pelle Lindbergh Memorial Trophy Winner”, given to the most improved player in the team while Ivan Provorov earned the “Barry Ashbee Trophy” given to the team’s most outstanding defenseman. James Van Riemsdyk and Claude Giroux also picked up individual team awards prior to the victory on the ice, ending their seasons on a positive note.

Brian Elliott earned a victory in what could be his last game in Philadelphia, making 23 saves against a pesky Devils group. With Carter Hart needing a confidence boost going into next season and Alex Lyon set to be a free agent, alongside Elliott, the Flyers will definitely have plenty to consider in its goaltending corps going forward.

“I mean, it didn’t start the way we wanted to,” Elliott said. “I think sometimes these games are tough to get up for and I thought we responded really well and big comeback win. I think it exemplified our season that we knew we didn’t get off to the start we wanted. We were winning games, but we knew that we could play better. We were kind of getting away with some stuff and it caught up with us during the season. There is a lot to learn from this season personally and as a team.”

All-in-all, there will be plenty of discussions among players and coaches about what’s to come for this Flyers group. Veteran players like Claude Giroux and Kevin Hayes underperformed at times while the offensive depth that was on display in 2020-21, did not come to fruition this time around.

Defensively, the team struggled to replace veteran Matt Niskanen, seeing many players go through spells of inconsistency on the back end. Young players like Oskar Lindblom and Nolan Patrick will hope to produce even more next season after a full summer break away ahead of a proper training camp and a full 82-game season.

The Flyers know they weren’t anywhere near where they were last season and thankfully have plenty of time to refuel and refocus for a better go next year.

“I think we’ve got to mature in our game,” Couturier said. “Some nights it’s seemed like we were kind of easy to play against. In this league, it’s tough to win games when you’re not hard and tough to play against. Obviously we took a little step back from last year, but I think everyone can learn and hopefully next year everyone comes into camp in good shape and matures. Physically, we have a lot of young guys that are just going to get better and better, I think that’s what we hope for next year. I don’t know what’s going to happen this offseason — there might be changes, there might not. Whatever happens, we’ve got to be better — that’s plain and simple.”