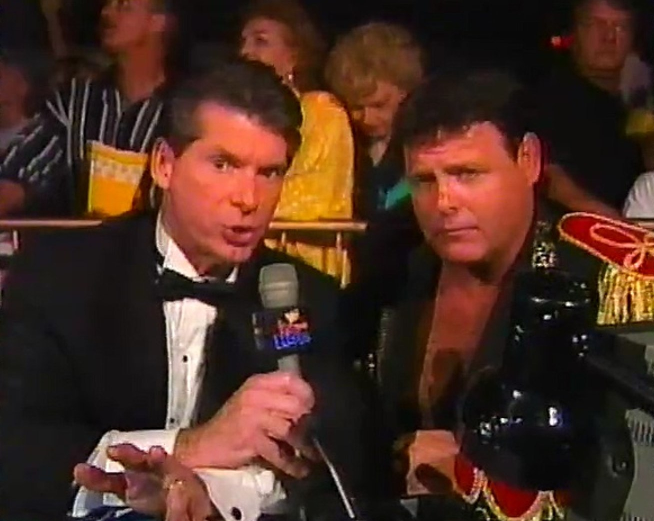 Busy week. First, we discuss NXT’s releases, highlighted by conspiracy theorist Drake Wuertz’s dismissal. We discuss what led to his specific release, the release of other talent, and more.

.@VaughnMJohnson & @nickpiccone dive deep into WWF IYH: Beware of Dog 1 & 2 on the latest episode of the pod!

At the 25:50 mark, we start discussing AEW heading to TBS in January 2022, and the introduction of a new one-hour TV program called “Rampage.”

At the 44:00 mark, we pay our respects to Jerome Young, aka New Jack, who passed away last week.

At the 1:01:05 mark, we take a deep dive into WWF’s In Your House: Beware of Dog 1 & 2 from May 1996. It was a ridiculous storyline from the start, but it got even weirder as Shawn Michaels was served before his match against the British Bulldog. We’ll talk all about it.