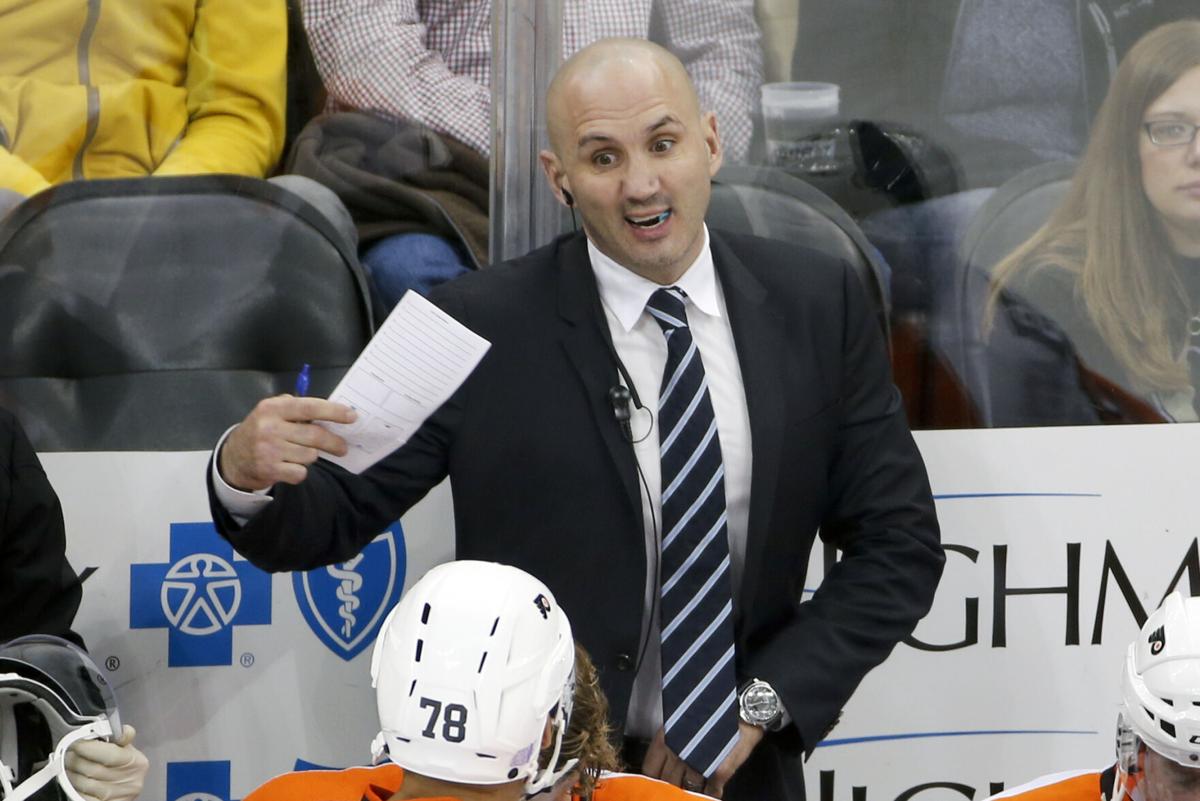 Ian Laperriere got to work with several NHL coaches during his time with the Philadelphia Flyers as a player and coach, and will now look to take those experiences into his first head coaching stint.

The Lehigh Valley Phantoms announced that Laperriere has been hired as head coach heading into the 2021-22 AHL season. Laperriere, a former player with the Flyers during the 2009-10 season, will now make the jump to a head coaching role after serving as Director of Player Development for the Flyers and an assistant coach since 2012.

“I love working with the young guys,”Laperriere said in a conference call Monday with reporters. “You know what, it’s what I did as player development. Being an assistant coach, I was always like not the buffer, but the guy who played and could relate with those young guys, I took that and I love that. It’s one thing that now I get a chance to do it as a head coach. I won’t change my mentality. I like to work with those young guys. Just going through player development and an assistant coach for that long, it really helped me prepare myself for this role.

“And there’s one guy I mentioned earlier and I didn’t mentioned to you guys. I just want to give him a little shoutout there, Paul Holmgren. Without him, I wouldn’t be here. He’s the guy who signed me, and he asked me what I wanted to do after and I told him what I wanted to do. He helped me from Day One. And you know, you meet so many people in hockey, some you forget. But Paul Holmgren, that’s the guy I’ll never forget. He’s the guy who will give me all my chances and I can’t thank him enough.”

Laperriere takes over for Scott Gordon, who was relieved of his duties earlier this spring. The 47-year-old played 17 seasons in the NHL with the Los Angeles Kings, St. Louis Blues, Colorado Avalanche, New York Rangers, before concluding his career with the Flyers.

The former 158th overall pick in the 1992 NHL Draft, Laperriere was a scrappy forward during his time as a professional player, totaling 336 points and 1,956 penalty minutes in 1,083 games played. His playing days came to an end after post-concussion syndrome forced him to retire after taking several pucks to the face during the 2009-10 season.

Laperriere worked with Alain Vigneault, Dave Hakstol, and Peter Laviolette during his time with the Flyers on the bench, and now will continue his work with the Flyers younger players in the AHL.

“I won’t lie to you,” Laperriere said. “I don’t know much about the American League. I know by watching it and being around people that coach there and play there. There is a fine line for sure. At the end of the day, it’s going to go back to the way I want the team to play and back into the structure. I want to have those kids buy in into that structure. And if they do get better, it won’t be a free ride. If they don’t play in your structure, they won’t play. I go back to the only thing I control is the ice time. One big thing I control, it’s the ice time. It’s part of being a pro.

“If you do the right thing, if the coach is asking you to do this and you don’t, well there’s consequences. It comes with if we have more guys doing it, we will win more games than lose games. We’ll see what kind of team we’re going to have next year on paper. It doesn’t matter what team I get, I’m going to have to make them better. If they are a Flyers prospect or not, if you wear a Phantoms jersey, I’m going to help you be better as an individual. If I do and we do as a staff a good job, we will win more games than lose, for sure.”

The Phantoms finished second in the North Division in 2020-21, seven points behind division winners Hershey Bears.