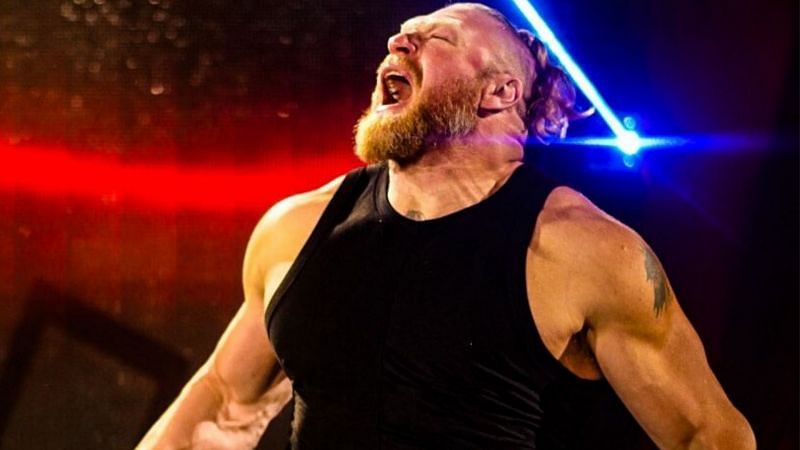 We’re back at it with an all new Morning Brew. AEW officially made a huge splash this week. WWE tried to counter with the return of Brock Lesnar. Joel Embiid has agreed to a contract extension with the Sixers.  The United States has withdrawn from Afghanistan and it has led to chaos. We have a lot to get to this week, so let’s get it on. It’s Brew time.

CM Punk is All Elite

Punk had a lot to say

“We’ve got a lot to cover … I got the time and I ain’t going anywhere.” Hear EVERYTHING @CMPunk had to say on #AEWRampage #theLastDance

Punk’s in ring return will be at All Out

Do not miss @CMPunk’s return to the ring and #AEW debut against @DarbyAllin (w/ @Sting) when #AEW is LIVE on Pay Per View for #AEWAllOut – Sunday, September 5, 2021 from the @NOW_Arena in Chicago.
Available on all major providers, @BleacherReport, and @FiteTV (Internationally) pic.twitter.com/PaieFgOkix

The Beast is back!

The Tribal Chief retains the belt

Edge came out to The Brood theme for his match with Seth Rollins. #SummerSlam pic.twitter.com/wrydoYJNr0

Becky Lynch is back!

.@BeckyLynchWWE is back and she’s your new #SmackDown Women’s Champion! #SummerSlam pic.twitter.com/w5iLLbXywW

This is what has Bianca Belair fans livid

JoJo re-ups with the Sixers

Signing on the dotted line

There’s no place like PHILADELPHIA!!! Excited to continue working towards bringing a title home and eventually retire here #PHILLY pic.twitter.com/V7YLAbRxAD

I guess not everyone’s a fan of how things went between the Eagles and Pats at joint practice:

Eagles vs. Patriots: Recap and roster stock 📈📉 watch after game 2 of the preseason.#FlyEaglesFly

Tim Tebow announced that he has been released by the Jaguars.

He was attempting an NFL comeback playing tight end. pic.twitter.com/H9lcXOOZAL

Thankful for the highs and even the lows, the opportunities, and the setbacks. I’ve never wanted to make decisions out of fear of failure and I’m grateful for the chance to have pursued a dream…

Travis Kelce went from “She calls me daddy too” to “I’ll have her home by 9 sir” pic.twitter.com/7tufg33Ax8

Afghanistan is a mess right now

This is absolutely horrifying

Shocking! 3 passengers fall down after they hide themselves at the back of the airplane tires, after taking off from #Kabul airport.#KabulHasFallen #Afghanistan#Kabul pic.twitter.com/MfJ8c3iaHu

What a wild scene

When they tell you Trump had nothing to do with it, call them on the BS

As a part of the 2020 Doha deal, Donald Trump and Mike Pompeo made an agreement with the Taliban to lift sanctions against the group and have 5,000 Taliban prisoners released in exchange for a 3-month cease-fire. Those prisoners now control Afghanistan.https://t.co/LbpsKKwewd

Trump says Biden should “resign in disgrace.” Here’s what he said about Afghan troop withdrawal back on June 26th:

A coward to the end

Wait a minute, now Trump’s statement from April 18, 2021, has been deleted from his website! He said, “Getting out of Afghanistan is a wonderful and positive thing to do. I planned to withdraw on May 1.” Republicans now think they can delete history to try and own the libs. pic.twitter.com/YzyJBiA3Fl

All of them are cowards

New: Republican Party has removed a page from their website bragging about Trump’s deal with the Taliban that committed Biden to withdraw 5,000 US troops from Afghanistan — and led to the fall of Kabul today.

Mike Pompeo: The Taliban are “butchers.”

Also Mike Pompeo: *cuts a deal with the Taliban without the Afghan government* pic.twitter.com/PW0Gh1uStC

Everyone I’ve talked to today is in disbelief over the fall of Kabul. After our Capitol fell in January why would anyone think the Afghanistan Capitol would last the day.

Montgomery County is now in the ‘High Transmission’ category as the delta variant drives cases back up. https://t.co/DrLElCS2Kx

Ron Rivera makes his feelings known on vaccine misinformation, and we are here for every word of it. https://t.co/S7Gy8oUckg

The former NFL star tweeted that he’d “lost a commercial” after panning mask mandates for schoolchildren in Tennessee. https://t.co/VhtxdBFCpL

The NFL’s Las Vegas Raiders will require fans to provide proof of Covid-19 vaccination to attend home games this season, the franchise announced. With this move, fans will be allowed to attend home games without wearing a mask, a news release said. https://t.co/GdkiEgeFON

The federal investigation into Tesla’s Autopilot comes at an awkward time for Elon Musk https://t.co/n9zj5hHJ4h

U.S. Soccer will soon announce four fall friendly matches, which will be her final games for the USWNT. She’ll finish the NWSL season with NJ/NY Gotham FC. pic.twitter.com/vIJaahHfay

I thought this stuff only happens in Philly?