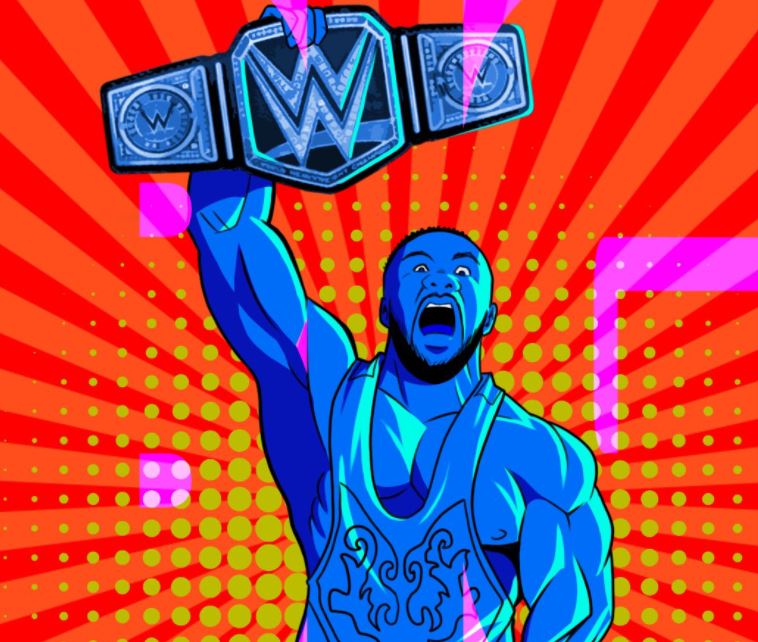 We’re back at it with an all new Morning Brew. The Eagles went to battle against the 49ers, but the 49ers D was just too much for the Birds, especially considering the head coach had a poor gameplan. Brandon Graham’s season is reportedly over. Fat Joe and Ja Rule went at it in the latest installment of Verzuz. Nicki Minaj somehow became a Doctor over night apparently and is now a hero for the ignorant. We have a lot to get to. It’s Brew time.

The enemies came to the Rocky statue

Lmaoooo check out this dude dog walking a 49ers helmet! Eagles tailgates are BACK pic.twitter.com/GYcBltljNp

This is the last time I’m going to say this

L for the Eagles

Back to life, back to reality

BACK TO REALITY: Eagles struggle offensively in 17-11 loss to 49ers

Can confirm the same about Brandon Graham, per NFL source. Not a surprise considering how the injury occurred.

Brutal loss for the #Eagles. BG is the team’s heart and soul, not to mention still one of their best defenders. https://t.co/KWaKKbz6OO

And this was all she wrote

🙏 DE Brandon Graham (ankle) and G Brandon Brooks (chest) are both out.

Here’s the play the Eagles DE went down late in the 1st half pic.twitter.com/hUOOuisJDs

We still about to shock the world! I will just be leading from the sidelines this year working to be great for 2022. Appreciate all the love and now it is time for guys to step it up. U have to find the treasure in every situation! #eagles

The heartbeat of the Eagles

Hurts with the QB sneak

.@JalenHurts QB sneak! @Eagles make it a one possession game.

This play went to waste

Nick is fired up

Let’s see how our squad did with predictions this week

Our staff gives you their Week 2 #Eagles predictions and also some best bets!

#NBA source: The #Sixers ‘are expecting (Ben Simmons) to play (in 2020-21). The expectation is they will. It’s bumpy right now (& the team expects it) to get better.’ The #76ers don’t plan on making a deal that would drop them back in standings & not getting viable offers. pic.twitter.com/QUMmzkKbKF

This is pretty awesome by WWE!
Changing the name of their official account to ‘BIG E IS WWE CHAMPION’ shows how a big a deal this is. pic.twitter.com/gzKT8RN39D

The Tribal Chief weighs in

The Plane ride from Hell

Disgusted by the Ric Flair story on tonight’s Dark Side of the Ring? It’s hardly an isolated incident. From 2017: https://t.co/9brgY8BsgW

Omega vs Danielson is happening

“My answer is YES!” – @KennyOmegamanX to @bryandanielson‘s challenge – Tune in NOW to watch #AEWDynamite LIVE on @tntdrama pic.twitter.com/djoUSc6ei6

Glad to see someone stepped up here

Top general was so fearful Trump might spark war with China that he made secret calls to his counterpart in Beijing, new book says https://t.co/cb8ypg6JvF

Dan Quayle for the win for Democracy

I did NOT have Dan Quayle on my “Saving the Republic” bingo card, but here we are. https://t.co/aBeOEAhCh8

Please make him go away

“Our hearts and minds are with the people being persecuted so unfairly relating to the January 6th protest,” Trump said in a statement.https://t.co/ygWFhVEBqv

The Justice for J6 Rally

It looks like the #JusticeforJ6 “Rally” could have been an email. pic.twitter.com/YLfxWOiBb4

Justice for J6 organizer Matt Braynard’s security guard – who had only one AirPod – attempts to act as a secret service agent. pic.twitter.com/eTh4rFkL1Q

How to infuriate fragile souls in 3,2,1…

Rep. @AOC on the #MetGala red carpet in a dress that reads Tax the Rich. pic.twitter.com/nq87zCdm8z

I ride so hard for Jennifer Lopez #MetGala pic.twitter.com/X3wLNmD1uK

This is an interesting look…

Kim Kardashian arrived at the #MetGala wearing a black shroud over her face. https://t.co/FMtZXzNGy9 pic.twitter.com/du62r7K1d5

Sorry, this is not a side effect of the vaccine. It is called hydrocele. In adults, the two primary causes are injury or STD (chlamydia or gonorrhea). Probably your cousin’s friend was taking one last marriage fling, picked up an STD, & is blaming vaccines. He needs an MD, stat.

This is worth a watch

Here is how the Nicki Minaj story was covered on CNC3 Television in Port of Spain, Trinidad. I assure you this is worth all 2:20 and it’s probably better than any U.S. network covered the story pic.twitter.com/LjO1CMlq1z

When Tucker Carlson is on your side, it’s time to re-evaluate things

The far-right, anti-Muslim, anti-vaccine conspiracy theorist Laura Loomer says she’s tested positive for the coronavirus, after suffering from severe symptoms that she wrote left her feeling like she “got hit by a bus” https://t.co/6byYkzHnrK

Saw the photos and had to go see it myself. More than 670,000 white flags are flying on the National Mall memorializing victims of the pandemic. They’ll be out here through October. Stunning and tremendously powerful, sparkling in the evening sunlight. pic.twitter.com/aV8tYt41Ex

Tim Cook, CEO of Apple, pledges they will pay travel expenses for Texas employees that travel out-of-state for abortions. pic.twitter.com/MtPpF9syWW

Norm MacDonald has passed away

It was a rough night for Joey Crack

Fat Joe plays “All I Do Is Win”

Ja Rule: “This ain’t yours either!”

How 50 Cent gonna be looking at Fat Joe after losing to Ja Rule in the #Verzuz battle pic.twitter.com/e2GeHfnZKI

Ashanti was the star of the show

Ashanti is both Fat Joe & Ja Rule’s cheat code. Sis has hits on both ends of the stage & still looks as good (or even better) than she did when the songs came out. 👏🏾👏🏾👏🏾👏🏾 #Verzuz #verzuztv #verzuzbattle pic.twitter.com/4Wsu80oc8l

They had to bring in Jadakiss to save the day

Ja Rule and Fat Joe faced off tonight in the latest installment of ‘Verzuz’.

Check out the reactions here. 👇https://t.co/NevpFbnfIt

Simone Biles cried as she told a Senate panel on Wednesday how she wanted to protect other young people from suffering at the hands of a pedophile. She and hundreds of girls and women were molested by Larry Nassar, the former U.S. gymnastics team doctor. https://t.co/rSMis25UL9 pic.twitter.com/NYhdQXctQ9

Tough break for the Cowboys

Giants blow it against WFT

DUSTIN HOPKINS FOR THE WFT WIN‼️pic.twitter.com/TI5sdUMhUQ

So about that Wentz guy

A Carson Wentz shovel pass in the red zone results in an INT.

There’s Penn State’s White Out entrance and then there is everything else in college football pic.twitter.com/C1IOT5EDYA

No. 1 Alabama hold off No. 11 Florida in a thriller. 🌊 🐘 pic.twitter.com/doXnemQERV

This is a fun goal to watch

Feel like I am watching Zlatan reborn. Haaland is so fun to watch. 💥🤤 pic.twitter.com/3l9BJGrFdH