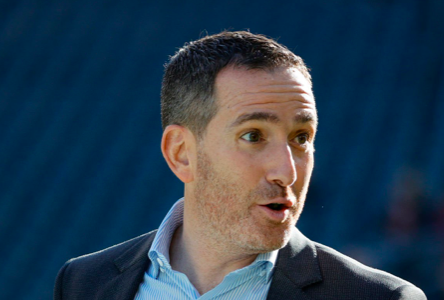 Howie Roseman is at it again, bolstering the Philadelphia Eagles draft picks for the future.

Roseman’s trade does decrease the Eagles first-round draft picks for 2022 from three to two, but does give the team a second first-round pick for 2023. In total, the Eagles have 10 selections in the 2022 NFL Draft, with five of those ten coming in the opening three rounds.

This isn’t the first time that Roseman has traded high draft picks, as the Eagles VP and general manager traded first-round draft picks with the Miami Dolphins in 2021.

The Eagles have several different positions they can target later this month with linebackers, cornerback, wide receiver, safety, and offensive line among the main needs. Haason Reddick became the Eagles biggest acquisition during free agency as the former Temple University pass rusher joined from the Carolina Panthers earlier this year.

Fletcher Cox, Boston Scott, and Anthony Harris were all re-signed by the Eagles this offseason.

Here is a closer look at the Eagles full list of 2022 Draft Picks:

First Round – No. 18 overall (*From New Orleans Trade)

Seventh Round – No. 237 overall (*From New Orleans Trade)