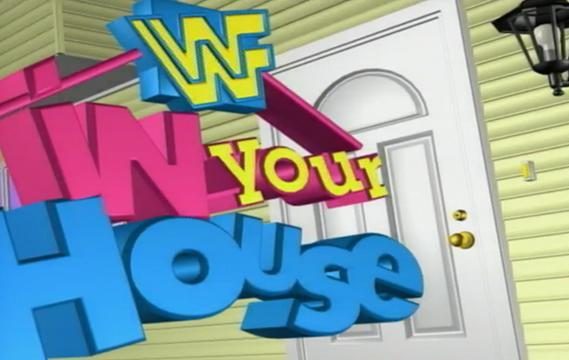 The very first WWF In Your House pay-per-view certainly was one for the record books. And not exactly the good kind of records you’d want to keep.

It was the WWF’s first foray into monthly pay-per-views, with In Your House supposed to be the cheaper, two-hour alternative to WCW pay-per-views, of which there were many. It didn’t last much longer being a cheaper, two-hour alternative. But this show actually had some good wrestling – which, of course, was brought to you by Bret “The Hitman” Hart and Hakushi. Diesel would defend the WWF Championship in the main event against Sid – do not call him psycho.

You can also listen to Nick and Vaughn’s live commentary from the first In Your House pay-per-view, featuring Bret Hart vs. Jerry Lawler, Todd Pettengill and Stephanie Wiand giving away a house, and Diesel defending the WWF Championship against Sid. Originally recorded in May 2020 [with not-so-great audio quality, and for that, we apologize], the guys have some fun with this live commentary.