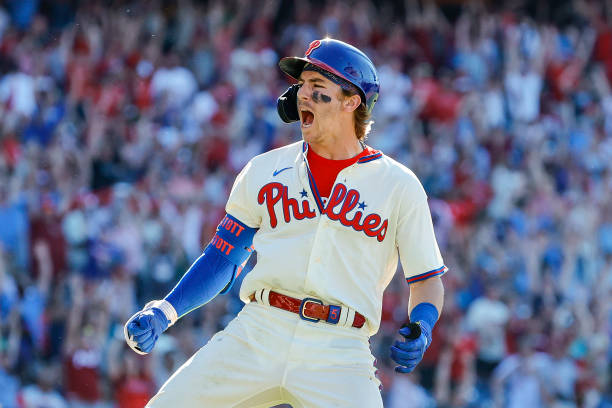 Sunday was a good day. This weekend was a good weekend. With the Los Angeles Angels of Anaheim California Angels L.A. struggling heading into their series at Citizens Bank Park, it was the perfect opportunity for the Phillies to make a managerial change and see if that would help the team’s mojo, which has been missing for a decade-plus.

And, well, Rob Thomson did just that – whether inadvertent or not. The fact is, Joe Girardi not being in the Phillies’ dugout this weekend completely changed the expectations of this team moving forward. Yes, the Angels might still be a bad team even though they started the season off pretty hot, but these are the types of games, and series, the Phillies always seem to lose.

Not this weekend, at least. Bryce Harper lifted a somewhat listless Phillies offense compared to Friday and Saturday as, on Sunday, he cracked a game-tying grand slam home run in the 8th inning with two outs and a full count (which started 0-2) on him. And to make things interesting, Corey Knebel gave up the go-ahead run to the Angels in the top of the 9th, giving us that all too familiar feeling that, once again, a fantastic comeback by the offense would be all for naught.

Enter Bryson Stott. Stott, who is part of a young cluster of players who should receive as much playing time as possible – and it’s absolutely asinine how Girardi didn’t give these guys enough leeway and play every day because of his love of veterans – and who hit his first Major League homer on Friday night (Franzke call here), came to the plate with two runners on, two outs, and one little kid that NBC Sports Philadelphia zoned in on – deserving of an Emmy, honestly – praying to the high heavens that Stott at least extends the game. Except he didn’t. He just won it.

And, as always, I have the fantastic calls for you – Tom McCarthy’s TV call, Scott Franzke’s radio call, Oscar Budejen’s Spanish call, Matt Vasgersian’s Angels TV call, and Terry Smith’s Angels radio call. Let’s hope this team can get it together under interim manager Rob Thomson and give us our first playoff berth in 10+ years.

Franzke's call on Harper's grand slam that might not mean anything cuz the Phillies pic.twitter.com/dMdKJlNzOH

.@OscarBudejen & @ElGringoMalo365 with the Spanish call on Harper's grand slam

And an even better call on Stott's winner… CAMPANAZO!!!!! pic.twitter.com/CpqntbJO5S

And… for good measure: