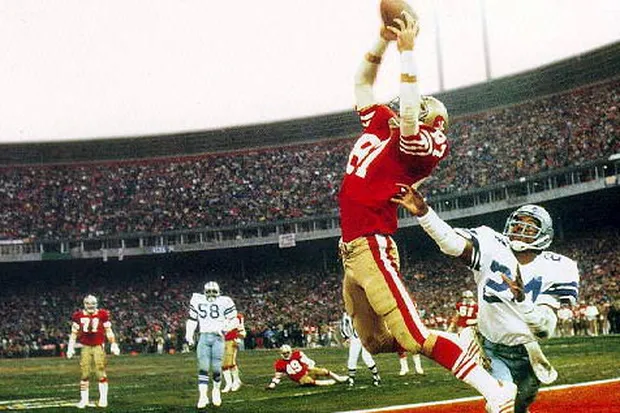 The NFL has many notable moments. But none more important than Dwight Clark’s demonstration of skill on January 10, 1982, in an event commonly known as “The Catch.”

Despite occurring over 40 years ago, the game-winning touchdown play remains one of the most impressive NFL moves in the history of the sport.

This article has all the answers that you need.

Who Was Dwight Clark?

Dwight Clark, a receiver for the San Francisco 49ers, is best known for making what is now seen as one of the most iconic catches during the 1981 NFC Championship. In the entire franchise history of the NFL, only Dwight Clark’s reception is commonly referred to as “The Catch.”

Clark’s discovery was a complete accident, so the fact he was drafted and then made the roster of a respected team was seen to be quite surprising.

If you want to bet on teams currently competing in the championship, you can check out these up-to-date NFL betting odds.

How Clark Got Into The NFL

Bill Walsh, the new 49ers coach, visited Clemson in 1979 to take a close look at Clark’s roommate Steve Fuller. Clark already had plans to play a round of golf and was about to head out to begin his game when he picked up the phone instead.

The representative of the 49ers on the other end managed to convince Clark to serve as Fuller’s receiver during his workout instead of playing golf. After the workout finished, Walsh was impressed with Clark’s ability.

The skills Clark displayed throughout the workout were something that the 49ers had never seen on tape before. This is because Clark was never a featured receiver at Clemson. Whenever he caught the ball, he made it count and managed to average an impressive 18.8 yards per catch.

Following this workout, Walsh selected Clark for the 49ers’ first pick of the tenth round (249th overall pick) in the NFL draft of 1979.

And now we come to a catch that truly changed the game of football forever.

Despite having quite an unmemorable rookie season and catching only 18 passes, Clark managed to make his mark with his team. He caught 80 passes including eight touchdowns in 1980 from quarterbacks Steve DeBerg and Joe Montana.

After suffering through several losses early on in the 1981 season, the Montana-led 49ers cruised straight into the playoffs with an impressive record. This included a 45-14 win over the Dallas Cowboys earlier on in the year.

The 49ers defeated the New York Giants in the divisional round and then went on to verse the Cowboys in a tense rematch with lots more on the line — a link directly to the Superbowl XVI.

Throughout the game, player momentum shifted equally between the two teams. In the second quarter, Clark managed to catch a 20-yard touchdown pass from Joe Montana that provided the 49ers with a slight 14-10 lead.

Late on in the fourth quarter with the game hanging in the balance and the 49ers trailing with 27-21, Montana swiftly guided the 49ers down the entire field.

With less than one minute left in the game and facing the 6-yard line belonging to Dallas, Montana fired to Freddie Solomon who had scored on the same play earlier on in the game.

However, Solomon, as Montana’s intended receiver, was covered by the Cowboys. This meant Montana had to improvise. He rolled right, pump-faked, then threw a high pass to the rear of the end zone. Though the ball looked like it was heading out of bounds, Clark made a successful leaping grab and tied the game.

This was the winning touchdown reception that meant the 49ers were bound for the Super Bowl!

Clark’s catch was featured on TV shows and commercials and was even on the cover of Sports Illustrated – gaining global notoriety for all the right reasons, and bringing widespread attention to the sport.

This dramatic win was the crown jewel of a memorable postseason in the NFL. The 49ers went on to dominate the NFL throughout the remainder of the 1980s, winning four titles within the decade.

Yet the largest ripple effect of “The Catch” wasn’t necessarily felt on the football field, but in the heart of the city of San Francisco itself. The Catch was the reason for a resurgence in visitors to the city after a tough couple of years caused by lots of negative press coverage.

What Happened To Clark?

Clark played for the 49ers throughout his nine-year career. He also earned All-Pro and Pro Bowl honors in 1982 and won an additional Super Bowl in 1984. Clark then retired after the 1987 season finished, and in 1988, the 49ers eventually retired his jersey.

Dwight Clark’s “The Catch” is now immortalized in the sporting world. Not only did the winning touchdown catch lift the 49ers to their first-ever Super Bowl, but it has made history as one of the greatest catches in the history of the NFL.