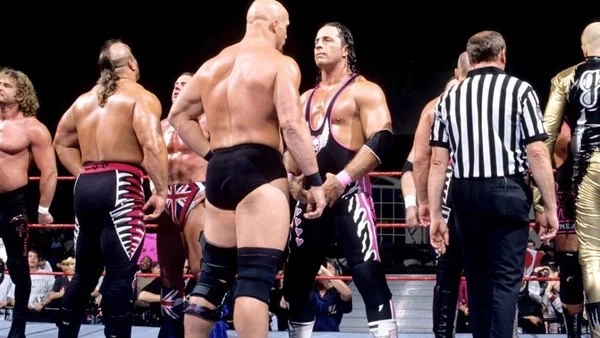 This week, we have a classic episode for you. We’re heading back to 2021, where we headed back to July 6, 1997, for the WWF’s Canadian Stampede In Your House.

It was such a different time in the World Wrestling Federation as they were getting their asses kicked in the ratings by World Championship Wrestling every Monday night, but it didn’t mean Monday Night Raw was a bad product. In fact, while a lot of stuff doesn’t hold up well today from the Attitude Era and even from around this time frame in 1997, the Hart Foundation’s crusade against the United States of America was one of the best wrestling storylines of all time.

This week, @VaughnMJohnson & @_piccone bring you a classic episode!

The beginning #CanadianStampede's main event was such a master class in professional wrestling.

We dive deep into this show that takes place in Calgary, Alberta, Canada, where the “bad guys” in America were the heroes in Canada. Bret Hart, Owen Hart, British Bulldog, Jim Neidhart, and Brian Pillman would prove victorious over Stone Cold Steve Austin, Ken Shamrock, Goldust, and the Legion of Doom in one of the greatest 10-man tag team matches ever. What a time.