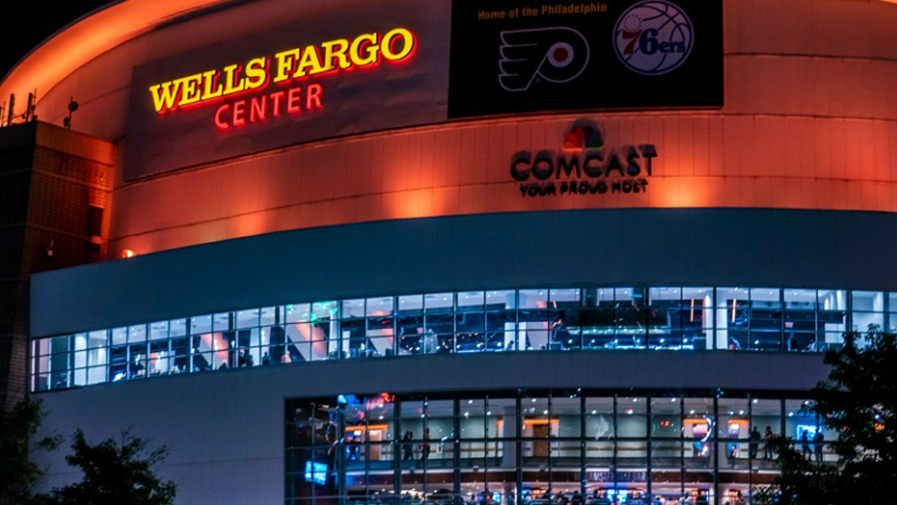 We’re back with an all new Brew. The Eagles roster is set. Jalen Reagor has been traded. Better food is coming to the Wells Fargo Center. Donald Trump is having a meltdown. Roman Reigns has been champion for two years. We have a lot to get to as always, so lets do this! It’s Brew time.

The Vikings trade for WR Jalen Reagor. (via @RapSheet) pic.twitter.com/LaVyP7MjMw

The Birds made another trade

Eagles have acquired S Chauncey Gardner-Johnson and a 7th round draft pick in 2025 from the Saints in exchange for a 5th round pick in 2023 and the later of the Eagles’ two 6th round picks in 2024.#FlyEaglesFly pic.twitter.com/YBW3G5JlvW

The @Eagles are going ALL IN this year.
Defense is LOADED on all three levels.
Offense has the best O-Line in football with diverse weapons at the skill positions. Jalen about to put a HURTING ON ALL HIS HATERS.

Mattison would fit in great on the Eagles

Could Alexander Mattison be on the move? pic.twitter.com/JRIgX3C4tf

Jason Peters to the Cowboys?

Jimmy Garoppolo and the 49ers have agreed to a contract that will make him the NFL’s highest paid backup QB, per @Rapsheet and @MikeGarafolo pic.twitter.com/kCNWQrGMtU

More on the change…

His game will be familiar territory: pizza. https://t.co/C4eJZKmSvt

The MLB is heading to Mexico City

History will be made! For the first time MLB will play a regular season series in Mexico City.

Ben Simmons and Maya Jama have ended their engagement, per @nypost pic.twitter.com/xKlCiD7yLW

LeBron James wants to play with his sons, Bronny and Bryce, in the NBA. Got a problem with that?@KingJames opens up to @Chris_Ballard33 about his grand plan in this month’s SI cover story https://t.co/9fi98rnb2d pic.twitter.com/qRBU1KaL30

Hardwood Classic uniforms for the Rockets

Our Hardwood Classic uniforms represent the beginning of a journey to greatness.

Our Classic jersey is back for the 35th season of HEAT Basketball. pic.twitter.com/BOXAOGOfR1

She’ll have a special edition sideline towel & bottle at the US Open this week: pic.twitter.com/tr7dmkUC9k

According to police records, over the past week, at least 35 Hyundais and Kias were stolen across the city. Police say the criminals learned how to start the cars on TikTok. https://t.co/78jwV7IIuK

The In-Home Support program is here

Did you test positive or have you been exposed to COVID-19? The In-Home Support program is here to help! pic.twitter.com/TUFHW93pbj

The whiny little b#tch is at it again…

this is truly bonkers pic.twitter.com/T7BkXq61E4

Drudge treating the con man how he should be treated

When people ask me how I think the media should treat Trump, I have an answer many find unexpected. Like @DRUDGE does. Look at today’s banner. He treats him like he would any other politician. pic.twitter.com/P7Ci2vmJEp

Trump is upset the feds took a pic of top secret docs on his fancy carpet. https://t.co/yronKyRXjU pic.twitter.com/ZaaqFKseV0

Trump is softer than tushy tissue

“Why are people so mean?” pic.twitter.com/G6hrWghJ16

Where the hell has Stacey Dash been?

Stacey Dash gets emotional after finding out DMX passed away over a year after his death, from overdosing. pic.twitter.com/LHUYQQEPQn

BTS footage of Dr Dre in the studio with Kanye West working on “Use This Gospel” 🔥🔊🔥pic.twitter.com/6RXUvg4l6z

Midnights, the stories of 13 sleepless nights scattered throughout my life, will be out October 21. Meet me at midnight.

Megan Fox rocks lilac hair and shows off her svelte figure in a violet dress as she holds a gun in promo images for new thriller film Johnny & Clyde https://t.co/OiT4nUAlwX

I love me some Trish Stratus

This fan got a treat

A fan threw their phone on stage during Megan Thee Stallion’s concert and this happened 😭😭 pic.twitter.com/AifSP147EG

Milestone for the Tribal Chief

2️⃣ years as CHAMPION? Believe that!

Congratulations to the Tribal Chief @WWERomanReigns on the incredible accomplishment.https://t.co/g2Bhy5ezqD