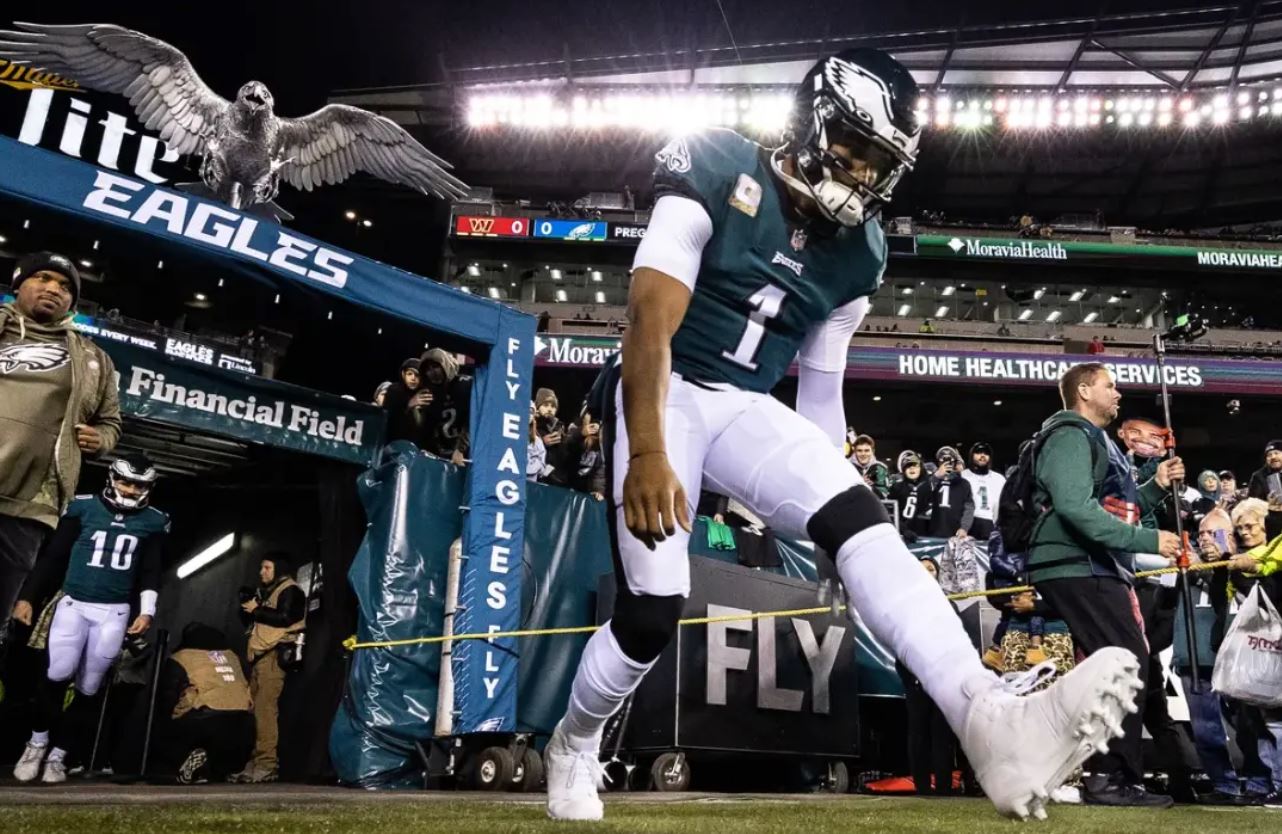 We’re back with an all new Brew. The Washington Commanders dropped the Eagles on Monday Night Football. The Eagles are no longer undefeated, but that probably is for the best. Bryce Harper will have surgery. Pete Rose wrote a letter to the Commissioner. Con-Man Donald Trump is running for President again to avoid jail time. We have a ton to get to, so lets do this. It’s Brew time!

The Birds are undefeated no more

Best thing for the @Eagles … no more undefeated talk. pic.twitter.com/6kw1yQsi1Q

Ron Rivera with an emotional speech

Ron Rivera, who recently lost his mother, was emotional in the locker room after the Commanders’ win on Monday night.

Hurts with the jump pass TD

Infuriating penalty to all but end the game…

A roughing penalty is called on Brandon Graham pic.twitter.com/A4zeDuoYmI

Rob Thomson on Bryce Harper having UCL surgery next Wednesday

“You don’t want to lose Bryce. He’s one of the best hitters in baseball, if not the best”

“We will be missing him but it will give somebody else a chance” pic.twitter.com/8n5QAaNM6E

Color me not shocked

There has been building frustration surrounding Nets star Ben Simmons’ availability and level of play, sources say. Simmons: “I get (the skepticism), but I think the one thing with me is that I’m a competitor.”

Story with @sam_amick at @TheAthletic: https://t.co/EwdqFsimcu

“I am asking for your forgiveness.” pic.twitter.com/gbyorwdCoS

New: Mike Tyson and Evander Holyfield have partnered up to create and deliver “Holy Ears,” edibles in the shape of an ear

“If i was on cannabis, I wouldn’t have bit his ear,” Tyson said, referring to the 1997 fight when the boxer bit Holyfield’s ear pic.twitter.com/WNjdi5Tnlz

Devan Kaney will be joining the WIP Morning Show

soo looks like I’m gonna have to set my alarm a *touch* earlier than usual next year?

words cannot even begin to describe how grateful and excited I am to be a part of the new @WIPMorningShow team.

What could go wrong with this?

BREAKING: @PhillyMayor announces city wins right to move many @PhillyPolice jobs to be held by civilians instead of officers. The city says having non-officers take over many duties now done by police officers will allow city to deploy more police to crime fighting @FOX29philly pic.twitter.com/zvk65BlR91

The turd that won’t flush…

The twice-impeached former president Donald Trump, 76, who refused to concede in the 2020 election and is the subject of multiple criminal investigations, is running again in 2024, increasing the likelihood of a potential rematch with President Biden. https://t.co/tp6BpXjn8Z

“I’m a victim. I will tell you. I’m a victim” — Trump pic.twitter.com/ietvHhTG2c

Trump is a failure

This headline wins the day…

CORRECTION: U.S. Republicans suffered another blow in the midterm elections, after vote count projections showed Kari Lake, a Trump-backed election denier, lost to Democrat Katie Hobbs in the closely-watched race for governor of Arizona. We will delete a tweet containing a typo pic.twitter.com/JYu18d7G6r

This sums it up…

Herschel Walker is a moron

Georgia Senate candidate Herschel Walker (R): “If we was ready for the green agenda, I’d raise my hand right now. But we’re not ready right now … What we need to do is keep having those gas-guzzling cars, ’cause we got the good emissions under those cars.” pic.twitter.com/KwEIEpdg8C

It’s set to be done by 2027, per @nytimes. pic.twitter.com/finiYzgAqe

Summer Carnival coming to CBP in 2023

All this dude does is win…