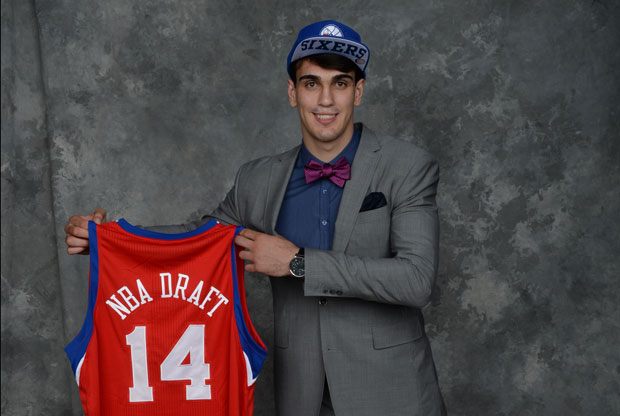 Dario Saric reportedly wanted to play for the Sixers this upcoming season, but that isn’t going to happen. But, according to a recent report, Saric may want to come to the United States to ball with Nerlens Noel, Jahlil Okafor and possibly Joel Embiid for the 2016-2017 season. Via Pro Basketball Talk:

“Next summer I will, probably, finally go where I want, to the biggest basketball league in the world, NBA,” Saric said. “It is imperative to do more next year with Efes and then it’s time for America. This year we tried something , but as Efes asked me to stay and said that they remain as an important player , I was forced to stay on it . Finally , I see that it makes sense to stay and improve here.”

Important note: Saric will be bound by the rookie scale should he come to the NBA next year. If he waits, he could possibly sign for more money. So there’s a few moving pieces here that will ultimately decide whether Saric joins the Sixers next year or waits two more years.