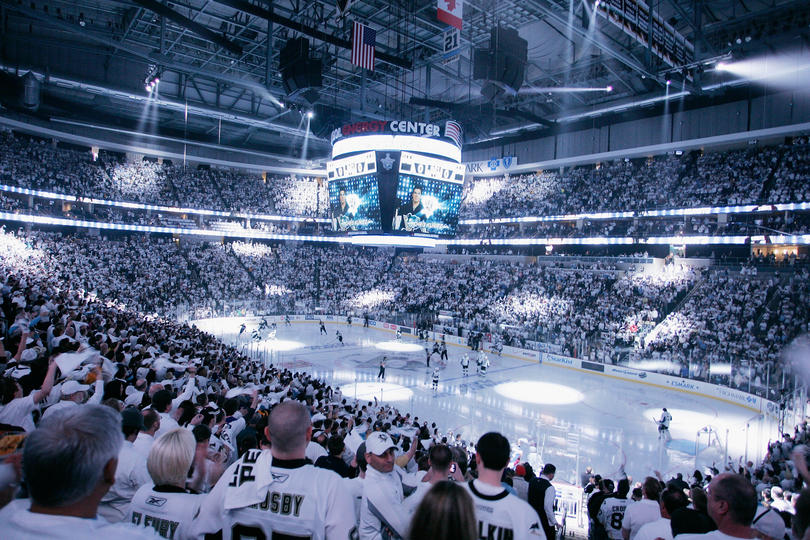 This could be ours.

A few months ago, word broke that Penguins owner, Mario Lemieux, was looking to sell the franchise that he bought in 1999 in order to maximize his return on equity value and interest rates. The Penguins are a much more valuable franchise today than when Lemieux took over sixteen years ago.

As this article on a Pittsburgh sports SB Nation blog states, Lemieux only bought the team as an investment, not exactly as the Messiah of Pittsburgh. It’s the same reason Joshua Harris and his bros bought the Sixers and Devils, essentially. Lemieux even tried selling the team back in 2006, and a deal was actually agreed upon before the other party rescinded their agreement.

Enter Flyers fans. The folks over at the OrangeAndBlackPack.com have started a GoFundMe campaign to raise $750 million to buy the Penguins. The writeup reads:

Recently it has come to light that Mario Lemieux is willing to sell the Pittsburgh Penguins for $750 million dollars. Well, we’re gonna buy em! We are the Orange and Black Pack, a dedicated Flyers hockey blog. We figure since the Flyers already figuratively
own the Penguins, their fans might as well literally own them.

You can find us at http:// www.orangeandblackpack.com or on Facebook and Twitter. In the very likely event we do not raise the money required to purchase the Penguins franchise, 100% of the money we have raised will be donated to Flyers Wives charities. Information on who Flyers Wives charities supports can be found here:  http://flyers.nhl.com/club/page.htm?id=105354

Please help us purchase the worst franchise in the NHL so we can try to make it better by doing things like:
– Painting the entire inside of the arena Orange and Black
– Putting a giant photo of Claude Giroux on the outside of the building, facing the highway
– Repainting the parking lots stripes orange, with a Flyers logo in each spot
– Using colored thread to impose a beach ball in the net Behind Fleury
– Make a wall of fame in the concourse with photos of our top donators

Thank you for your support!

It sort of makes sense. The Flyers currently own the CONSOL Energy Center, so if fans were able to gain ownership of the Penguins, we could probably move the team to play in the Atlantic Ocean and leave Pennsylvania to the Flyers.

Realizing their goal is likely not going to be achieved, any money raised during this campaign will be donated to Flyers Charities.