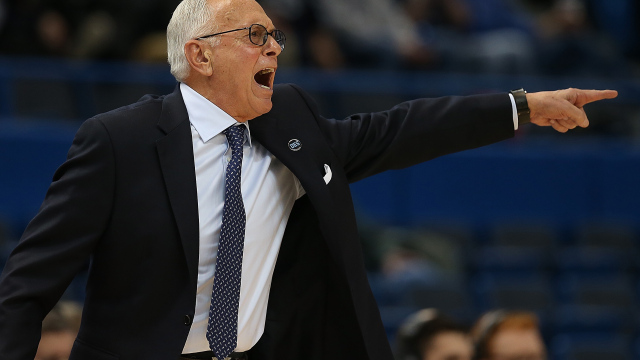 The Temple Owls stuck it to Larry Brown and his SMU Mustangs today. Brown’s Mustangs were the last remaining unbeaten in college basketball, until today.  Temple defeated SMU 89-80 at home. SMU came into the game ranked eighth in the country.

SMU had won their first 18 regular-season games and had been the last remaining undefeated team for nearly two weeks.

#Temple beats 8th Ranked #SMU – who was the ONLY undefeated team in the Country!

Regardless of how good SMU is this year, they are ineligible for postseason play this year because of NCAA violations. Temple fans rushed the court to celebrate the victory. The Owls were 14 for 29 from behind the three-point line. It’s the most that they’ve hit all season. Daniel Dingle had 14 points for Temple which has now won five of its last six games.