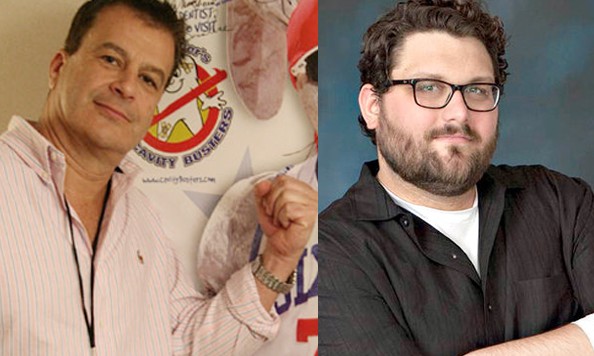 After the embarrassing show of display by some Flyers’ fans the other night against the Capitals, you knew that the media and more specifically Philly radio would be on fire on Tuesday with the discussion of the incident. The Flyers made their statement about the incident, but what would radio’s “top dogs” have to say about it? Well, Josh Innes and Mike Missanelli didn’t hold back. I have a feeling that people will have a lot to say about their comments, too.

You already know how we feel. We’ve posted it here and mentioned it on our social media platforms. We’re all pretty much in agreement. But what about Innes and Missanelli?

As expected, Josh Innes went in on Philadelphia having an “accountability problem.” Here’s what Innes had to say on the The Josh Innes Show, via CBS Philly.

And last night, what you saw in Wells Fargo Center is the last thing you want to see. Hockey team getting blown out — they’re not even on the same level as the Caps, we know that. It was an ugly game, it was despicable, it sucked, whatever. But then to have morons throwing these bracelets on the ice, to have a moron during the moment of silence for Ed Snider saying, ‘F the Pens.’ Stop blaming other people. Stop blaming other things, other substances. This city has an accountability problem. Stop blaming alcohol, stop blaming the results of the game, stop blaming other people. Start looking in the mirror. And this town has a major issue with that. It has a self-esteem problem, it has an accountability problem. Because everyone loves it when people talk about how tough the Philly fans — ‘They’re Philly tough, they’re Philly tough.’ But when the media calls you out on being neanderthals, the couple of people that were…then you get your feelings hurt.”

The initial reaction of many passionate Philly fans will probably be, “Screw Innes. He’s not Philly!” Perhaps. However, is what he said wrong? I definitely think there’s some validity to what he’s saying.

As I’ve previously stated, the poor behavior of some really screw things up for the majority of good fans in this city. But, just like any other sports’ cities, there are a bunch of complete morons that really do suck at life and because they’re loud and obnoxious, it takes on the perception is reality theory that Innes mentions.

But what about Innes’ competition? What would Mikey Miss have to say?

In contrast to Innes, Missanelli sounded like a Philadelphia politician. While defending Flyers’ fans, he took a more talk-show host approach. Here’s what he had to say.

Here’s what I have to say and I’m going to say it clearly and I’m going to say it loudly. To make the Philadelphia fan base culpable is the wrong thing to do. To make IDIOTS culpable is the right thing to do. And I call out all the IDIOTS who dared throw the lighted bracelets onto the ice last night… Do you know what you were throwing? You were throwing kind of a candle, a religious artifact of some sort. That’s what the symbolism was suppose to be. You light a candle for the memory of Ed Snider. That’s what you were throwing on the ice last night. I would like to speak to one of those people who has the guts enough to call the show and tell me why you threw something on the ice last night and I want to help you. I don’t want to scold you. I want to help you. I want to see what your story is. I want to see why you’re so unhappy inside that you would do something like that. I’m not going to yell at you.”

Clearly Missanelli was trying to find his inner Dr. Phil. He would proceed to tell the imaginary person that wasn’t on his show that what he does with behavior like that is give the rest of Philadelphia a bad reputation.

But don’t take my word for it. Listen to what Missanelli had to say here. The opening four minutes are where you can tell how he’s approaching the situation.

To me, whether you agree/like Innes or not, he’s giving it to you real and gets you looking at the situation from a different perspective. It’s thought provoking, one way or the other. On the other hand, you get captain obvious Missanelli. Point goes to Innes in my opinion, even though I don’t agree with everything he says. I prefer real.