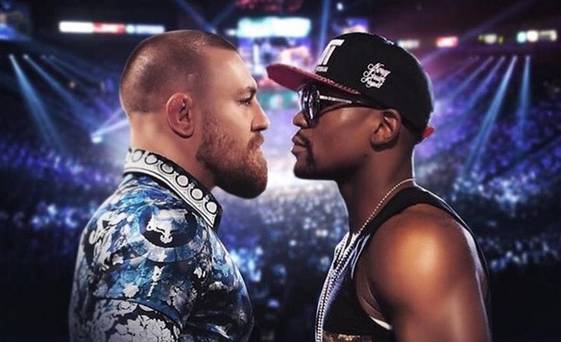 Here’s some huge news out of the UFC-Boxing world to talk about today. Rumors of boxing’s Floyd Mayweather facing UFC’s Conor McGregor are heating up. Friday, UFC president, Dana White, denied that the two fighters would face each other.

However, do you really think Dana White would turn down an opportunity like this to line his pockets? I sure as hell don’t. This match would bring in so much revenue for UFC that White would have to be a complete moron to not let this happen.

Saturday, Floyd Mayweather Sr. confirmed that his son was in talks with an MMA fighter. Like his son, he did some trash-talking as well. Trash-talk seems to run in that family. [Via BloodyElbow.com]

Conor McGregor fueled the speculation as well with this Tweet:

If that doesn’t get you hyped, just listen to Floyd Mayweather himself address the possible fight.