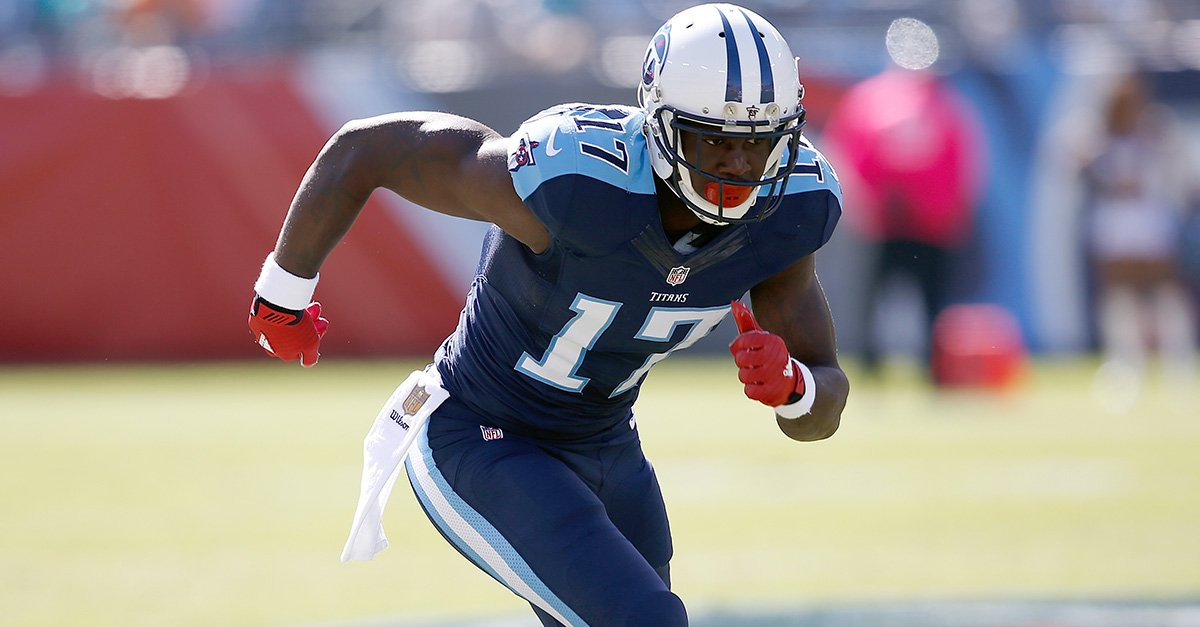 Huge move for the Eagles this morning. They’ve traded guard/tackle Dennis Kelly to the Titans in exchange for 2015 second-round draft pick, wide receiver Dorial Green-Beckham. He was compared to Plaxico Burress heading into last year’s draft.

Green-Beckham averaged 17.2 yards/catch, catching 32 passes for 549 yards, and had four touchdowns in his rookie campaign last season. It’s a huge get for the Eagles because their receivers are clearly a weakness on the offense. Sure, they’re not the only weakness, but this could open up lanes for Jordan Matthews and Nelson Agholor, and even Josh Huff if Green-Beckham lives up to his potential.

Green-Beckham, the 40th-overall selection in the 2015 NFL Draft, caught 32 passes for 549 yards and four touchdowns in his rookie season with the Titans.

Standing tall at 6-5, 237 pounds, Green-Beckham played his college football at the University of Missouri, racking up 1,278 yards and 17 touchdowns in his first two seasons. After being dismissed from the team due to an off-the-field incident, the receiver transferred to Oklahoma, but had to sit out the 2014 season due to NCAA transfer rules. After that season concluded, Green-Beckham decided to declare for the NFL Draft.

A gifted athlete, Green-Beckham was the top overall recruit in the nation coming out of Hillcrest High School (Missouri) in 2011. At the 2015 NFL Scouting Combine, he ran a 4.49 40-yard dash and recorded a 33.5 inch vertical jump.

Dave Spadaro has a story up on Green-Beckham, and does his best to explain why the Eagles would take a chance on a guy who has lacked off-field smarts.

With his size and 4.49 speed, Green-Beckham is the prototype superstar wide receiver from a physical standpoint. But he has not demonstrated good judgment off the field, has been in trouble with the law and has recently has his “work ethic” questioned in Tennessee.

Spadaro
Why in the world would the Titans give up on a player they used a second-round draft pick on one year ago? Clearly, the Titans didn’t think Green-Beckham was worth the trouble.

The Eagles do, and while they didn’t pay a commanding price – Kelly was a valuable reserve lineman at guard and tackle and the emergence of some young linemen will mitigate his loss – they are taking on the challenge of providing Green-Beckham the right path in Philadelphia.

Big question – how the hell did they find a team to take Dennis Kelly?