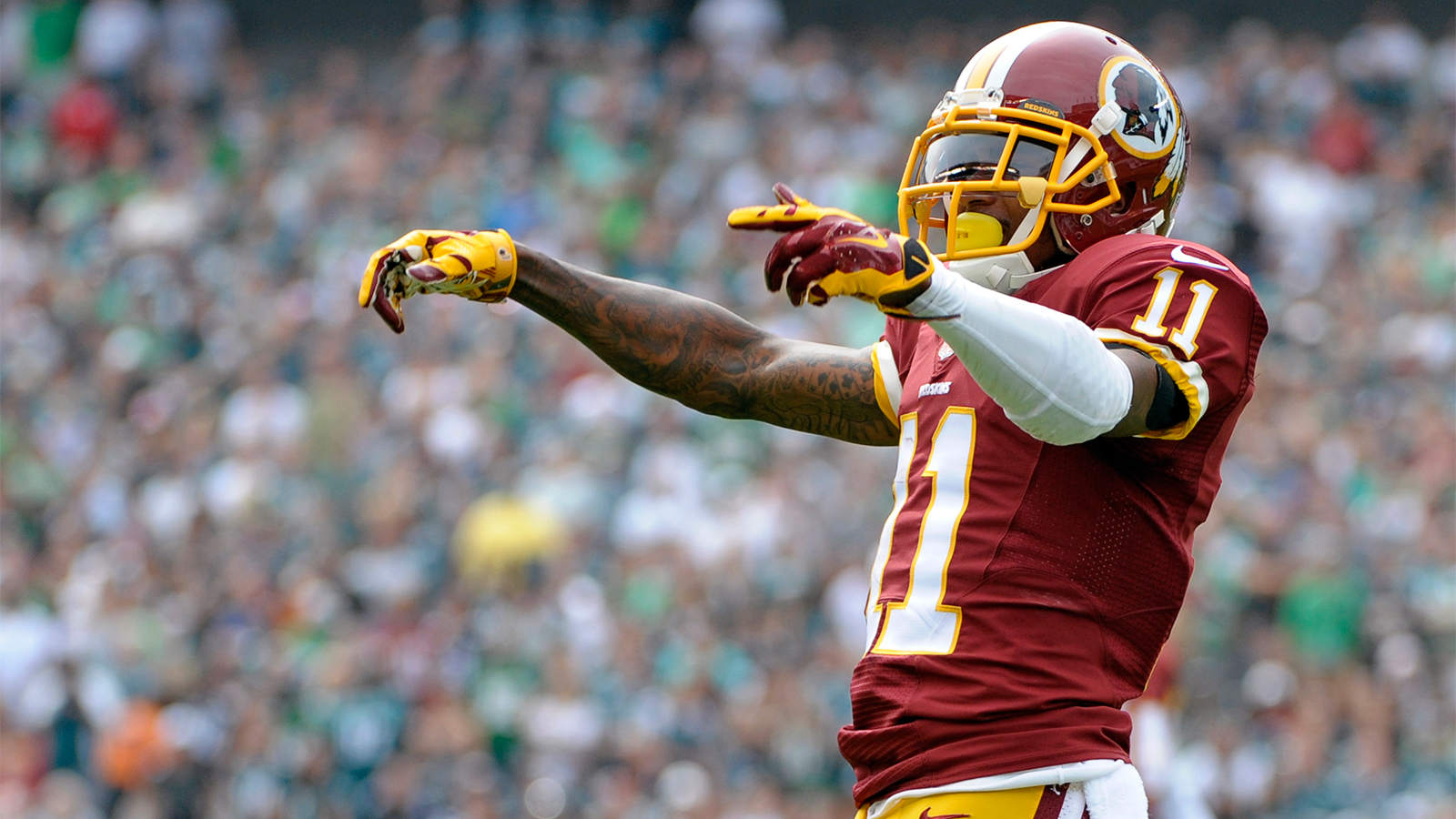 DeSean Jackson is still bitter about Chip Kelly, but not Philadelphia.

Jackson is set to become a free agent at the end of the season and didn’t rule out a return to the Eagles during a conference call with reporters on Wednesday.

“I never really had hard feelings toward Philadelphia, besides being released by whoever released me,” Jackson said via Jimmy Kempski of the Philly Voice. “That’s different but, I guess he’s not there no more. It’s never really been hard feelings toward the city or to the team, the organization. But like I say, things happen, you move on, and I’m blessed to be playing at a high level.”

Jackson signed a three-year, $24 million contract with the Washington Redskins in 2014 after Kelly released him. The Eagles have struggled to find a deep threat since.

Here’s what he said when asked about possibly returning to Philly.

“We still have 11 games here, so being in a contract year, next year I’ll be a free agent, you never know how things will turn out,” Jackson said. “Whatever God’s calling is, I think I’ll definitely be blessed to be wherever that is. Hopefully, it’ll still be here in Washington and not have to really worry about that, but you never know how this industry, this business will turn out, so you keep your options open and do what you need to do to keep a job in the NFL.”

The 29-year-old Jackson has 18 receptions for 278 yards and a touchdown so far this season, although Kirk Cousins hasn’t done him any favors. He still possesses that blow-by speed despite nearing 30.

Will Jackson return to Philly? I’m not going to rule it out like Jackson did, but it’s hard for me to buy that it’s going to happen. It would also have to be a short-term deal for me to be interested. The speed tends to dwindle once that 30-year mark approaches. He’s a lot better than the slop the Eagles have at wide receiver right now, however.

He’d be a great asset for Carson Wentz and at least those air yards would go up.