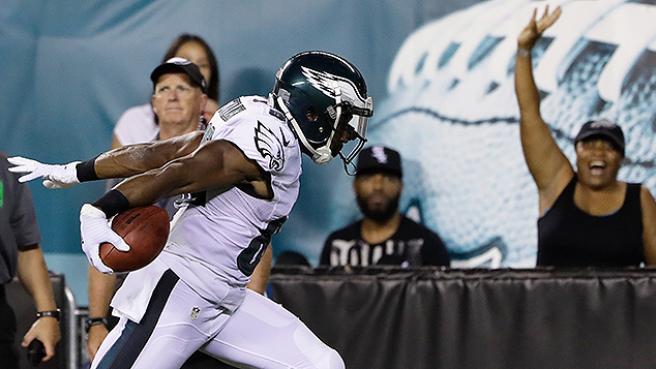 Paul Turner is finally going to get his shot.

Philadelphia Eagles head coach Doug Pederson announced Monday during his press conference that Turner has been activated to the active roster and cornerback Aaron Grymes has been released.

Coach Pederson announces that CB Aaron Grymes has been released and WR Paul Turner has been signed to the active roster.

The undrafted rookie wide receiver Turner had an unbelievable camp and preseason, literally catching every ball thrown his way. He’s only 5’11 and not considered a burner, but has great hands and can make plays in traffic. The Louisiana Tech product Turner led the preseason with 17 receptions to go with 165 yards and a 71-yard punt return for a touchdown.

Paul Turner has been the only WR not dropping passes, this one-handed snag was ridiculous pic.twitter.com/KZLSLqfLxy