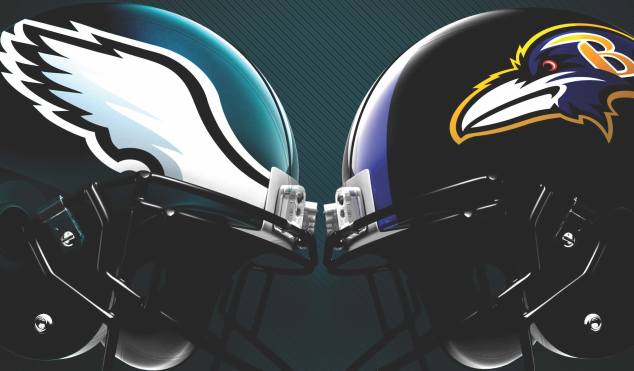 The Eagles are basically playing for pride now. And so are we with our weekly predictions. Despite it being really easy to quit on the season now, we’re going to continue our predictions until Week 17. Let’s get to them.

Dave Uram:
It’s going to be an ugly game, but Baltimore’s outstanding rush defense will force the Eagles to be a one-dimensional passing team, which is where they always fail. This will be the Birds’ seventh straight loss on the road.

Ray Hagan:
The Birds are finished. At this point all they can do is give Cleveland a worse draft pick as a best case scenario. I expect them to win against New York and win against Dallas to close the season, because why not?

But this week? Against Baltimore? No chance. This is going to be a bloodbath. I expect Baltimore to absolutely dominate on both sides of the ball. Many games haven’t been fun to watch of late, this might be the worst of the bunch.

Tony Cutillo:
I made a promise to myself that last week would be the final time I pick the Eagles to win this year. As hard as it is to swallow, it seems logical that our beloved Birds may actually lose out. They head into Baltimore with a depleted offensive line and a defense that still is looking for their Week 1 magic. Terrell Suggs will feast on our offensive woes and we will struggle to run the ball with any efficiency. Not much else to say but here’s to the 2017 season!

Tyler Trumbauer:
The Eagles continue down a path which many thought would never be traveled this season after the 3-0 start. Amazingly, the Birds are not mathematically eliminated from the playoffs, yet, however I have a better chance of dating Jennifer Lawrence than this team does of qualifying for the postseason. This team is down and out as the injuries are starting to mount. The Ravens, who are not having an elite year, are still competitive and in the hunt. They need this win and the Eagles need to just make sure nothing happens to Carson Wentz. The Ravens win the ‘Battle of the Birds’ as the Eagles get a score from defense or special teams to keep it somewhat close.

Candis McLean:
Each week, I keep telling myself I’ve got to pick the Eagles at some point. Every week after I look at the matchup, I pick the opponent. This week is no different. The Eagles are playing musical chairs with the offensive line, I can’t name one healthy running back, and our wide receivers are mediocre at best. And that’s putting it nicely. On the defensive side of the ball, it’s been of cocktail of poor tackling and horrible coverage. I look for Steve Smith, Sr. to play like he’s 24 and tell all of our corners to “Ice up, son!” It won’t be a fun afternoon.

Adrian Fedkiw:
Going up against a desperate team that is a game behind the Pittsburgh Steelers in the AFC North and in a must-win situation, I’m going with the Ravens. I do believe Wentz will have another big afternoon going up against a suspect Ravens secondary.

Nick Piccone:
I’m with Adrian here. Baltimore is too desperate of a team to let the Eagles, who are playing for pride, come in and take the win from them. Though, it wouldn’t surprise me because this game doesn’t mean a lot for the Eagles anyway – despite the fact they can still make the playoffs with 5 million to one odds – that the Birds come out and grab a convincing win to give us some hope for 2017. They play the Giants at home on Thursday night, so their sights may be looking ahead. It’s really hard to pick against the Ravens, as you’ve seen above, but I think the Eagles do have a chance. It’ll be a close game, but ultimately the Ravens need the win more.