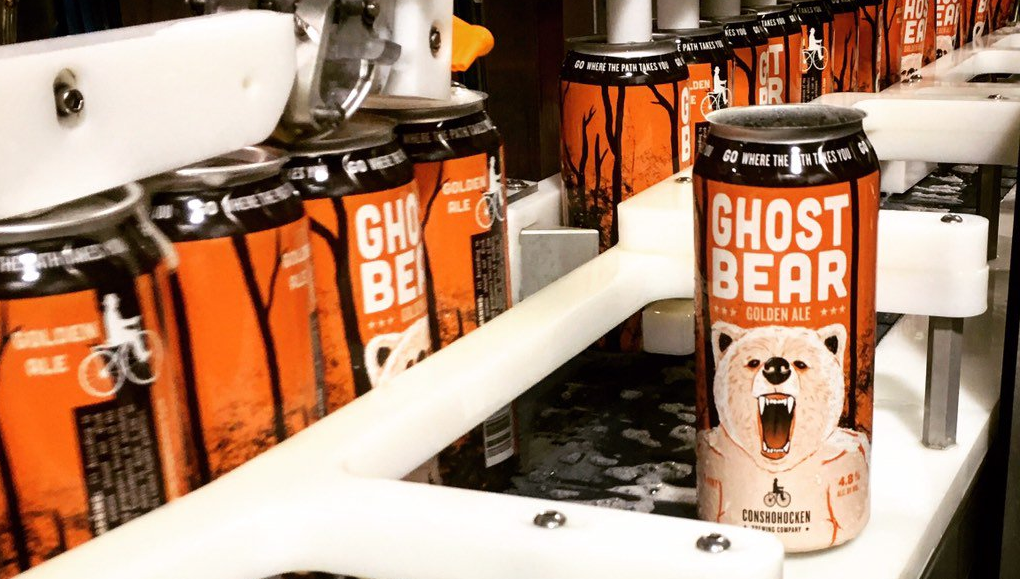 OK, well, maybe not really. But the official introduction of the Conshohocken Brewing Co.’s newest beer, the Ghost Bear Golden Ale, was met with high praise this past weekend when it made its debut at both Conshohocken Brewing Co.’s locations in Conshohocken and Bridgeport. I was honored to be a part of Glen Macnow’s grand opening party for the location in Bridgeport on DeKalb Street Saturday afternoon. Sure, I was very much invested in the ongoing Flyers game, in which Brayden Schenn’s hat trick capped a come-from-behind win against the Dallas Stars. But being there with many Philly sports personalities and celebrities was something special.

I also got my first taste of the Ghost Bear Golden Ale, a beer that was concocted by Andrew Horne, at the event. Coupled with some fantastic bites, including some delicious pulled pork, left me selfishly wanting more. Alas, I realized not all of that food and ale was for me, so I set the limit at three sandwiches and two beers. Not too bad, right?

The Conshohocken Brewing Co.’s Bridgeport location features a brewhouse 3-BBL small batch brewing system created to come up with new concoctions, and they have 12 rotating taps in the bar downstairs. Upstairs, where we were stationed, features plenty of places to sit along with TVs to follow along with the action, a long bar and heavenly restrooms.

For the full menu, click here. You can also see what’s on tap by clicking here.

As for the beer? Ah, yes. Let’s talk about the beer.

The Ghost Bear Golden Ale was released in time for the holidays, as a sessionable ale. Macnow describes it thusly: “crisp taste, goes down easy. Perfect for parties – or watching games with friends.”

I couldn’t agree more. I could have had more beers, for sure, and, in fact, I probably should have. The Ghost Bear Golden Ale doesn’t contain a high alcohol content, and it certainly has a clean finish with a pinch of sweetness to it, went down smoothly. It looked pretty cool, too.

I’m not the biggest beer drinker in the world. There’s something about carbonated beverages that doesn’t sit well with my throat. But a carbonated beverage that goes down smoothly and tastes good is certainly something the Ghost Bear Golden Ale has going for it. It’s a hat trick in my mouth. Or something.

You can check out the digs and head to any Conshohocken Brewing Co. location to buy the Ghost Bear Golden Ale, but you better hurry. It’s one of the hottest sellers. You can buy them at:

If you’re using your GPS for the Brewpub location, put in 96 DeKalb St. The parking lot will be across the street from that. Credit to Philly.com’s Michael Klein for the tip.