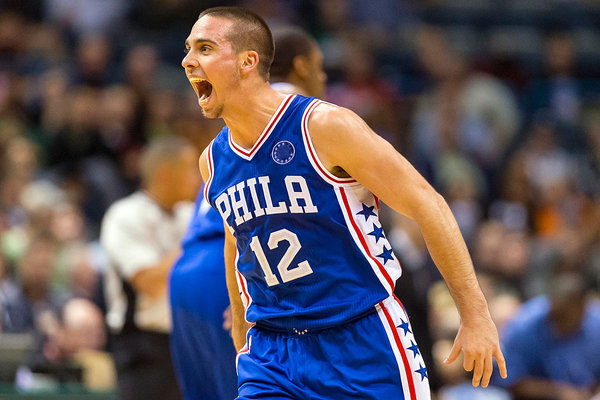 The first weekend without football. It sucked. Thank goodness for Netflix.

Here’s the Morning Brew to start your week. Enjoy!

Coaches love hustle, except when it scores points for the opponent.

The Red Hot Chili Peppers complete their two-day stop at the Wells Fargo Center Monday, February 13th. A day after their sold out Sunday night blowout concert, the band will come back to rock the house again. Ticket are still available for the multi Grammy-winning and record breaking act. (Tickets)

A local high school girls basketball team was attacked by a dog on its team bus. (Philly.com)

The lovable Sixer with the great hair, T.J. McConnell, was featured on NBA Inside Stuff.

Punch Line Philly curates this anti-Valentine’s Day shows case each year. Host Chris Lundy and DJ Prof will highlight this comedy story slam. Various guest will grace the stage to tell their misfortunes in love, humorous tales of romance, and more. You can bring your friends, a date, and your story down to this great Ex-Files event. There are two shows at 7 p.m. and 9:30 p.m. Tickets are $15. (Event Info)

Remember seeing Jon Dorenbos at the Super Bowl congratulating the Patriots? He was there for The Ellen DeGeneres Show and it was pretty funny.

The Franklin Institute will have a tremendous heart themed line for February 14th. Guests who come to the Institute On February 12th, 13th, and 14th will get to take home personalized Valentine’s Day cards. All exhibitions will be open, there will be a specialized viewing for the holiday, and that night there will be a wine event. For science lovers what better way to spend Valentine’s Day than in this great space that centered by a literal giant heart? (Event Info)

A high school basketball game broke out in a brawl where a tall guy blindsided the smallest player on the opposing team.

Bryan Cranston attended a Sixers game last week and had some fun with Tony Parker.