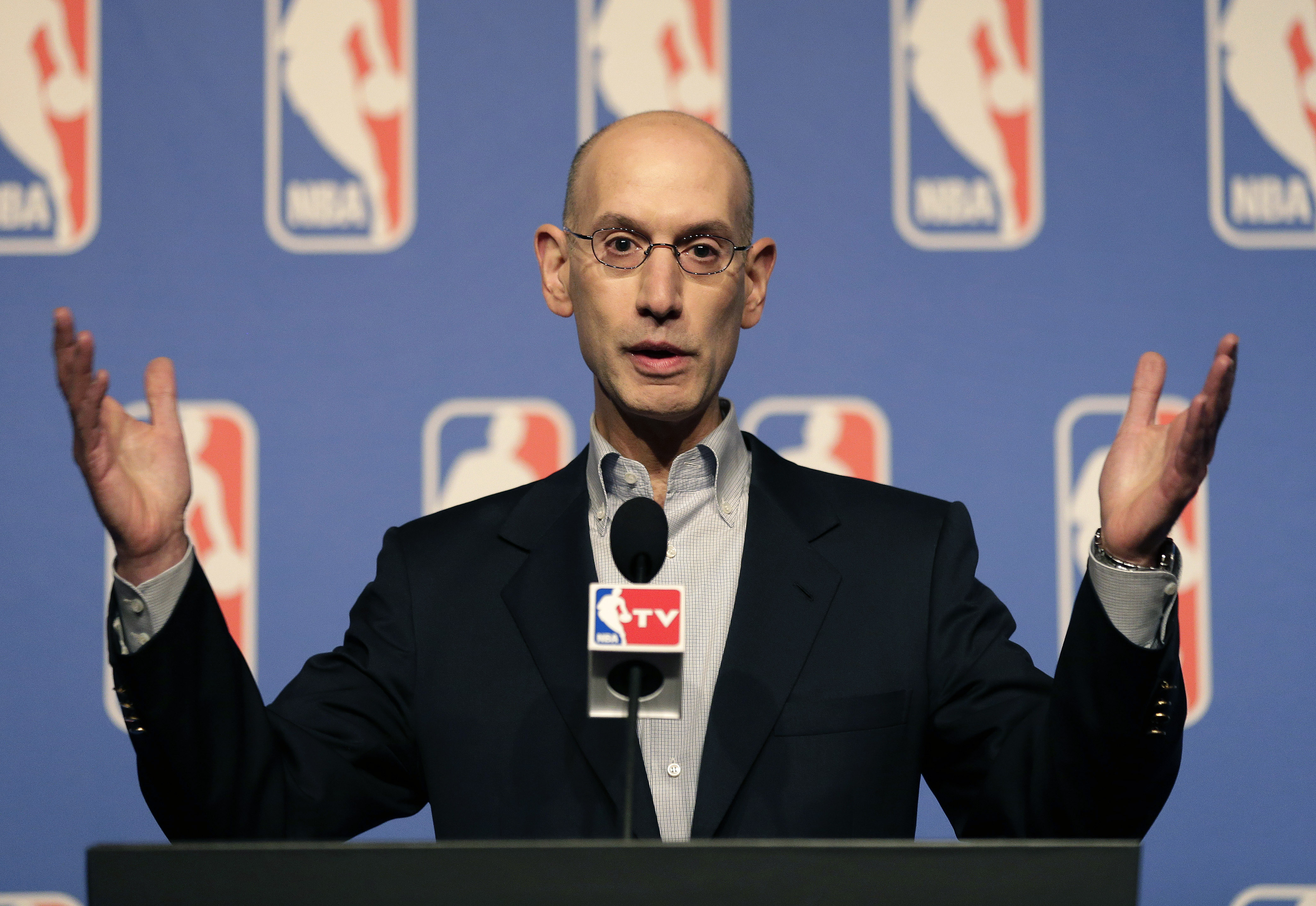 The 2017 NBA Finals taught us that commissioner Adam Silver is dealing with a major problem, whether he agrees or not.

The belief, or at least hope, was the Warriors-Cavaliers trilogy would be an entertaining seven-game series that made sitting through weeks of playoff blowouts worth your while.

But, with the Warriors leading the Cavaliers 3-0 heading into Friday’s Game 4, it’s quite the contrary. The NBA Playoffs, including The Finals, are a giant spoiler alert.

They’re the first three episodes of “The Star Wars” saga. We knew Anakin Skywalker became Darth Vader, just unaware of the specifics. Most people were left disappointed by the overall product that led to the well known ending.

This year’s playoffs are “the Internet,” or some sort of “Wiki” on the world wide web. We’re left with the feeling of cheating ourselves out of suspense because we went to the net to look up what’s going to happen on a TV show that we’re binging, such as I did while watching Breaking Bad earlier this year. The big difference: Breaking Bad was entertaining. The NBA Finals, and the playoffs as a whole, aren’t.

It’s the exact opposite of the Stanley Cup Playoffs, which is featuring its “worst” team in the Final, two wins away from a championship heading into Thursday night’s Game 5. Parity exists in hockey, while it’s no where to be found in basketball. Nothing proves this more than Charles Barkley admitting this fact on another sports network … one that doesn’t employ him.

Can the Cavaliers make Game 4 competitive? Absolutely. Can Cleveland win a couple of games by luck or because of an off night for the Warriors core? Sure. But in the end, we all know what’s going to happen and that’s the Warriors are going to be 2017 NBA Champions.

Parade planners in the Bay Area, get the parade ready. You’re getting a heads up.

This became obvious a week ago when Kevin Durant dominated Game 1, being a man among boys, including LeBron James. Nobody is stopping this team and no one will in the future barring an injury or stupid suspension, i.e. Steph Curry, Andrew Bogut and Draymond Green in 2016.

It doesn’t matter the Cavs have the best player in the world in James. Golden State is just too good.

Durant isn’t to blame. You and former players can argue that they wouldn’t do what Durant did, which was leave Oklahoma City to join the team that just beat them. The guy really wanted to win. Can we be hypocrites by criticizing players who chose big money over winning while ripping those who pick a better place to win?

Sometimes superteams take a year or two to gel. Sometimes they never work out. Other times, they click in the first season. You’re witnessing that. And it’s boring.

So what can NBA commissioner Adam Silver do about this? Unfortunately, I still don’t know. It’s more of a mystery than Odubel Herrera [stay tuned … that was a tease.]

But I do know that, with the exception of Game 3, the NBA Finals have been a snooze fest.

Something needs to be done.

-Phillies centerfielder Odubel Herrera remains a topic of debate and a giant enigma. Focusing only on the field, he clearly has figured out his struggles at the plate with nine doubles in his last five games and his last 11 hits being for extra bases as of Thursday morning. Herrera is talented enough to be a fixture in the Phillies future. He can hit for power and average, while field and run. However, his baseball IQ remains a question mark. Herrera makes too many mistakes where he either seems confused or doesn’t hustle. Sometimes it’s both. A prime example is Wednesday night when he stopped running in the 4th inning because he thought he was tagged on the base path, when, in fact, he wasn’t. The 25-year-old can be a fun player for years to come. He can also be a giant headache. The question is: which one will he be more of?

The Phillies began their four-game winning streak with a very good Major League debut by Ben Lively, one that went seven innings, only allowing a run. It’s likely that Lively wouldn’t have been called up unless there were vacant spots on the rotation left by injuries. It’s obvious that promoting prospects not only makes the Phils more interesting for the fans, but gives the team a jolt of life they didn’t have in May.

-Eagles head coach Doug Pederson said Thursday morning that the Birds aren’t interested “at this time” in signing wide receiver Jeremy Maclin. They shouldn’t be. Why give up on Alshon Jeffery or, more likely, Torrey Smith already? Maclin’s health is a question and his numbers dipped last season. He’ll always be a solid former Eagle who Chip Kelly mistakenly let leave for Kansas City, but no reason for a reunion after addressing the wide receiver position through free agency.

-76ers President Bryan Colangelo reiterated this week that the Sixers aren’t ruling out the possibility they’ll move the third overall pick in this month’s NBA Draft. In fact, there really isn’t an obvious direction to go with this selection, assuming Markelle Fultz and Lonzo Ball go one and two. Even if that doesn’t happen, who knows what Colonelo will do? Colangelo has been in charge for three major decision making moments with the 76ers, the 2016 NBA Draft, 2016 free agency and the 2017 trade deadline. One involved him taking Ben Simmons, which was a no brainer, but he didn’t impress in free agency or the deadline. With several different scenarios that could happen in two weeks, are you confident Colangelo will make the right decision? It’s pretty hard to feel that way given his track record.

Dave Uram is a weekly contributor to Philly Influencer. You can follow him on Twitter (@MrUram) and email him at [email protected].