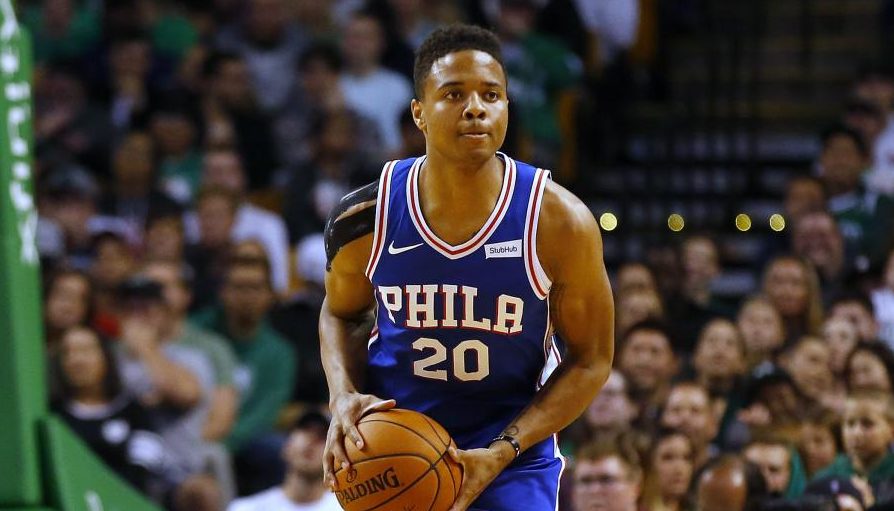 You could sense that something wasn’t right with Markelle Fultz’s shoulder, and on Tuesday it was confirmed.

Fultz’s agent Raymond Brothers told ESPN’s Adrian Wojnarowski that his client had fluid drained out of the back of his shoulder during the preseason and has been unable to raise his arms to shoot the basketball.

“Markelle had a shoulder injury and fluid drained out of the back of his shoulder. He literally cannot raise up his arms to shoot the basketball. He decided to try and fight through the pain to help the team. He has a great attitude. We are committed to finding a solution to get Markelle back to 100 percent.”

I’m pissed off, this entire Philadelphia 76ers medical staff needs to go! How Fultz was even cleared to play to begin with boggles my mind!

I literally just wrote about this during a post on Monday.

The 76ers’ No. 1 draft choice has been coming off the bench for the team’s first four games and has averaged 6.0 points and is shooting 33.3 percent from the floor. He hasn’t attempted many jumpers, especially the pull-up variety. Fultz has been showing off the spin move and has been getting to the tin, but has been unable to finish. When I saw this free throw clank off the left side of the backboard, that’s when the jokes stopped about Fultz and I knew there was something more going on.

Defenders have been sagging off and essentially daring Fultz to shoot, but he hasn’t pulled the trigger. That wasn’t the case during his days at Washington or even the Summer League.

Left wing triple from Fultz with Exum's hand in his face. Exum has provided a nice test for Fultz in the first half. pic.twitter.com/gSOOpuKT5r

Brothers is encouraged by what he’s seen despite the shooting limitations.

From a basketball perspective, it’s been encouraging to see that Markelle can get any shot he wants during the games, but he has been unable to shoot the ball.

Fultz was 64.9 percent from the foul line during his lone season with the Huskies and is connecting on just 50 percent of attempts from the charity stripe through four games. His mechanics clearly look like they’ve gotten in his head. Fultz should sit on the bench until whatever is seemingly bothering that shoulder is diagnosed. No decision has been made regarding Fultz’s playing status, but the No. 1 pick plans on seeing a specialist in the near future.

“He had a cortisone shot on Oct. 5, which means fluid was put into his shoulder — not taken out,” agent Raymond Brothers told ESPN on Tuesday night. “My intention earlier was to let people know that he’s been experiencing discomfort. We will continue to work with (Sixers general manager) Bryan Colangelo and the medical staff.”

This doesn’t make it any less worrisome, though.