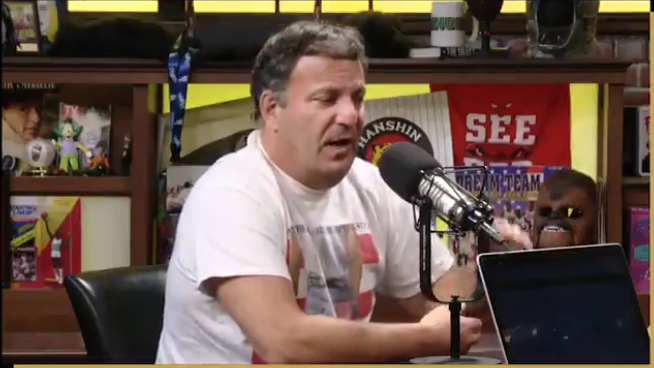 During the latest Ringer podcast, Lombardi, who said before the season that Pederson was the least qualified NFL coach he’d seen in 30-plus years in the NFL, changed his stance and said that he was wrong about how far he went with his criticism.

.@mlombardiNFL admits he was wrong about Doug Pederson's ability to lead the #Eagles pic.twitter.com/ZWTIWqoW0w

“I admit, I’m wrong. Okay, Doug Pederson was way better than I thought he was going to be in terms of his ability to lead that team. I think Jim Schwartz is a tremendous defensive coordinator. I think he deserves a lot of credit here. But I thought (Pederson) did a really good job with Nick Foles (against Atlanta). So all you Philly fans give me all this crap about, ‘Give Doug Pederson his due,’ yeah, okay, I was wrong. He’s a better coach. Now he’s going to have to do it again this week, and we’ll see how that is, but for me, I think when you win a playoff game, and you beat a team that you’re an underdog to, and you beat Matt Ryan, and Nick Foles plays well enough, I think you deserve it. I think I have to admit, hey look, I think I was wrong in terms of how far I went with Doug, I’m not sure how great of a coach Doug is, but I was wrong in terms of how far I went with it.”

He’s still not sure how great of a coach he is, huh? I guess we’ll find out this weekend.