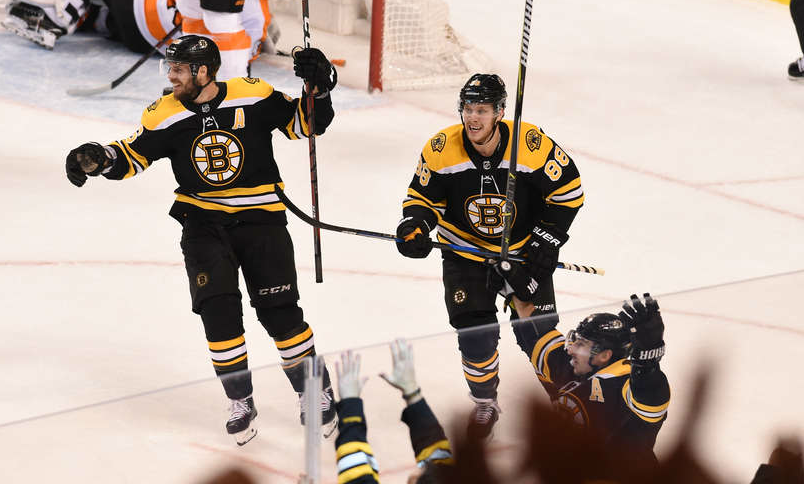 It seemed like the Philadelphia Flyers would finally right the ship on Thursday night in Boston against the Bruins. With the team falling closer and closer out of a guaranteed playoff spot in the Metropolitan Division, they were in desperate need of a win.

Unfortunately, they did not get one against the Bruins.

The Flyers are in the midst of a five-game losing streak and the schedule is only going to get harder with the Winnipeg Jets, Vegas Golden Knights and Columbus Blue Jackets on the horizon for the next three. The Flyers are currently only three points ahead of the New Jersey Devils for the third spot in the division.

Alex Lyon got the nod Thursday night and played very well against a Bruins team who has been one of the best in the league since the turn of the new year. He stopped 24 of 27 shots, and while that save percentage doesn’t scream “great game” Lyon kept the Flyers in the game until about 20 seconds to go when Brad Marchand tucked one in from the goal line.

The Flyers are struggling to get a win right now and are at full strength minus their two goalies who started the season in Brian Elliott and Michal Neuvirth and if the Flyers want to stop this skid Petr Mrazek is going to need to go streaking.

Mrazek won his first three games as a Flyers but has lost the last four, three in regulation and one in a shootout, but the Flyers are going to need him to pull it together if they want to keep their spot in the division.

There are only 14 games remaining in the season but that is 28 important points up for grabs. With the Devils (76 points), Blue Jackets (75 Points), and Panthers (73 Points) all within striking distance of the Flyers they are going to need to fix some things in order to get back on the winning track.

Recently, the Flyers had four games where they did not take a penalty but gave up four power plays in one period to the Penguins Wednesday night and took three penalties against the Bruins.

The Flyers have the 29th ranked penalty kill in the league and they are going to need to fix that if they want any chance at the playoffs and making noise in the dance.

The Flyers also need to find a way to hold momentum and a lead as they lead both the Penguins and Bruins 2-1 before going on to lose.

It is going to be an exciting last month of the season as the Flyers are going to need to buckle down and find a way to get some momentum going and, if possible, carry it into the playoffs for the first time since 2016.