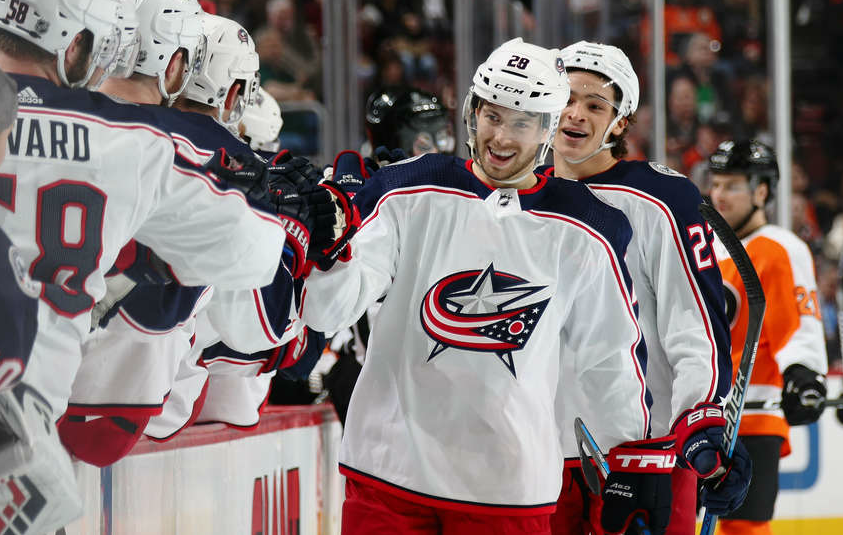 At one point over the last month, the Philadelphia Flyers were firmly in a playoff spot. With 11 games to go now in the regular season, that certainty now seems more like a dwindling hope.

The Flyers have three points in their last eight games; certainly a run like that won’t help them get into the playoffs.

Petr Mrazek let in four goals on ten shots. Three of those goals were deflections or screens and the one that eventually got him pulled was a slapshot far side that should have been saved. This was not only on Mrazek, this was a full team effort that the Flyers were just never able to get on track.

The Blue Jackets scored the first two goals of the game and the Flyers never recovered.  Claude Giroux scored on a laser of a slap shot, but the Jackets added another goal to make it 3-1 to end the first period. The Flyers then outscored the Jackets 2-1 in the second period but couldn’t make the full comeback to try to at least get a point in a pivotal divisional game.

The Flyers are now tied with Columbus at 81 points and the Devils are right behind them with 80. And right behind New Jersey are the Florida Panthers sitting at 77 points with three games in hand on all the teams in front of them.

The Flyers’ next three games are against the Hurricanes, Capitals and Red Wings. All winnable games, but with the way they are playing right now, it wouldn’t be fair to assume anything of this team. If the Flyers want to make the playoffs they will need to get consistent goaltending and get angry. If they don’t they will only have 11 more games before hitting the links.

On the bright side, if Mrazek doesn’t win five games for the Flyers this year at least they only gave up a fourth-round pick for a failed experiment.