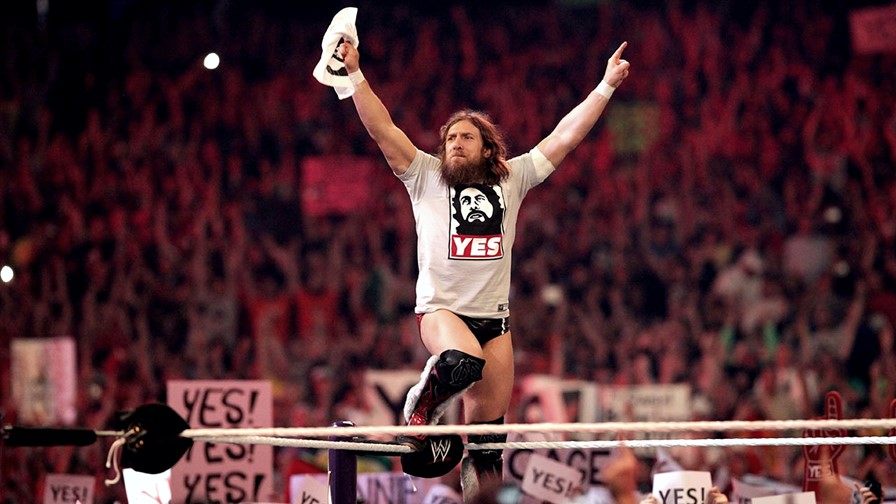 YES! YES! YES! It’s been a long two years full of twists and turns, but WWE has officially cleared Daniel Bryan for in-ring competition. Some of us thought this day would never come, and some were just waiting for Bryan to let his WWE contract expire so he could go peruse the Indy scene.

But now, we won’t have to wait. Bryan’s return was highlighted by a massive beatdown by the hands of Kevin Owens and Sami Zayn after he fired them. Bryan took a few big bumps and now we all anxiously await for him to possibly be back in the ring at WrestleMania. What lies ahead for the future of Daniel Bryan? Who can he have matches with? Will he stay in WWE or head to the indies when his contract expires? Will he be full-time or part-time? We discuss this and much, much more on this week’s episode.

WWE announced Mark Henry as their newest inductee into the WWE Hall of Fame Class of 2018. Nick, Brian and Adrian give their thoughts on “The World’s Strongest Man” from his lackluster beginning to his career through the Nation, Sexual Chocolate and Hall of Pain.

With the Road to WrestleMania getting shorter, WWE angles are picking up major steam. What did the guys think about the Lesnar/Reigns angle from RAW? With Reigns handcuffed, Lesnar tore him apart. John Cena and The Undertaker just need to wrestle already. Why was Kane on RAW? Why is he facing Cena next Monday?

Our own Eagles reporter Adrian Fedkiw made his Straight Shooters debut as we discussed everything wrestling!