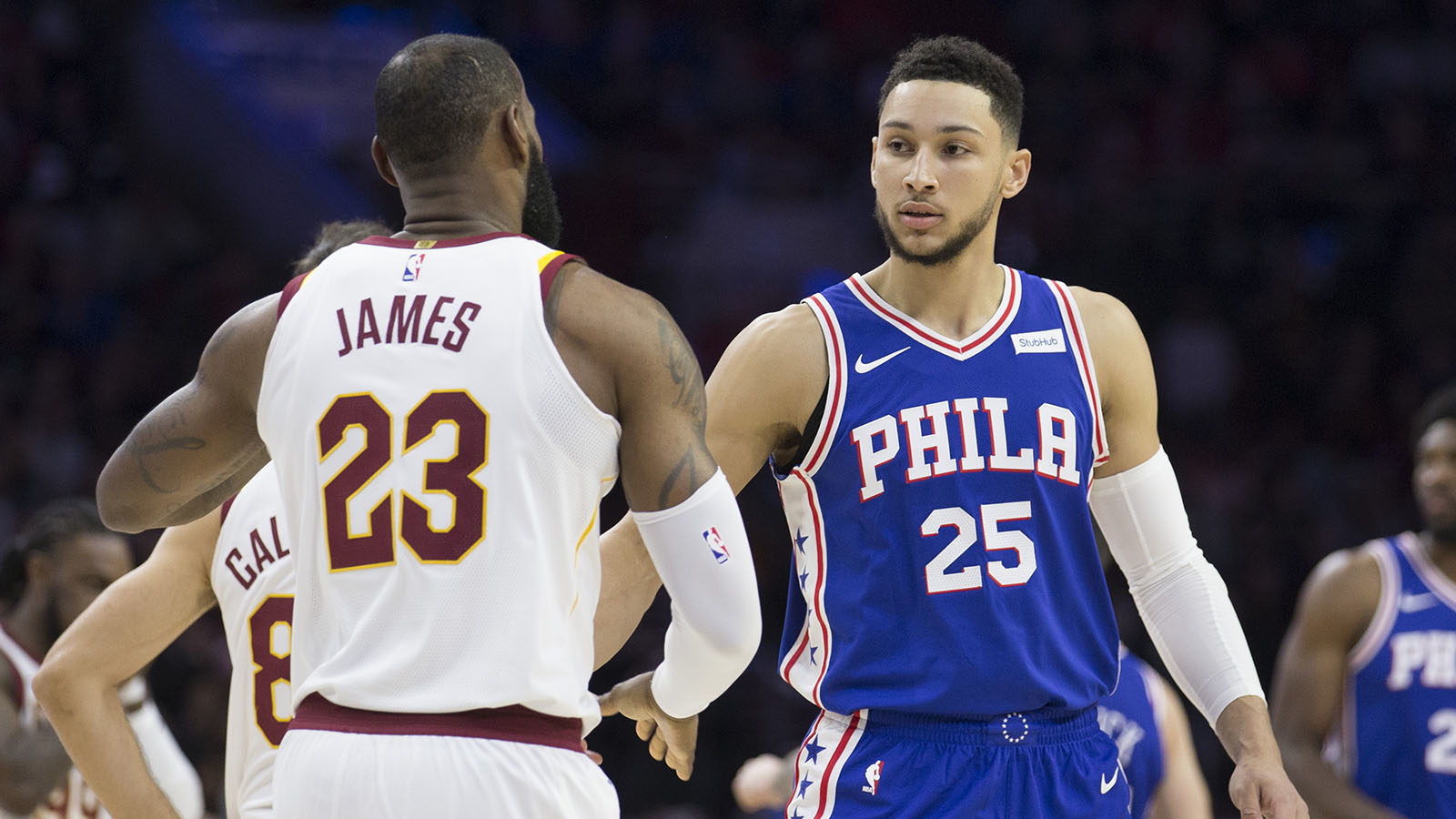 Philadelphia 76ers head coach and interim general manager Brett Brown doesn’t come off as a man who stretches the truth and keeps silly secrets.
His desires are as clear as your regular glass of Philadelphia’s finest tap water.

“We are star hunting,” Brown said via Sarah Todd of philly.com.

Brown’s aspirations can’t be more transparent, especially since less than an hour after drafting a local kid who’s mother works for the organization, he traded that talent to land a draft pick three years away.

The sixth-year Sixers coach wants a superstar, as do his young cornerstones Joel Embiid and Ben Simmons.

"he needs a new team… Sixers"

Oh, and by the way, not that’s it’s surprising, but LeBron James is available, so a trade isn’t even needed for his services.

LeBron James’ agent informed the Cavs he will not exercise his $35.6 million option and thus will become an unrestricted free agent, sources told @clevelanddotcom … Story coming

The Sixers possess the talent and assets. The fan base is strong. The city beautiful and easy to navigate. It’s a sports-crazed town.

Now, a few weeks ago, I wrote, “Why would LeBron James want to play for the Sixers?”, with the focus of the piece centering on the inexperience of the Sixers’ ownership, which will hire its fifth general manager since taking over the team earlier this decade.

Newsflash: the Sixers owners are just as inexperienced today as they were three weeks ago, but where I miscalculated the direction in which my opinion was taken, was not that James or other free agents shouldn’t want to come to Philly, but moreso the optics of this ownership group’s history making them less appealing to deal with as a superstar coming in.

It should be a red flag to James and others, but it shouldn’t be a deal-breaker. Joshua Harris, despite his lack of longevity in professional sports, doesn’t appear super controlling like a Jerry Jones-type owner. He may not hire the right people in very important positions, but his decision-makers operate with some level of autonomy, however big or small.

“At the end of the day, Josh looked at me and I did what I did,” Brown said about the Mikal Bridges trade, per Noah Levick of NBCSportsPhiladelphia.com. “I approved the deal.”

It’s easy to speculate that James would want to go to the Lakers because the Los Angeles area is already home to him, it possesses tons of business opportunities and he could form another “Big 3” type combination if Kawhi Leonard is traded there by the Spurs or Paul George signs.

Even though the Lakers would greatly improve, it’s not a better opportunity for James. He’d be competing against the likes of Golden State and Houston to get to The Finals, along with talented teams such as Utah, Portland, New Orleans, etc.

In the East, there are the Celtics and Raptors. The Cavs would be done if he in fact does exit Cleveland for a second time.

The Lakers’ roster, as it’s constructed now, isn’t better than the 76ers’, who possess Embiid, Simmons, Dario Saric and maybe the re-signing of JJ Redick. Not to mention, maybe Markelle Fultz could contribute like a top overall pick is supposed to.

The Lakers’ basketball operations are run by Magic Johnson. The Sixers are currently being navigated by Brown, with a permanent general manager to come. During his second stint with Cleveland, many considered James the unofficial general manager because of his alleged influence behind the scenes. Will the Johnson/James dynamic work? I think James’ best shot of getting “his guy” is joining the Sixers and guiding management through the new general manager search.

And if it’s going to take adding Leonard, or maybe even George to lure James, then those two should realize they could be in a better basketball situation with Embiid and Simmons than Lonzo Ball and Kyle Kuzma. Not to mention, Brown has positive history with Leonard.

It’s very important for the Sixers to land one, or maybe two of these stars, preferably James, if they’re going to be championship contenders. They realize that with their draft night actions and public admission to “star hunting.” Now it’s up to the stars, and partly the Spurs, where these big names end up. Ownership aside, coming to Philadelphia would be a slam dunk.