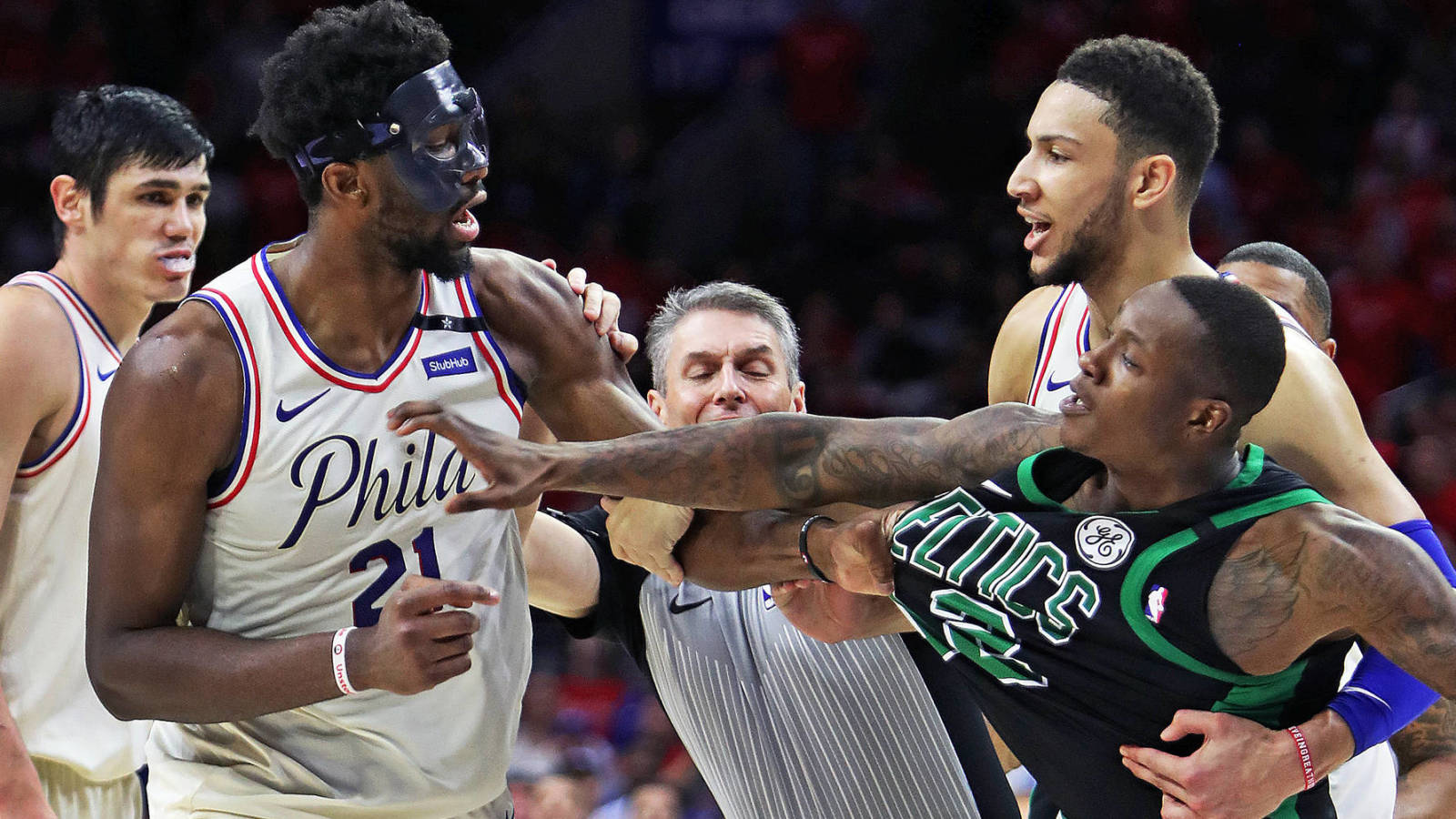 The 2018-19 NBA schedule has been released and the Philadelphia 76ers were given some major exposure on the national level. However, this didn’t stop the always outspoken Boston Celtics point guard Terry Rozier to put his view on playing in Philadelphia on blast. His comments about facing the Sixers on Opening Night and Christmas Day during his appearance on Barstool’s Mickstape podcast will only fuel a response from JoJo himself. We are anxiously waiting on Instagram for the next shoe to drop. You can listen to the comments below.

What does Terry Rozier (@T_Rozzay3) think about playing the @sixers on Opening Day and Christmas?

After listening to the comments, I have to ask, “Who is Terry Rozier?” Did he instantly become a household name? This is the same guy who has a career average of 7.2 PPG during the regular season. I know he broke out in the playoffs, but every leprechaun finds a rainbow once in a while. Here are his stats:

In closing, I would just like to advise Rozier to watch his comments going further. Philadelphia isn’t Boston and you aren’t Embiid. When you are here, the shade you will feel will be enough to erase your playoff memories. Oh, and you may want to bring your buddy Drew Bledsoe with you, too. The battle on the court is sure to be severe and you may want to have a backup plan as a winemaker. I hear Doubleback Winery (Bledsoe’s family business) is looking for help and offers one hell of a retirement plan!