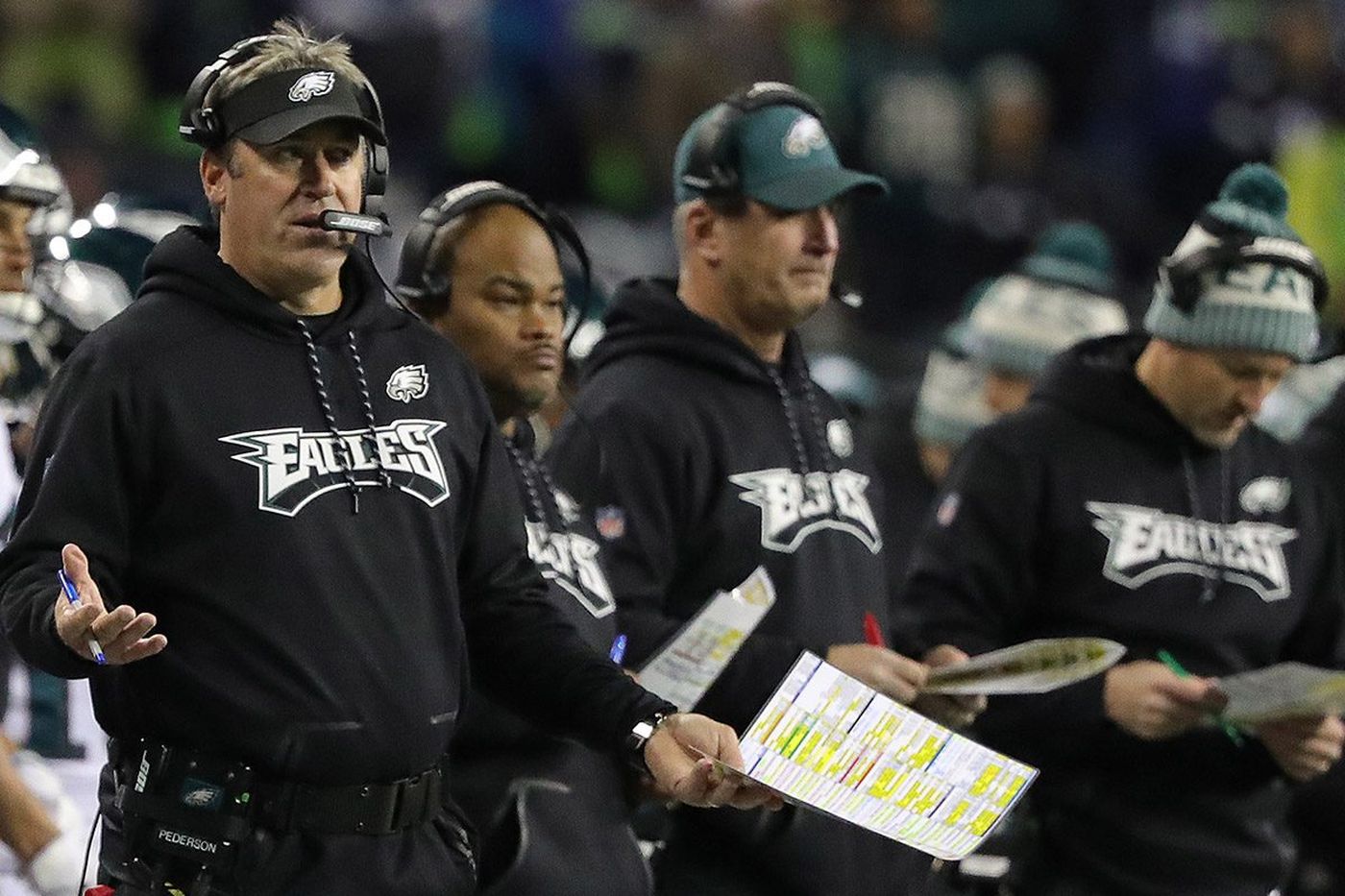 Where do we even start? What game do we begin to point at as the turning point? What off-season move has come back to haunt the Birds? We can sit here all day and debate what’s wrong with our Eagles, but until the ones that matter fix what they already know is broken, it is all for naught. I am going to attempt to take a different view, one less concerning and little different from the norm.

Let’s rewind back to the off-season when the national talk was dissecting how hard it is to repeat as Super Bowl Champions. We all know the history, no need to repeat. This is the NFL and you just don’t walk all over you competition expecting to come out victorious. There’s a formula for success, one the Eagles had last year. Now, it feels they need to create a new potion.

When the rumors started swirling about trading Nick Foles for a second-round pick, I immediately said yes. I jumped in line quicker than Doughboy at his first barbecue when he got out of the pen. My reasoning was based on a four-game absence of Carson Wentz and another quarterback to lead us to 2-2 before his return. Foles didn’t get traded, Wentz only missed two games and returned in Week 3, and the Eagles were 1-1. It almost panned out exactly how I thought it would, except for the unforeseen stripping of their offensive and defensive prowess.

There are many things we can look at while trying to piece together a puzzle with many pieces that do not fit. Some are fixable now, while some will have to wait another year. As long as we know we aren’t too far away.

Each week. we hear about Jalen Mills needing to find another spot, preferably on the bench. While there may be a little truth to this, I still do not think we can let the Green Goblin take the hit for the team’s poor play in the secondary. I’m still trying to understand whoever said Mills was a top corner in this league. He was always average at best. Let’s remember that Patrick Robinson was a big part of the defensive unit last year and one that held it all together. Now, we trust a second-year [practically a rookie anyway] guy in Sidney Jones to step right in without missing a beat. This is just one of the players that are being put on blast for the team’s deficiencies. What about the coaches? What about Doug?

You have to take a deep look at this team and try to make sense of what has transpired. This team was supposed to be stronger than it was last year. Getting back some key pieces was only going to solidify the foundation we had already built. Instead, it has created an unstable locker room that is looking towards their coach for guidance. Where you at, Doug?

Doug was never a guy who sounded smooth on the mic or confident in an interview. He would always stumble through scenarios, but get his audience to laugh or chuckle to make everyone feel okay. The guy who went for it with a plan last year had help. He never was truly sure at what time of the game to do it or what play to call, that’s what his staff was for. All we need to do is look at that bad challenge play that even had Joe Buck searching for an explanation or when he was asked if he wanted “Philly Philly” in the Super Bowl. Say what you would like, but I still think he wasn’t too sure of it and even looked/sounded hesitant.

One of those guys who he used to lean on is John DeFilippo. DeFilippo anchored our quarterbacks down for two years and now is calling the offensive plays in Minnesota. Just by watching them play, you can tell he has a fire in him that keeps burning, one that Doug still may be searching for. Yes, Doug won a Super Bowl. However, he had a lot of help along the way. Am I saying he will never recover? No. What I’m doing is trying to open up the eyes of people who are solely blaming the players. Who is Doug leaning on now?

Just take a look at Mike McCarthy in Green Bay. He won a Super Bowl, yet he has always had issues in the locker room and with people questioning his decisions. My point is, Doug doesn’t get a pass from us or his players.

This is a situation we have never dealt with before and an area of expertise many have never visited. But, how do we deal? What do we do? Did anyone watch the Cowboys offense try to move the ball? How many seen the Giants give their best punch, but still couldn’t get the KO? The fact of the matter is this, the NFC East stinks and the Eagles are still in it. Will they have home-field advantage? No. Will they go 9-2? No. However, they still have Carson Wentz. As long as they have him, there is always hope. Now if the coaches can just devise the right game plan to keep him safe, we can turn this thing around.